‘Battlefront:’ a nostalgic shooter for a new generation 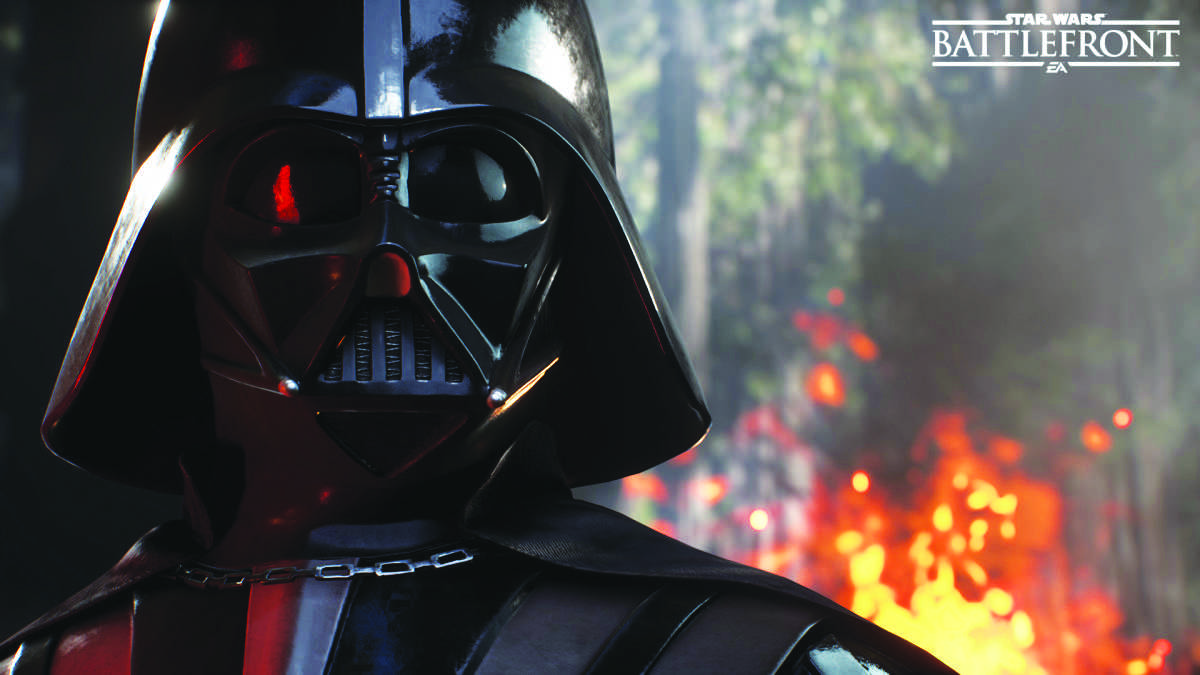 All true “Star Wars” fans remember watching “Episode IV: A New Hope” as a kid. That iconic opening scene with Darth Vader began it all. The curiosity, excitement and fear viewers felt as children still resonates today. How could the filmmakers fit so much into such a small scene?

This is how “Star Wars” fans feel with the new video game, “Star Wars: Battlefront.” It was released on Nov. 17, 2015 for PlayStation 4, Xbox One and PC, and was reviewed on a PlayStation 4. For such a small package, the developers managed to fit in fantastic content that succinctly and successfully gives players the feeling of being in a “Star Wars” movie. From flying snowspeeders above Hoth to taking down AT-STs on Endor, every match seems specially crafted with an acute attention to detail.

The detail doesn’t stop with gameplay. The worlds are gorgeous, each having their own persona and style. Hoth’s battlefields are vast and flat while Tatooine’s are close and tight. The immaculate textures on walls, rocks or snow will make the player stop mid-game to stare at the detail. The maps are so intricate and precise that any unloaded area or texture stands out like a Tusken Raider on the Death Star. For the most part, however, these instances are few and far between as the game runs quite smoothly, only stuttering occasionally.

Aside from the stunning graphics and licensed content, “Battlefront” is a solid shooter in its own right. One of the things that EA delivers is a sense of personalization. For example, Star Cards are items that players can activate mid-match to help gain an edge over the enemy team. From grenades to sniper rifles to even a short range jetpack, which is beneficial to use during combat, Star Cards can change the way a battle is won. A well-timed personal shield can save the player from certain death. Star card power-ups and basic control settings help the player feel they chose how to play each match.

Like the Star Cards, the camera settings provide an unlikely tactical decision for players to make. Players can switch between first and third person perspectives on the fly to suit their skills or needs. Most often players control their soldiers in first person. Off the ground and in the ships, however, third person made flying much easier. Zooming around the skies in an X-wing above a battle was incredibly satisfying, but first person made the controls feel clunky and severely limited vision.

This leads to the various game modes that “Battlefront” offers, and also to some issues with the game. The core modes are Walker Assault and Supremacy. These allow players the full range of abilities, vehicles and hero options during gameplay.

In any given game, players can spawn in underneath massive AT-ATs on Hoth as Stormtroopers determined to crush the rebellion. Above them is a lumbering behemoth that could devastate any form of rebel turret or stationary defense. Above that is the sky, filled with X-wings and TIE Fighters zipping around at incredible speed exchanging blaster fire and missiles in an intricate tango where the slightest misstep means failure. Rushing ahead, players pick off rebel fighters with a small group of other Stormtroopers.

The game culminates when heroes clash. For example, Luke Skywalker and Darth Vader could have a lightsaber duel in the middle of a battle, each being assisted by their team on the ground and in the air as a climactic end to an epic fight. Experiences like this are common in “Star Wars: Battlefront.”

Players can pick up Hero power-ups which spawn at set intervals in certain places throughout the match. Then they choose between three Heroes that are unique to their faction, rebel or empire, from a total of six Heroes in the game. Luke Skywalker, Princess Leia and Han Solo are for the rebellion. Darth Vader, Emperor Palpatine and Boba Fett are for the Empire. Although the Hero selection is light in the base game, there are more advertised in future DLC content. Choosing these Heroes requires the gamer to play either Walker Assault, Supremacy or other smaller game modes.

There aren’t many other game modes of value in “Battlefront.” The less interesting game modes range from poorly executed to ill-conceived. For example, Droid Run is a mode that requires players to run around maps securing neutral moving droids for their team to win. At the end of the time limit, the team with the most droids wins.

But the droids can be captured fairly quickly, so a team can hold all three the entire game but still lose because of a bad last minute of gameplay. It’s modes like this that make “Battlefront” feel smaller than it actually is. Players can feel like part of the game is being locked out to them because of bad design choices.

The main criticism and weakness of “Battlefront” is its repetition. “The whole effect will depend on how long you can sustain the thrill of being in Star Wars,” Keith Stuart from The Guardian wrote. Once the nostalgia wears off, the player is left with a lot of customization options and gorgeous maps to play on, but they get old quickly. The main source of this is the lack of content after players reach the maximum level. There is not a solid single player experience to speak of, so players can’t finish a campaign.

After players unlock all the Star Cards and skin customization options, “Battlefront” sort of, stops. There is not much more content making players come back for more. Games like “Call of Duty” excel in this area, with their prestige mode and seemingly endless unlocks always leaving something to strive for. When you reach level 50 in “Battlefront” there is a sweet sense of accomplishment, but little else.

That said, there are four expansion packs announced for the game. Each promise to add new Heroes, planets and game modes. Maybe more content will be added for players that want to experience more in the Star Wars universe, but for the time being, the base game and its many problems are all players have.