Honors director steps down in protest 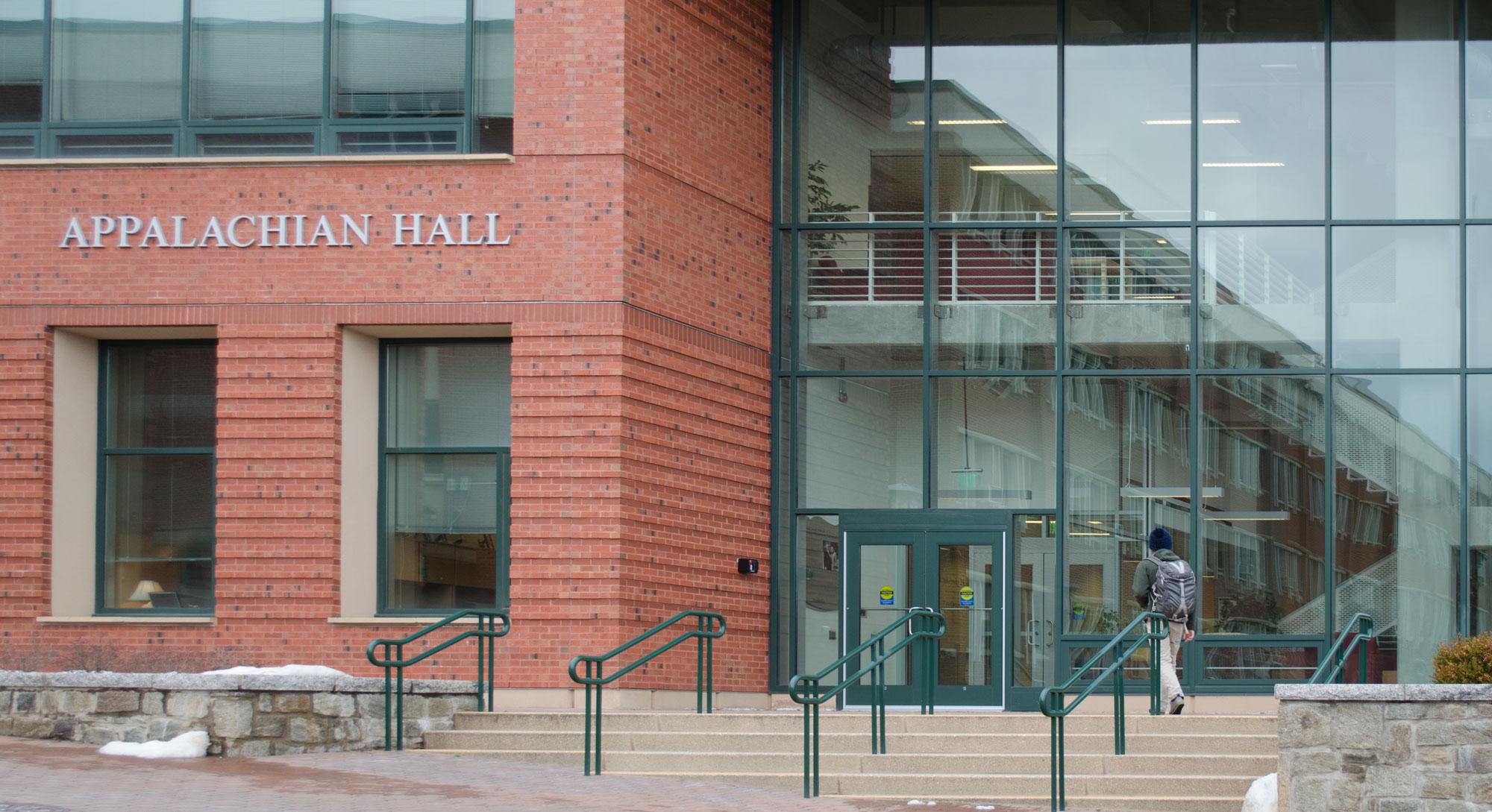 The provost announced on Jan. 11 at the Faculty Senate meeting that no immediate action would be taken to complete the implementation of full college-level status for the Honors College at Appalachian State University, which calls for a titled dean, representation on college-level committees and a college-sized budget.

The Honors College at Appalachian State was first approved to start making the transition from program to college in 2006. Since then, there have been attempts to complete the transition, including a unanimous vote made by the Faculty Senate in November 2015 to support the cause.

In response to the decision made by the provost, Leslie Jones, director of the Honors College, announced through an email on Jan. 19 that she would be stepping down as director effective Jan. 31 to return to the faculty as a tenured professor in the department of biology.

“It is my final attempt to draw the administration’s attention to what the Appalachian students and faculty want for their university: a real Honors College,” Jones said in the email. “I deeply regret that it has come to this, as Honors is at its zenith in terms of the unrivaled caliber and accomplishments of its students.”

Jones’ decision also comes just after she was chosen to be a part of the Board of Directors of the National Collegiate Honors Council.

NCHC is the national organization for over 900 honors colleges and programs across the country. The organization has 24 people serving on the Board of Directors who meet quarterly to decide on the direction the honors education should be going nationwide. They also set up the standards an honors college or program should meet.

With her election onto the board, Jones said “this national prominence renders Appalachian’s continuing failure to institutionalize an Honors College according to national standards a deception that I can no longer represent to my colleagues, prospective students or the public.”

Jones has served as the director of the Honors College for almost eight years. She was initially hired with the task of making the transition from a program to a college. To do this, she proposed it to the former Chancellor Kenneth Peacock, Board of Trustees and to the UNC General Administration. The proposal was approved in 2010 and the name change to Honors College was made in July 2010.

“There was a kind of understanding between me and the then provost who stepped down in July that because of the financial crisis of 2008 and 2009, maybe we wouldn’t turn it into a college with a dean position immediately,” Jones said. “We would wait a year or two for the budget to get better.”

Jones said that a couple of years later some of the administration in charge of making the decision, including the former provost and chancellor, stepped down. With the change of administration there always seemed to be a reason to wait.

“I hoped that by directly interacting with the new provost, I’d be able to make him make [Chancellor Sheri Everts] see the value of completing the transition,” Jones said. “He seemed very responsive initially, but I realized about two or three months ago that he kept coming up with concerns about resources and money that didn’t have anything to do with the Honors College.”

Provost Darrell Kruger said he declined to implement full college-level status for the Honors College to continue with his priority to implement 14 new staff positions.

“Not that I devalue what Honors is doing, but at this particular point as provost, I think we need to put those additional resources into faculty positions,” Kruger said.

“This is the first time in at least five years that we’ve put this number of faculty positions out there,” Kruger said. “One of the things I’ve heard is that student growth continues, but we don’t invest in academic and faculty positions and physical infrastructure.”

Kruger also said the Honors College benefits from the 14 new faculty positions because it enables resources for students such as providing additional courses and it opens more room to allocate resources between the 25 staff members teaching in the Honors College.

Resources are a constant struggle of the Honors College, as they are one of the many programs on campus that continue to receive budget cuts.

From 2010 to 2015, the budget has declined from about $60,000 to about $29,000. This leads to trouble funding student research, scholarships, resources for study abroad, sending students and staff to conferences and more.

Nicholas Gilliam, junior accounting major and a junior senator in the Student Government Association, said the Honors College attracts some of the best and brightest students to attend Appalachian because of the resources that the Honors College advertises to offer.

Gilliam is one of many other students that decided to attend Appalachian over other other impressive universities because of the Honors College.

“I came here and fell in love with it and fell in love with the Honors Program,” Gilliam said. “I realized that this program – I’m not using the word college on purpose – could support me in the ways that [the University of North Carolina at] Chapel Hill could and could be better than what I could get at Chapel Hill. That’s the reason I decided to stay.”

Gilliam also said there are current plans for a new health sciences building that would cost about $70 million. Gilliam suggested that taking less than 2 percent of that money could fund the Honors College for over 10 years.

“Money is tight, I get that,” Gilliam said. “But if we’re going to advertise that we have an Honors College, then we need to fund it like an actual college. If we’re going to call it a program that’s fine too but don’t call it a college if you’re against giving it full college-level status, because that’s like false advertising.”

On the other hand, Provost Kruger said other investments are being put into the Honors College despite his decision to not complete the implementation of full college-level status.

Kruger said other investments include the hiring of a halftime development officer at Jones’ request. The director of the Honors College is also able to submit supplemental budget requests and about 50 percent of student financial aid goes to the 10 chancellor scholars that are a part of the Honors College, Kruger said.

“People think that if we have a dean then we’re going to get a lot of resources,” Kruger said. “The idea that it’s false advertising because of the title of the leader of the college then sure if that’s the mindset. About a third of the colleges in the UNC System have someone other than a dean. I don’t think it’s false advertisement, because we have and we continue to allocate resources into the Honors College.”

“My priority and the chancellor’s priority is that we don’t lose continuity with the leadership change,” Kruger said.