From designations to digitization: protecting and preserving Boone’s history 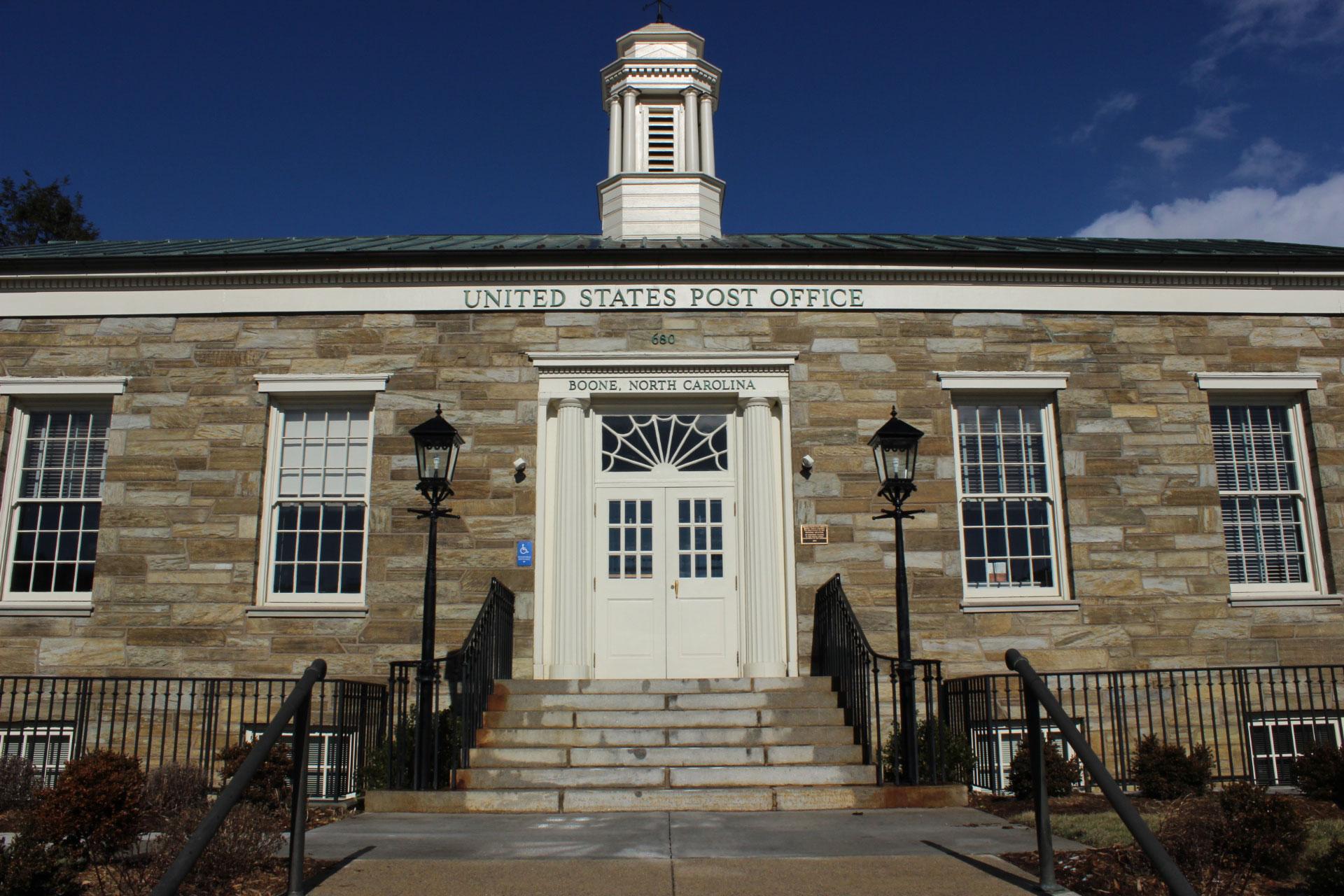 The United States Post Office in downtown Boone was recently designated as a historical landmark. Photo by Sammy Hanf.

The Historic Preservation Committee recently submitted the results of a survey that examined 110 properties in the Boone area to the Boone Town Council, aiming to designate those found to be significant for protection.

The survey was commissioned by the Town of Boone and overseen by Carolina Historical Consulting LLC.

Eric Plaag, the founder of Carolina Historical Consulting, said his work on the report was done on a volunteer basis. Plaag said he got involved to give back to the town and get the ball rolling on what he feels is an important process.

“So much has disappeared from downtown Boone just in the last 30 years, and I’m fearful that Boone will lose its character,” Plaag said.

The designation requires that any changes to a property or district considered historic be approved by their preservation commission to ensure that any modifications do not negatively affect the area’s historical character.

The process of designation takes place on a local level, being authorized and reviewed by the town council. The town also conducts a public hearing on the results.

Mayor Rennie Brantz said he believed the designation was very important and is excited about the progress being made, including plans to recognize downtown Boone as a historic district.

“The HPC made very important steps in capturing and preserving the historical record of Boone,” Brantz said.

Brantz also said that the groundwork for the survey was done by Appalachian students.

Bettie Bond of the Watauga Historical Society said she is excited to see barriers preventing the renovation or demolition of key historical monuments, an all too common story for many historic areas.

The designation makes the property owner eligible for an annual federal property tax deferral of up to 50 percent, providing the important historic features are maintained.

Historic designation for landmarks and districts aren’t the only efforts being made to preserve the history of the High Country. The society is also working on its Watauga County Digital Project to preserve the personal stories of the people that worked and lived in those historic buildings.

Plaag said he put together an exhibit of postcards donated by Watauga native Bobby Brendell to show what Digital Watauga was accomplishing.

The exhibit consists of postcards from Brendell’s expansive collection, organized into several different themes for display. Plaag said the postcards can be eye opening for those that are unfamiliar with how they were used in the early 20th century.

“I like having the opportunity… to do an exhibit and get them thinking differently about what they already know,” Plaag said.

Plaag previously worked with the University of South Carolina’s collection of natural science specimens, using them to recreate the Cabinet of Curiosity, a 20th century practice of displaying exotic specimens most people had only heard tall tales about.

Plaag said the exhibit was masterminded by himself, Paul Fuller, Maria Hale and Charles Watkins with labels provided by the graduate students of Kristen Deathridge.

The postcards range from idyllic mountain scenery and the churches that dot Watauga’s corner of the Appalachians to pictures of downtown Boone and Appalachian State, including a postcard from the school bearing a date that appears to be 1922.

Paul Fuller, who graduated the University of Massachusetts at Boston with a graduate degree in history, said his favorite postcard was a picture of Daniel Boone lifting a dead bear.

Fuller decided to volunteer for the exhibit to build interest in small town historical societies, something he said was ubiquitous in New England.

“I just think that local historical societies, and history, is very important to a sense of community,” Fuller said.

Bond said Digital Watauga is also working to preserve other personal records like diaries, journals, photos and other remnants that show what life in Watauga was like in the past.

Bond said that the project simply digitally scans anything someone has a desire to preserve and allows them to keep the original physical copy. The document is then put in a database that can be publically accessed.

Brantz said the exhibit shines a light on key parts of the town’s past and that he’s impressed by the energy and passion displayed by those trying to keep Watauga’s history alive.