Bringing down the Bobcats 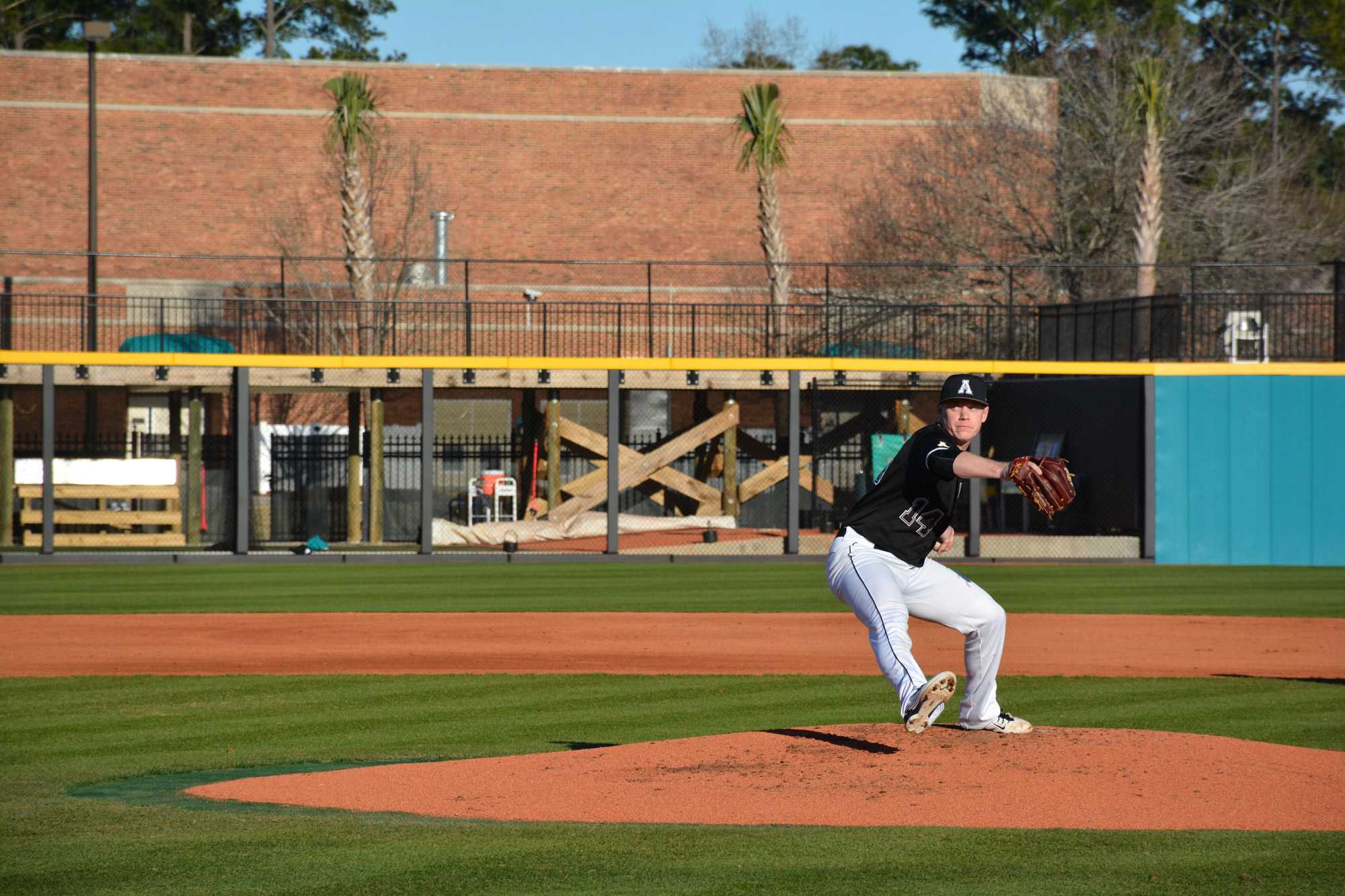 The Quinnipiac Bobcats (0-0) and the Appalachian State Mountaineers (0-4) face off in a weekend series at Jim and Bettie Smith Stadium beginning Friday. The Mountaineers have gotten off to a rough start after facing four quality opponents (Coastal Carolina, Virginia, Old Dominion, and South Carolina) all on the road. Returning home will hopefully propel Appalachian to a much-needed series win.

Get the bats warmed up

After an 0-4 start to the season, Appalachian State needs to get the bats going as they head back to Boone for this weekend series against the Bobcats. Only scoring 1.25 runs per game in their first four games is not the formula to win. Incorporating some hit and runs or stealing some bases may get the offense going and get the team heading in the right direction to winning their first game of the season. Getting runs would take a lot of pressure off of the pitching too, as they won’t feel like they have to go out to the mound and be perfect.

Freshman outfielder Beau Myers has had a great start to the season, posting a .357 batting average in his first four games, while Tanner Mann-Fix, another freshman hitting at the top of the lineup, has posted a .556 batting average. I’d look for both to get on base and score some runs for the struggling Appalachian offense early on in this series.

In all four of the Mountaineer losses, they have not scored the first run of the game. It has been the opposition every time who has scored first. When a team is struggling and always playing from behind, the team will tend to press more than playing free and lose, which in baseball is very important.

This is not a game you can play stiff and lacking confidence, and Appalachian has started all games so far behind the eight ball. With multiple freshmen in the lineup, confidence is paramount. I expect the Mountaineers to come out pressing the issue early in the games this series, trying to get ahead of the opposition so they don’t have to play from behind.

Seeing Quinnipiac for a four-game series at home might be just what this Appalachian team needs to get some wins and jump start their season. After four games against quality programs (three that are ranked), getting home could be exactly what the doctor ordered. South Carolina at No. 24, No. 23 Coastal Carolina and No. 4 Virginia are the toughest teams the Mountaineers will face all season, so only positives will come out of seeing such great competition early on. This is a young team and I expect to see growth from the grueling early season match-ups this team has had.

If the team could find a way to string together a few wins in this series with Quinnipiac, they may be able to carry some momentum into the upcoming week, where they’ll face North Carolina Central, and the weekend, where the team will take on Stony Brook, Bowling Green and Elon in the Elon Tournament.