Tasing incident on campus under investigation 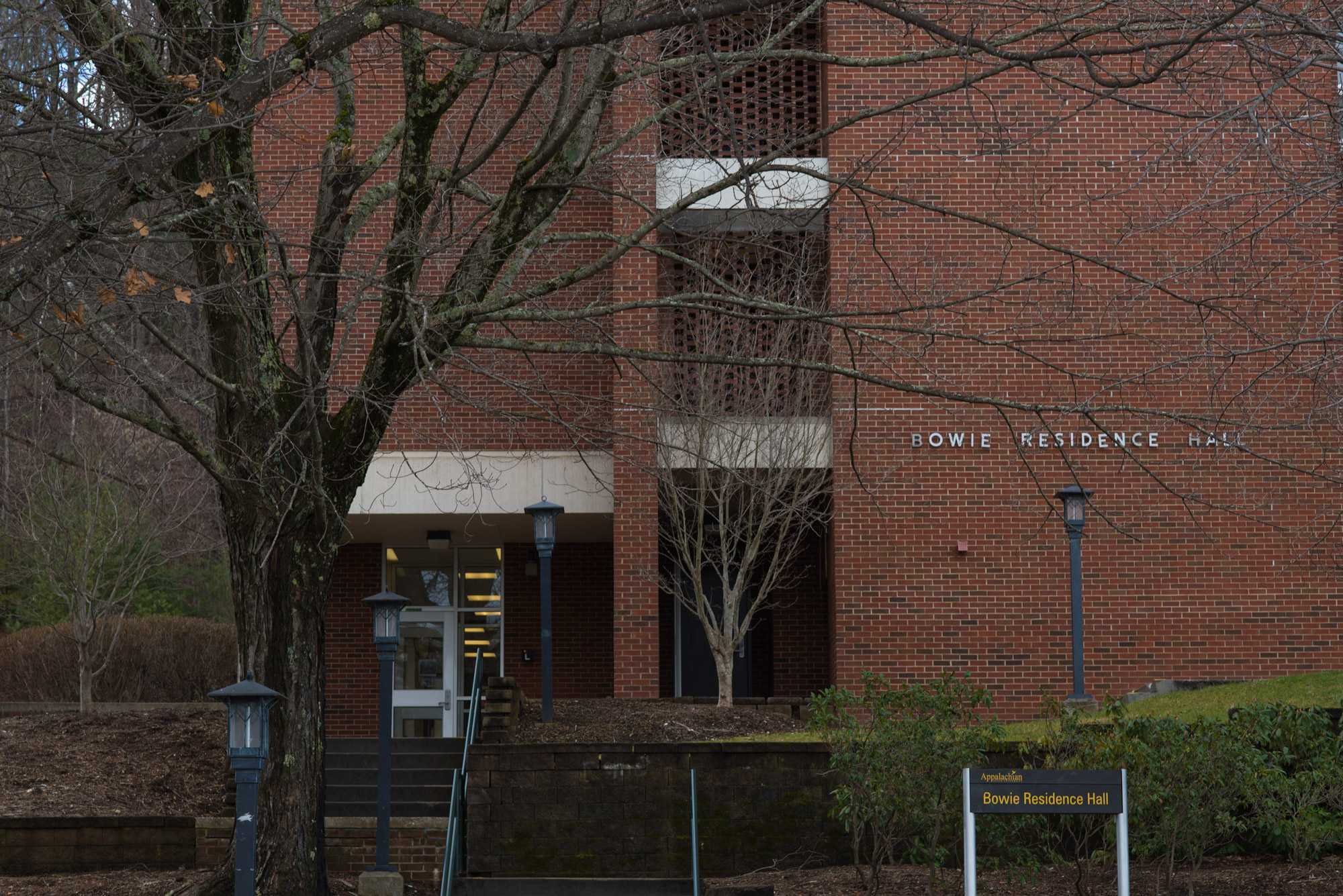 Bowie Hall is the student's residence and location of the incident. Photo by Dallas Linger.

ASU Police Chief Gunther Doerr said this was the first instance of a taser being activated by an officer. The charges are simple physical assault upon an officer and resist public officer. Bail was set at $1,000 and the arresting officer was Lieutenant Darrin Tolbert.

Wyatt said the night started calmly enough for him, he was about to leave the dorm when his roommate showed up, closely followed by the night assistant.

Wyatt said the door was eventually unlocked and he went in to talk to his roommate. Around this time, Wyatt said two police officers arrived at the scene and asked if they could enter his room. Wyatt consented.

The officers entered the room and Wyatt said they immediately walked over to the bed and told his roommate to wake up because he was under arrest.

Doerr said that the police were there because Wyatt’s roommate had escaped from the back of an ambulance after he was discovered unconscious in the kitchen.

At this point Wyatt said he became confused and upset, not understanding why his roommate was being arrested because as far as he knew he was only drunk.

The police report said that Wyatt was cursing loudly as Tolbert attempted to get him away from the area. Doerr said that Tolbert was called to the scene because the other two officers were having difficulty restraining Wyatt’s roommate.

Doerr said that Tolbert then attempted to arrest him for resisting or obstructing an officer. This led to a struggle that culminated in Tolbert’s use of a taser in an attempt to subdue and handcuff Wyatt.

A video recording of the incident was taken by Austin Donohue and uploaded on YouTube. The video, which only depicts the aftermath, was circulated around campus the next day.

Wyatt said he was breathalyzed and that no alcohol was found in his system.

Hannah Minter, a friend of Wyatt’s, said that she and several others attended a public forum held shortly after the incident and raised questions about whether the use of this kind of force was police policy.

Doerr said the department is currently investigating whether the use of force in this instance was appropriate.

“We certainly don’t want people to think that we’re trying to hide something, we want to be transparent,” Doerr said.

Hayley Durant, a friend of Wyatt’s, said she had a lot of trouble dealing with the incident and how it affected her friends.

“I have never seen my friends that shaken up,” Durant said.

Doerr said that unfortunately incidents like this happen, and that it is always best to voice grievances with an officer after the fact, when everyone involved has had a chance to cool down.

“We want people to tell us if an officer is out of line, so we can look at it,” Doerr said

Wyatt’ court date is March 1 and he is currently facing suspension.