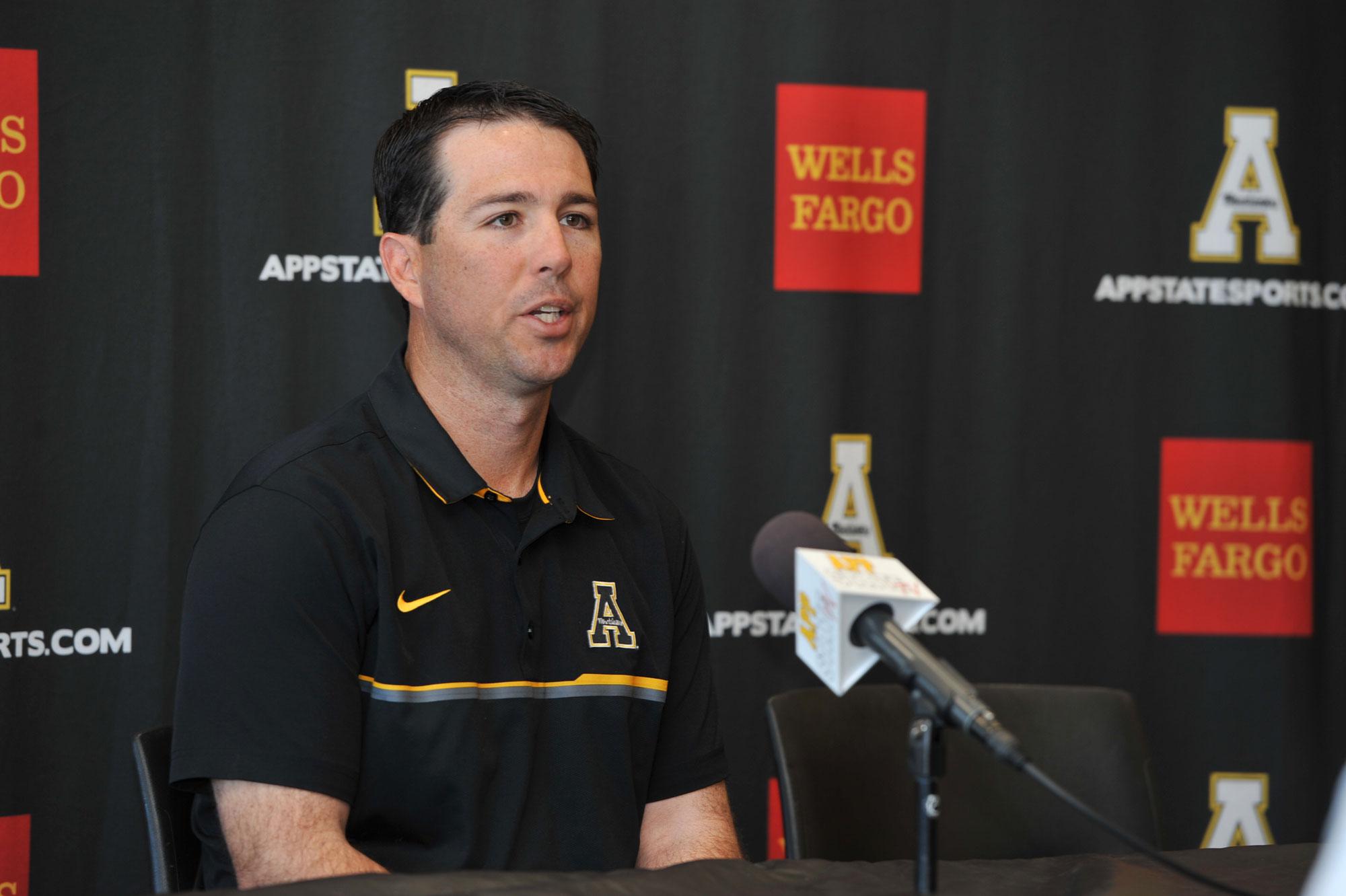 Coming off an 18-36 record last season, the Mountaineers look to hit the diamond in 2017 with a  new approach towards the season.

Appalachian State head baseball coach, Kermit Smith, will begin his first season with the Mountaineers after spending the past 15 seasons at the Division II level. Smith spent eight years with Belmont Abbey and the previous seven with Lander University.

In the face of this being Smith’s first season as a Mountaineer, he was able to land six new players and three freshmen to this year’s roster.

“Where I was at previously, I would say 95 percent of the time we didn’t get a recruit because they were looking for an offer from a Division I school,” Smith said at App State’s preseason media day. “I’m not just at any Division I school, I’m at a highly recognized school. Every time I make a phone call, everyone recognizes who I am and where I’m calling from. Not to mention, in 2012 these guys were three games away from Omaha in a regional championship game at Virginia. People want to come here, especially within the state.”

Although Smith brought in a large freshman class, everyone in the locker room this fall was a fresh face to him. This presented him with the unique opportunity of viewing the entire team as all freshman from a baseball standpoint.

“I completely cleared the slate in terms of whether somebody had a good year or a bad year last year,” Smith said. “I’m just judging off of what I see and holding each guy accountable to be the best of what they are capable each day.”

Smith’s main focus when he arrived to Boone this fall was to create a different culture for App State baseball. Being new to the program and unfamiliar with his team, he wanted to create an atmosphere where relationships came first.

Senior left-handed pitcher, Dallas DeVrieze and senior outfielder/right-handed pitcher Brian Buak, have been in the baseball program for four years. The two seniors have immediately bought into Smith’s philosophy and are eager to begin their final season in black and gold.

“The atmosphere has been different, but in a really good way,” DeVrieze said. “I think everyone has enjoyed what we’ve done and the changes that have been made. I think everyone is optimistic about the opportunities that we are going to have this year. Personally, I love what’s going on and I’m really excited.”

During his short time with Smith, Bauk has noticed that he has a chip on his shoulder that fits right into the team.

“The way he fits in with the attitudes on this team has just been excellent,” Bauk said. “We have really created a family the past few months and it’s going to continue to be that way.”

Smith and his staff are approaching each game with three specific keys to success in mind: being more prepared on the field, caring about App’s players more than the other team cares about theirs and needing to play harder than the other team.

The Mountaineers play a total of 58 games this season and 35 of those games will be played on the road. Although some coaches and players may view this as a grueling schedule, Smith hopes his team can approach this as an opportunity to grow together as a team.

“I think there are a lot of positives in it. I think this gives us the opportunity to accomplish some goals academically that we weren’t able to achieve in the fall,” Smith said. “Instead of sitting around the hotel doing whatever, we can put that into some study time and try to get ahead academically. It is going to give us a lot more time to prepare.”

This demanding road schedule the Mountaineers will face could possibly be exactly what Smith and his team need in regards to preparation.

“We will have a lot more time to prepare for scouting reports and watch video,” Smith said. “You’re hopeful that in all of the time you spend in a hotel room, when you walk out on the field you may not even need to position your team because you’ve spent so much time together preparing.”

Creating a family-like atmosphere is the second factor to success this season. Road trips can be long and exhausting, but they also give you the chance to spend a tremendous amount of time with your teammates.

“It’s going to give us an opportunity to get to know each other,” Smith said. “Some of the best times you spend as a college athlete are on road trips.”

Last but not least on the keys to success: playing harder than the other team. Smith established this key during the fall as working hard became the norm. The weight room culture this off-season should carry onto the baseball field this spring.

“One thing we can take away from this fall is that I don’t know if there was one team working as hard as us this fall,” DeVrieze said. “We were out there at 5 a.m. doing stuff that you can’t imagine, and not only did it help us physically, but it brought us together as a group. It showed us that we can do things that we probably didn’t think we could do before. The team comradery right now is through the roof.”

Smith is new to Division 1 baseball, new to his players and new to the program. In spite of this, he is not shy when it comes to speaking about his long term goals.

The Mountaineers kick off their season this weekend with a four game road stand in Wilmington where they will take on VMI twice, George Mason and UNCW.