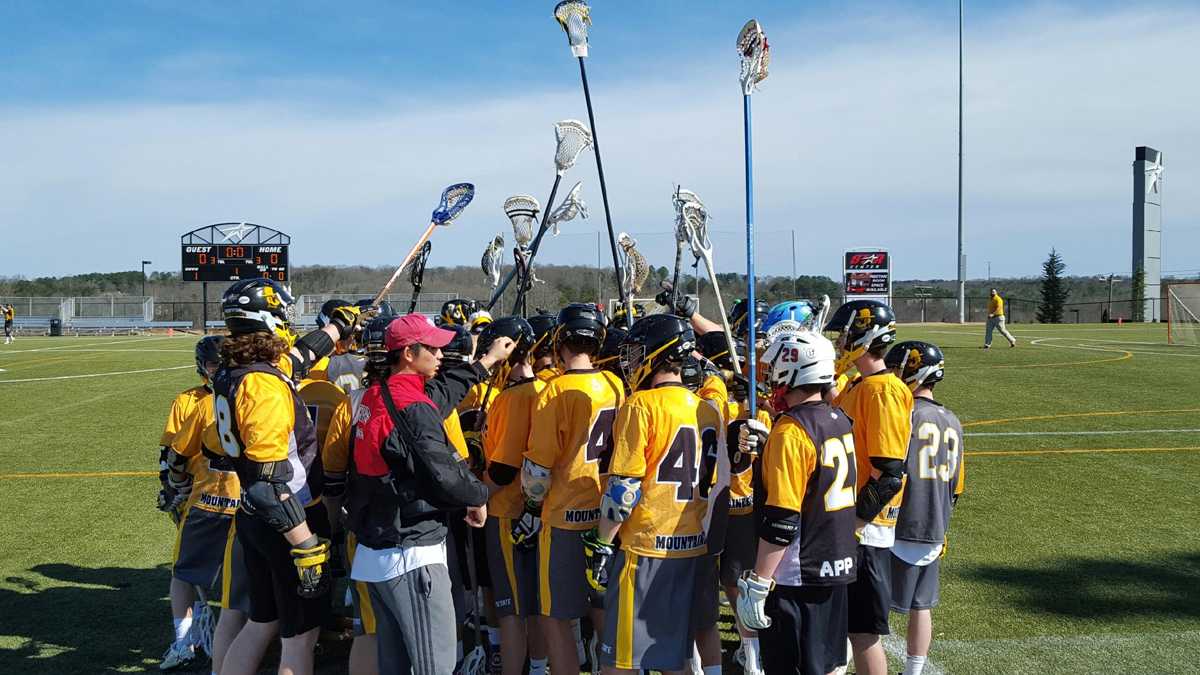 You can forget what you’ve heard about college-level club lacrosse – the laid back, penny-wearing “bros” who are more excited for the after party than playing the game itself – because App State’s club lacrosse team is turning those stereotypes on their head in preparation for this season.

“It’s about having fun and playing lacrosse still, but it’s no more ‘We’re doing it because we love the sport but couldn’t play varsity,’” team president Grant Simpkins said. “It’s about winning.”

And while a stark change in culture is taking place within the ranks of this season’s team, it hasn’t always been that way, despite a similar cast of characters.

“My freshman and sophomore years were a complete mess,” Simpkins said. “We’d have 15 guys at most at practices, some would come to games and we’d lose every game by what seemed like 30 goals.”

Simpkins’ previous three years with the team have been defined by relative mediocrity. They’ve never even won their conference, the South Eastern Lacrosse Conference, let alone made the Men’s Collegiate Lacrosse Association playoffs.

“It wasn’t even in the picture,” Simpkins said. “We’d come into the beginning of every fall and would be like ‘Alright, we’ve got a lot of talent, let’s do it,’ and then chaos would ensue over the next four months.”

But like success, failure also leaves clues. Prior to the arrival of head coach Angelo Acitelli among the team’s coaching ranks last season, there seemed to be a lack of focused direction.

Aside from the spotty attendance by teammates, practices were typically drawn while those who did show up were warming up. They wanted to compete, but lacked discipline — a component crucial to success in any team, regardless of sport.

Seeking to turn the tide on a team with extreme talent but little success, Acitelli, a former Division I defender at Bellarmine University in Kentucky, spent the offseason assessing his coaching strategies and seeking advice on ways to improve his team.

“After struggling with intensity last season, I actually sought advice from some college football coaches and a high school math teacher,” Acitelli said. “It turns out we couldn’t achieve intensity because we were essentially trying too hard. You have to set the tone early with high speed drills, but still allow the players to be themselves and goof off from time to time.”

In addition to the outside help, Acitelli sought to surround himself with competent coaches who would buy into his defensive-minded coaching style.

He named Jordan Collier, a defenseman with whom Acitelli was familiar with from a former high-school level lacrosse club, the assistant head coach and defensive coordinator. Similar to Acitelli, Collier was an all-state defender in high school in North Carolina. The two played as defensemen on Team Carolina Elite, one of the top high school level travel lacrosse clubs in the state, and competed against each other’s respective high schools of Charlotte Catholic and Marvin Ridge, rivals in the same conference.

“We played for the same coaches and have learned to play with a certain style,” Acitelli said. “Having cohesion as coaches allows us to really define the kind of team we want to be.”

Together and with the help of the staff, the team has developed a specific practice plan that they believe will turn their effort into wins.

Practice, which is no longer drawn up during warm ups, now takes three forms. During fundamentals training, the team works on improving stick work, field positioning and footwork, among other things. Competition training consists of a plethora of drills where players may compete 2-on-2, 3-on-3 or even 6-on-6 to avoid having to run sprints. Lastly, pregame drills are similar to football walkthroughs in which players run through their basic warms ups and light contact – this drill is perhaps the most important because it puts players in the game day mindset, Collier said.

In addition to the new practice structure, the team has also implemented a new wrinkle to lineups: rotating starters.

“I really like to steal ideas from successful teams in college or professional leagues,” Acitelli said. “One of my favorite teams, the Chicago Blackhawks, has a second line of ‘middies’ that accounts for the highest ratio of goals-to-goal allowed in the NHL. These guys aren’t starters, but they perform because of the match ups that being on a second line allows. My thought process is that we need scoring potential from every line.”

Simpkins, along with other players, has noticed a stark contrast in the intensity of practice since the changes have been implemented.

“Guys are yelling at each other before practice even starts, ‘Get ready, let’s go,’” Simpkins said. “Before, it was 15-20 minutes where it didn’t matter, we were just getting ready. Now guys are taking initiative to get moving and get people going.”

Perhaps more impressive is the fact that the team has also been relegated to practicing from 9:15-10:45 p.m. this season, a result of both the team’s probationary status as a university affiliated club and the renovation of State Farm Fields. But that hasn’t kept the team from maintaining almost perfect practice attendance.

This observable change has been no more evident, Collier says, than when the team rallied together following a mistake a 6-on-5 “man down,” simulation during Tuesday’s practice without his involvement.

“A screw up happened on a man-down situation, and it’s easy to happen because you’re a man down and you’re playing zone, dealing with 6 guys against 5 on defense,” Collier said. “They literally just huddled up, I didn’t even walk over there or say anything because I knew what was happening and could hear what was being said, and it was the right stuff. It’s cool to see that.”

A year ago, this was a team that could barely get players to show up to games. Now, following the weekend of their first game of the season, an 11-6 victory over Wofford on Super Bowl Sunday, the team bears little resemblance to the mediocrity of old.

“Everyone’s recognized that we’ve been good [in the past].” Simpkins said. “I’ve had coaches approach me after games and tell us that we’ve been good, but we would just self-destruct when we faced face challenges. [If] we got down one goal in a game two years ago, the game was over. I just don’t see that happening with this team.”

And while the tell-tale signs of looming success are beginning to reveal themselves, the coaching staff knows their work is only just beginning. A full season against opponents such as Davidson and College of Charleston, among others, will provide a benchmark to measure their growth against.

“Culture takes time,” Collier said. “You don’t just develop it overnight. You may put together a mission statement in one night, but to actually implement that and make it part of your values and culture as a team takes time.”