A story to tell 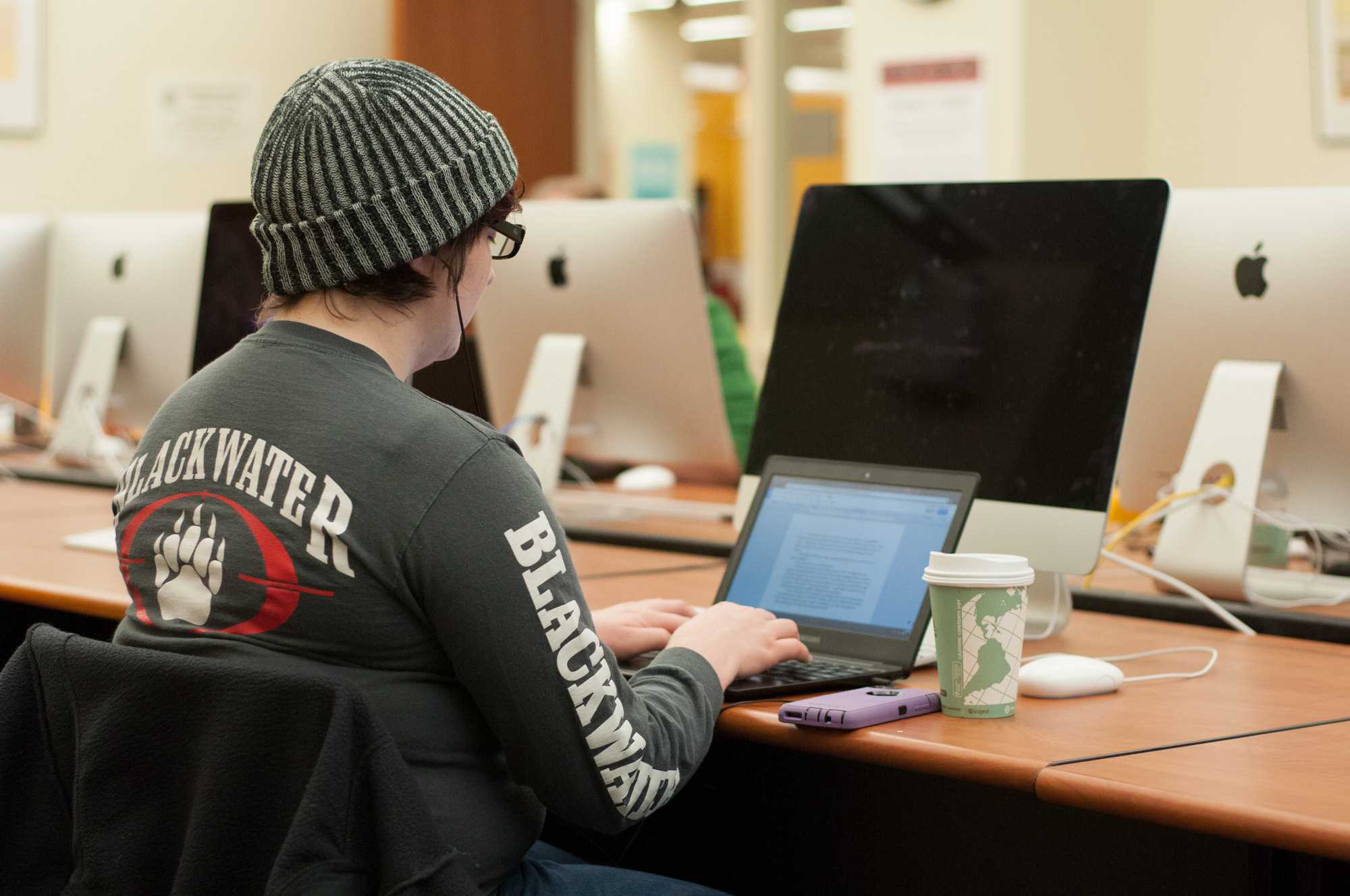 Bri Armstrong, who is a graduate student at Appalachian State University, is writing about past relationships. She is only writing novels for NaNoWriMo which is an event where participants write a 50,000 word story by November 30th.

This November, a portion of the Boone community came together to tell their stories. From an emerging tech specialist to a vet assistant, writers of all ranges have gathered for an international event called National Novel Writing Month.

According to the website, NaNoWriMo is a speed writing community with the common goal of producing a novel in a single month. Starting  Nov. 1, writers of all ages and skill levels write 1,667 words a day to produce a 50,000 word novel 11:59 p.m. on Nov. 30. “Valuing enthusiasm, determination and a deadline, NaNoWriMo is for anyone who has ever thought about writing a novel, according to the website.

In 2015, they hosted, 431,626 participants, including 80,137 students and educators in the Young Writers Program. They have also featured 926 volunteer municipal liaisons, who function as editors and hosts. Including App State’s Belk Library, 1,012 other libraries, bookstores and community centers provided places for the community to gather and write.

3rd Place also regularly hosts Come Write In events during November and throughout the school year featuring coffee, tea, and a quiet place to write among like-minded people.

Head of 3rd Place’s meetings, App State senior and anthropology major Evie Giaconia reiterates the universality of the NaNoWriMo community. She describes the undertaking of NaNoWriMo as “a month of babbling, spilling rough drafts and ideas on the page,” Giaconia said. “The point is not to write something good. It’s to keep writing.”

During her first year participating in NaNoWriMo, she and a friend “would be constantly bouncing ideas off each other, and frantically writing at the end of the night and then every once in awhile just yelling at each other,” Giaconia said.

For Giaconia, NaNoWriMo causes, “intense bursts of expression,” that she rarely reworks, though appreciates.

She finds that anthropology, and many other science, technology, engineering and math majors offer  “profession(s) that will take me a lot of places and a offer lot of diverse experiences that will enrich my writing.” Writing and NaNoWriMo, “sparked a lot in my life, it feels like you’re part of something a little bit bigger than you, just trying to write what seems like the impossible,” Giaconia said.

“It can be done. You can do crazy things you never thought possible. You can pull magic out of nowhere,” veterinary assistant and NaNoWriMo veteran Sue White said. To her, the NaNoWriMo community has been pivotal in her private life too.

“It was how I met my husband. It’s how I marry my weird obsessions,” White said. She has worked in NaNoWriMo communities in both Hawaii, Boston and now Boone writing science fantasy. Though engaged in a STEM career, “I like doing something creative,” White said.

“Most of my characters have some sort of STEM background somewhere,” White said. “I recently wrote a fantasy novel where science is all science-based magic. You have to find your niche.”

White attended the, Come Write In event at Belk Library on Nov. 10 at 5:30 p.m. with multicolored hair and scrubs. Beside her sat junior special education major Amanda Bowden encased in a throw blanket looking up cat videos between typing sessions. An older, bearded man, typed away in the corner. Another student brought his Nintendo to the session. Cups of coffee and cookies scattered the table. People typed and wrote silently, occasionally laughing or asking one another questions. From cat videos to what White deems as an “angry, angry song; one to four songs I put on repeat every NaNoWriMo,” the NaNoWriMo community in Boone gathers weekly with their own personal rituals. Though different, when everyone writes together, “There are people here cheering you on and offering a lot of support,” White said.

Matthias Kramer, one participant in last year’s NaNoWriMo and creative writing major, won the Marian Coe Scholarship last year for a short fictional story that began with a process much like NaNoWriMo. Originally on track to become a professional opera singer, even attending John Hopkins University for a semester and a half, Kramer discovered reading and writing as an escape in what he described as a “dark and lonesome time.”

Now, he said he cannot stand to live in this world without his imagination, something he finds in writing.

Thousands of students cross campus every day at App State. Some wave and pause to chat, while others rush to their next destination. Some sit on the mall  sipping coffee or napping, while others hang an eno or slack-line.

To Kramer, these are all stories waiting to be written, making NaNoWriMo an opportunity for those tales to be told. “Everyone has that story inside of them,” Kramer said. “Find the story you have to tell. You wake up in the morning and there’s this little thing inside of you niggling that you have to get out. You go about your day and go to class but there’s this thing that you have to say, have to tell and you haven’t found a way to do it. That’s the key. That’s the secret. Find the thing you have talk about.”

He said from birth to death people are always writing stories. “That’s our life,” Kramer said. “All you have to do is take a step back and realize, wow, look at all the stories my life has been filled with. Writing is about preserving those stories.”