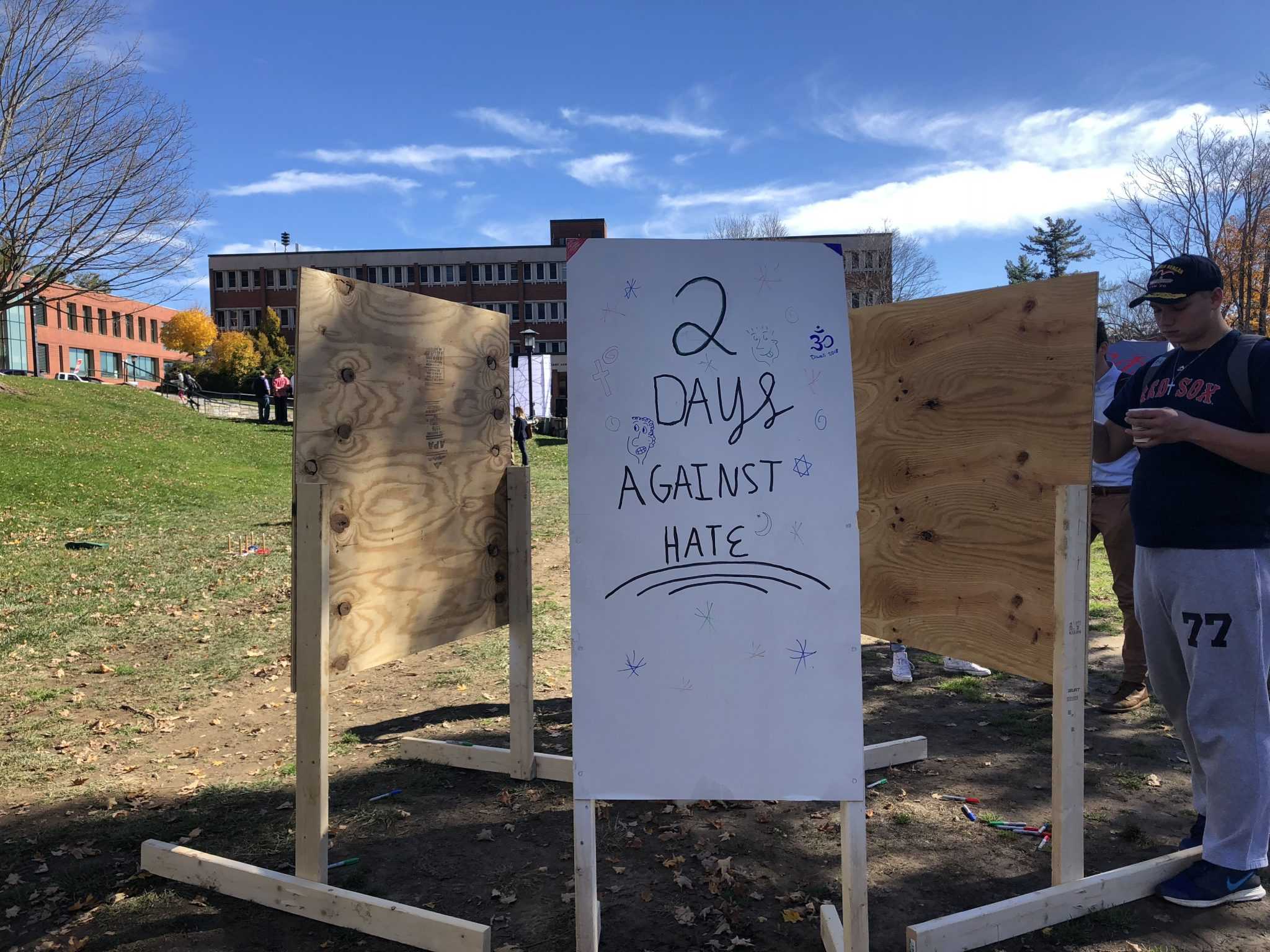 Inspired by the many hate acts against the Jewish community recently, Hillel and AEPi teamed up to host “Two Days Against Hate” on Wednesday and Thursday.

The events included an introductory day on Sanford Mall, where participants played games and listened to a speaker from the Simon Wiesenthal Center, a human rights center founded in honor of a Holocaust survivor. The second day included guided discussions and a presentation from a former Ku Klux Klan member.

Aaron Carpenter, vice president and founding father of AEPi and service and philanthropy chair for Hillel, said the organizations began planning the events after swastikas were painted in the free expression tunnel on campus.

“I think we really started to push it into high gear after we realized how much was going on around the country in regards to hate,” Carpenter said. “It’s not just something that’s going on in this country or on this campus, it’s something that is everywhere.”

Carpenter said that in the past few years there were acts of hate towards minority groups, so he thought, “Why not?”

At the first event, Melissa Weiss from the Simon Wiesenthal Center, which is described as “a global human rights organization researching the Holocaust and hate in a historic and contemporary context,” on its website, spoke about the importance of standing up to hate.

“Hate is alive and well in America, and people with extreme beliefs on both sides feel emboldened,” Weiss said.

Weiss also referenced the recent Pittsburgh synagogue shooting, after which, she said, members of that congregation were joined by police forces and people from different religious and racial backgrounds in prayer.

“History often repeats itself, and it’s incumbent upon us to make sure it doesn’t,” Weiss said about Simon Wiesenthal, who survived five concentration camps in Nazi Germany.

During the second event on Thursday, participants sat at tables with strangers and discussed different aspects of their identity, such as race, gender, religion and sexual orientation.

Zoe Smith, senior sociology major said she went to support her community and the Jewish population at App State. She also attended in order to encourage other to learn about hate groups and what they do.

The discussions asked participants to think about their identities, how they have affected their lives and their experiences with bias and hate.

After the discussions, T.M. Garret, a former white supremacist and KKK member spoke about his racist beginnings and his transformation to being an accepting person.

“My business is compassion,” Garret said.

Garret now runs a program called C.H.A.N.G.E., which stands for Care, Hope, Awareness, Need, Give and Education. This program is involved in anti-racism and violence seminars as well as community outreach programs and food drives.

Garret showed a film that described his early life and the “belonging” he felt in nationalist groups. Later in life, Garret left the KKK and the town he was in to start anew.

“I don’t hate the people, just what they believe in,” Garret said of those he knows with what he views as intolerant viewpoints.

Featured photo caption: Two Days Against Hate was hosted by Hillel and AEPi on Sanford Mall.