After interrupted season, App State baseball “super excited” to get back out there 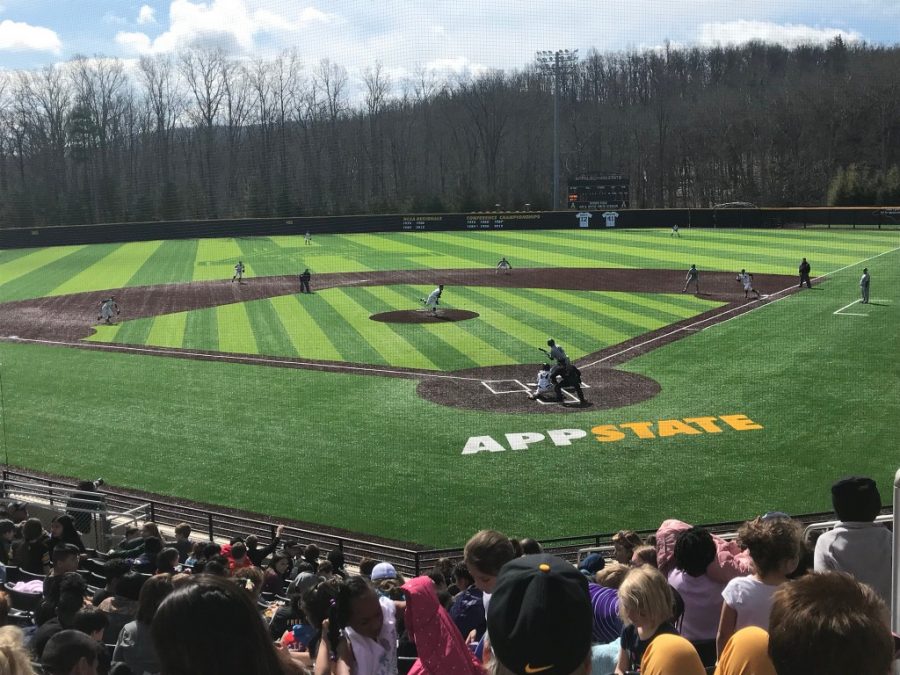 After its 2020 season was cut short right before they started Sun Belt play, the App State baseball team is ready to get back out there. "It means a lot to kind of do it over and run it back one last time," senior first baseman Robbie Young said.

Returning to action for the first time since the pandemic interrupted their 2020 season midway through, the App State baseball team began its 2021 by winning two of three on the road against Winthrop on Saturday and Sunday.

The Mountaineers open the year with five straight road games: at Winthrop, versus ETSU for one game followed by a four-game home and away series against North Carolina A&T. The home opener against the Aggies is set for Feb. 27 at Jim and Bettie Smith Stadium in Boone.

App State returns eight of their nine starters and all four starting pitchers. Along with returning depth, this year’s Mountaineers’ squad also features transfers who give the Mountaineers even more experience on the field.

“Super excited to get started. Our guys have done a great job during the preseason in every aspect,” said fifth-year head coach Kermit Smith.

The Mountaineers won six straight games before last season was cut short due to COVID-19.

“We were preparing to get on a plane at 3:30 a.m. to fly to Texas State to start conference play before we got the call that the season was postponed,” Smith said.

Although Smith praised how last year ended, he also expressed some regret about the beginning of last season.

“I thought we were a little too amped to start the year,” Smith said. “We expected to win every game, and after getting swept at Gardner-Webb last year to start the season, we kind of took a step back and re-evaluated things as a team and corrected some mistakes.”

Smith praised the experience his team has, saying it adds “stability and a sense of calmness. They know, and I know, they are here to win a championship.”

Smith said he understands there’s time for fun and also a time to get serious.

“There’s always time for camaraderie, especially in times when preparation begins and gets serious, and a lot of that stuff happens organically,” Smith said. “There’s a lot of comfort, a lot of stability, and you can really see that come full circle. The preparation has been on a whole different level this year than any other year I have been here.”

App State will look to capitalize on a .237 team batting average from last year which ranked No. 10 in the Sun Belt Conference. One of the people they look to help improve that average is senior first baseman Robbie Young.

When Young found out the NCAA granted 2020 seniors an extra year of eligibility due to interrupted seasons, the decision was pretty easy for him.

“It means a lot to kind of do it over and run it back one last time,” Young said. “I had a lot of people who I had to make sure were on board with me coming back, and when I got that peace of mind that they were on board, it was an easy yes for me.”

The Mountaineers are set to begin Sun Belt conference play almost one month after the season starts. They’re set to open the conference by hosting Arkansas State March 19-21, before heading to Charlotte to take on the 49ers on April 20 in Boone. They’ll round out the regular season by hosting South Alabama May 20-22 before preparing for the Sun Belt tournament, which takes place May 25-30 in Montgomery, Alabama.