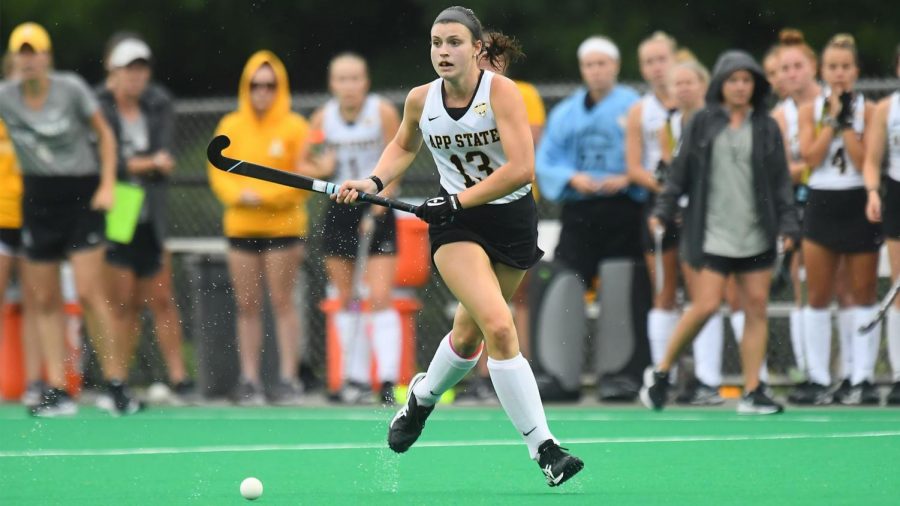 With the team’s largest roster size ever, a strong core of returning players and a talented group of seven freshmen, the App State field hockey team is set to build off of their up-and-down year a season ago.

Although they finished 7-14 overall and 1-5 in Mid-American Conference play, the Mountaineers showed flashes of brilliance throughout the season before catching fire in the MAC tournament.

“We peaked at the right time,” head coach Meghan Dawson said. “But I’d rather peak and maintain and keep growing.”

App State entered the MAC tournament seeded sixth and beat seventh-seeded Central Michigan 5-2 in the first round. Next, the Mountaineers shutout third-seeded Longwood to advance to the semifinals, where they fell to second-seeded Kent State.

“Beginning the Longwood game, we knew it was going to be tough, but we believed in ourselves, and it was possible,” junior midfielder Veerle Van Heertum said. “As long as we believe in ourselves and in each other, I think we can win all our games.”

After starting the 2018 season by winning four of their first five games, App State lost nine in a row and 12 of their next 13 games to finish the regular season at 5-13.

“How do you manage those low times?” Dawson said. “We talk about it all the time —  you’re going to have lows; you’re not always going to be on top. So, how do you manage being low and getting out of that and coming back up? We did that at the end.”

The Mountaineers were able to learn a lot from the ups and downs of the 2018 season..

“One thing that I’ve really learned is how to be mentally tough, how to push myself to that next level,” junior midfielder/defender Meghan Smart said.

In the team’s first two exhibition games of the year against Davidson and Liberty, Smart netted three goals.

“This year in preseason, we’ve had a good emphasis on going together and going as a team instead of individually,” Smart said.  “All of my goals have come because of my teammates’ support. It wasn’t just me going by myself, they were there with me.”

She followed up her preseason performances by scoring two goals in App State’s season opening 3-0 victory at Towson on Aug. 30. Smart also scored the only goal of the game in the 1-0 Mountaineer victory at Georgetown on Sept. 1st.

Of the 2019 squad’s 28 players, 21 are returning players, giving the Mountaineers a significant amount of experience.

“What I’m expecting from her is to be a good leader and to share the ball,” Dawson said. “When you have those stats, everyone’s going to know that, and so, that’s who they’re going to focus on.”

Smart has already shown that she is a key player on the field for the Mountaineers this season, band she understands that her role is larger now that she’s in her junior year.

“Being an upperclassman, you do have a bigger role to take,” Smart said. “You have to lead by example, and I think that’s a huge thing. I think the underclassmen are responding well to that.”

The Mountaineers have an away game versus Lafayette College on Sept. 6 before their home opener against Davidson on Sept. 8.