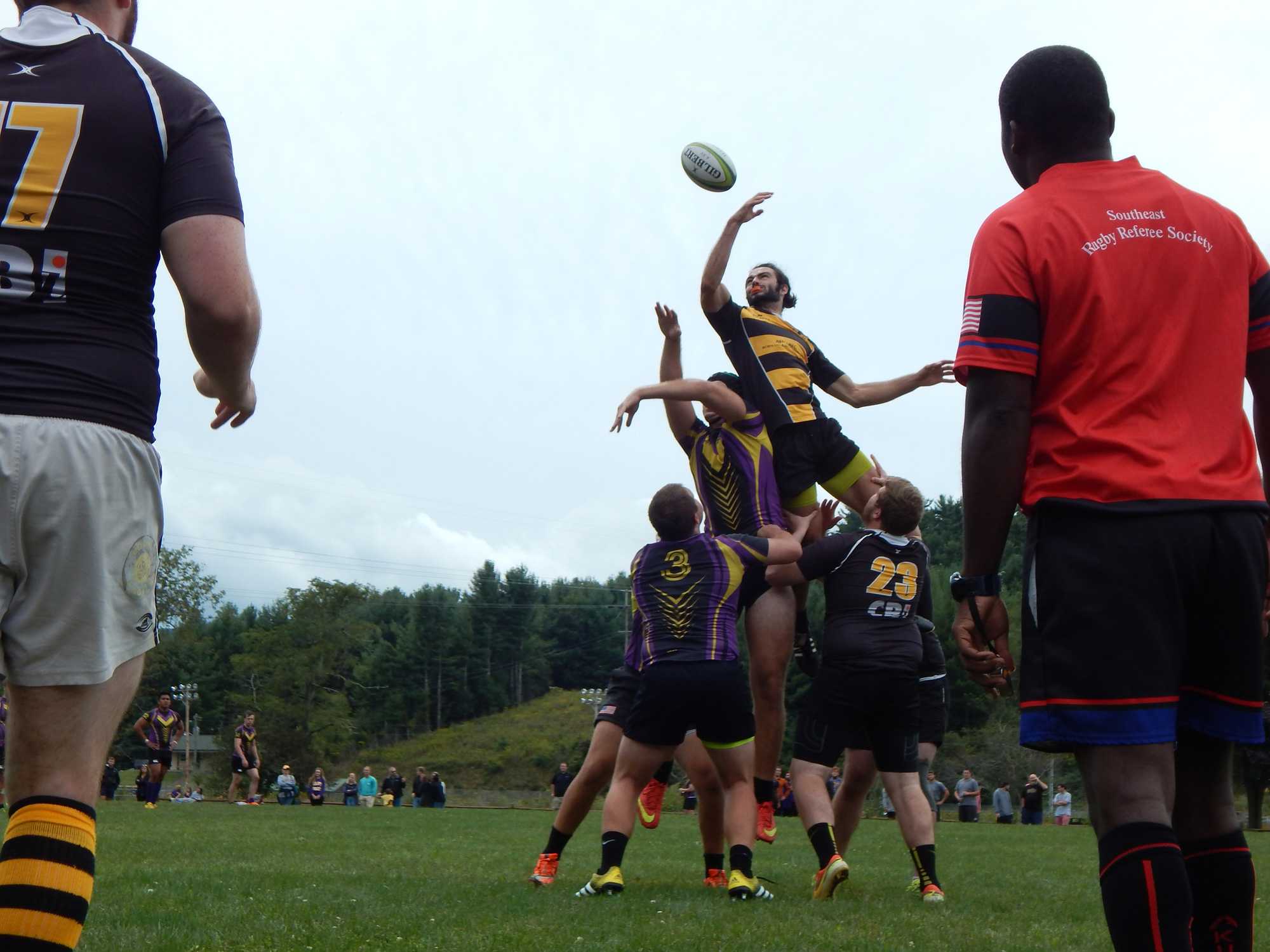 Appalachian State’s club rugby team, AHO Rugby Football Club, squared off against rival ECU to begin league play Saturday. The ECU Pirates took home the victory in blowout fashion, by a score of 36-5. AHO was never able to maintain any steam on offense as the Pirate attack dominated the game from beginning to end.

Defense, or lack thereof, was the story of the day for AHO. Coach Daniel Van Driesen, known as “Cheese” to his players, was quick to point out that injuries played a role in the poor showing.

“We did have injuries, we have a lot of young guys that just got in,” Driesen said. “They played tough, but they have a lot to learn before they can take the next step.”

The AHO Rugby Football Club’s lone score came from Miller, who scored late in the second half with the game well out of reach.

Despite the blowout loss, both Miller and Van Driesen were pleased with the team’s effort for the whole 80 minutes.

“We have grit on this team,” Driesen said.

AHO looks to rebound from the loss when they travel to UNC Charlotte on Saturday. The team hopes to play well the rest of the season with hopes of earning a spot in their league playoffs, where they could potentially meet ECU again, but with a different outcome.