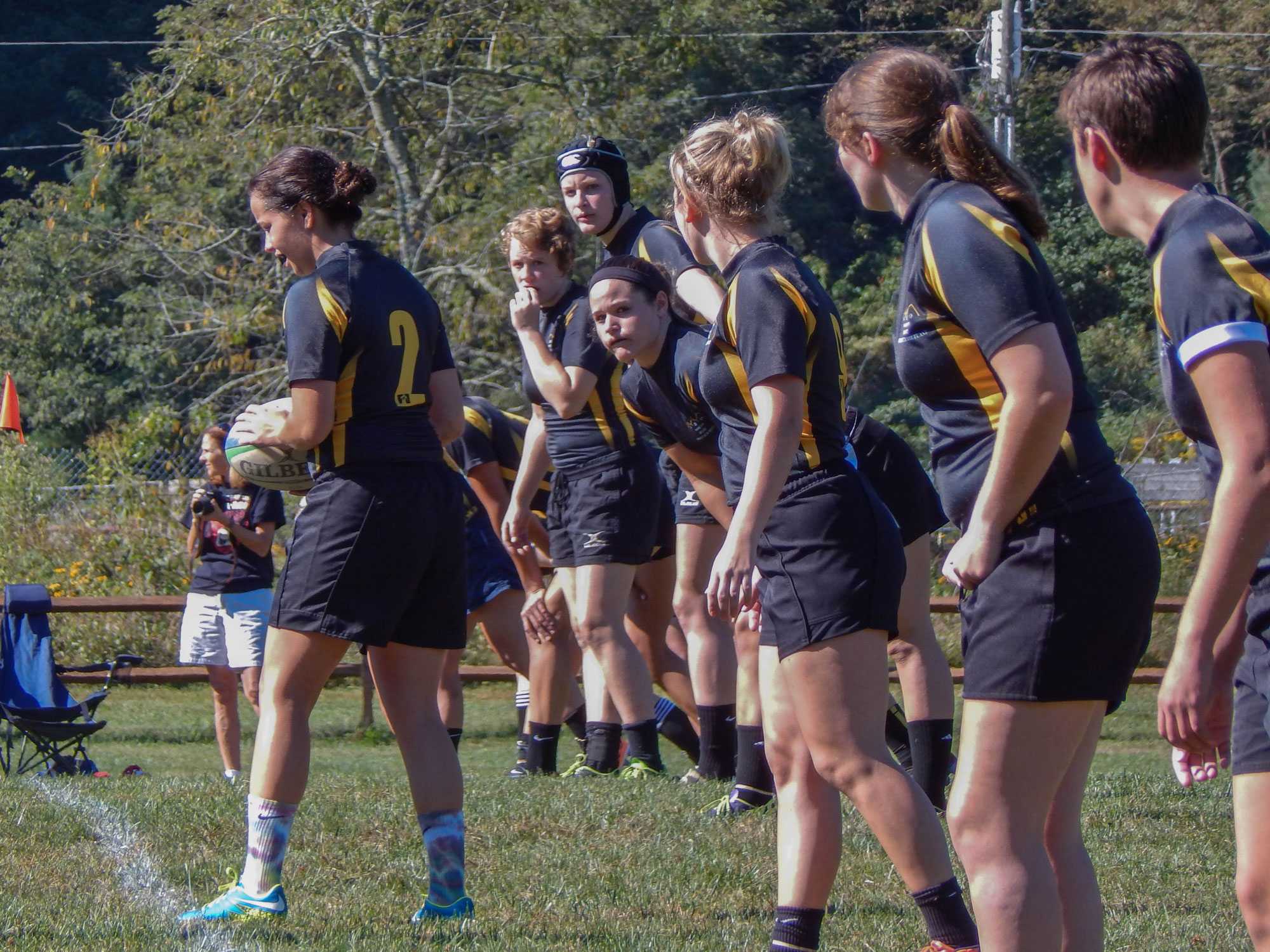 AHO women’s rugby team squared off against NC State at State Farm Field on Saturday in a physical 38-26 victory.

The action was high-paced, quick, exciting to watch, and both sides displayed relentless effort in the hard-fought match.

Senior scrum-half Julie Blakesmith, who scored on an assist from freshman Emerci Jones, was encouraged with how her team played loves the direction they are heading. She was also pleased with the improvements of the young players on the team.

“I think we played awesome as a team,” Blakesmith said. “We really pushed through a lot of adversity that we had with a lot of new players and kind of rebuilding the team this year. A lot of our new players played wonderfully.”

The team graduated one of their captains from last season, Miranda Miller, their president, Kelly Costanho, and other senior standouts Chloe Ramjohn and Kathryn Kennedy.

Thankfully for the team, they return with arguably their most dominant player, senior Rachel Baker, the team’s back captain for this year, as well as junior forward captain Megan Campbell. Both scored once in the win.

One newcomer, senior Sadie Lagle, scored twice in the match as well.

Blakesmith, who missed much of AHO’s last season after being injured during the team’s annual home tournament, “Rucktoberfest,” also gave credit to the veterans on the team.

“They showed off their abilities,” Blakesmith said.

Despite the victory, and an overall solid performance by AHO, Blakesmith said improvements could be made including working on fitness and organization on the field. But she was very pleased with the team’s effort.

“We played our hearts out,” Blakesmith said.

Rugby is definitely a team game, and Blakesmith was very pleased with the team’s chemistry in the match.

“The biggest part about rugby especially is communication and team work along with having that family dynamic on the field so we can have each other’s backs,” Blakesmith said.

The team will need to play with this same approach as they take on both UNC Charlotte and Western Carolina in their next two games, scheduled for Sept. 26.