Allen – Down and out in the high country 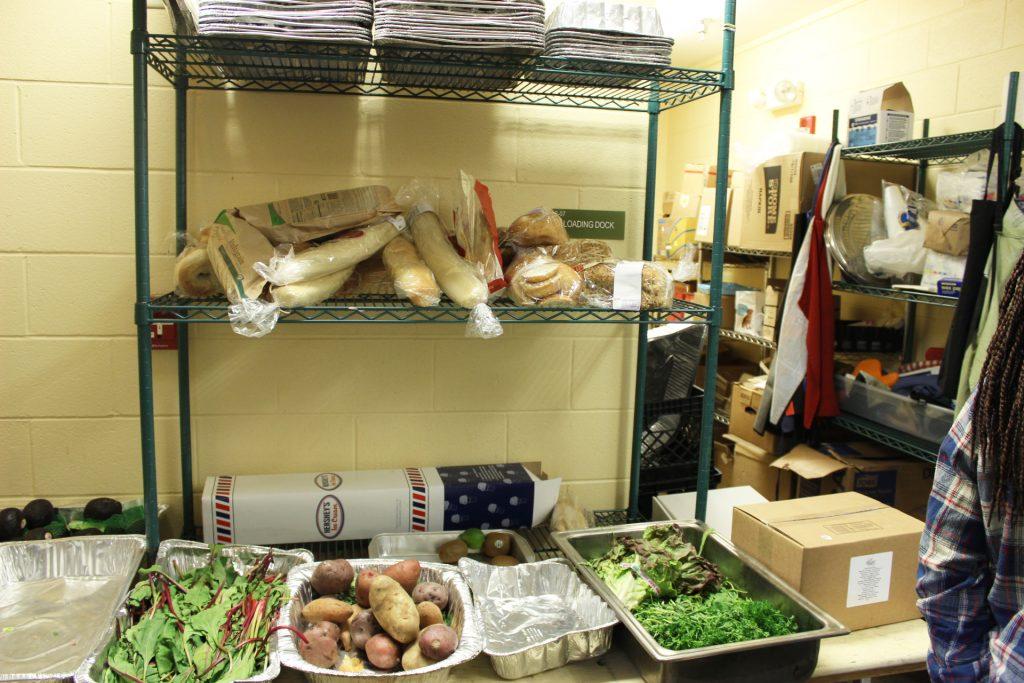 Allen shakes his head off of his desk, his professor telling him to leave if he can’t stay awake in class. Looking up through sleep strained eyes Allen struggled to recall where he was.

A former political science and philosophy double major at Appalachian who asked that his last name not be used, Allen said by the time he had to leave the University in the fall of 2011 he just felt beaten down by the pressure of having to support himself through college.

“I never seemed to get a break from it, like I don’t remember times where I could ever pop my feet up and be like, ‘well everything’s good for at least a day, I’m OK,’” Allen said.

Shortly after leaving Appalachian Allen was living on the streets of Boone.

The National Association for the Education of Homeless Children and Youth issued a report saying that 58,158 students indicated a homeless situation of some kind on the FAFSA application between 2012 and 2013, but that this metric fails to reflect the true scale of the problem.

Allen said he came to Appalachian in the spring of 2006. He moved from Winston-Salem, where he grew up in poverty.

His mother wasn’t around for most of his life and he was raised by his stepfather. He had a hard time making friends, feeling ostracized for his socioeconomic status.

“I didn’t realize how poor I was until I got into high school and I saw some of the houses that my white classmates lived in and then I saw the house that I lived in and that kinda always put me at odds with them,” Allen said

Allen said he never planned on going to college, but chose to attend ASU for the spring semester of 2006 to be with his girlfriend at the time.

He had to leave shortly afterward due to a family emergency, saying his stepfather developed problems with drugs and alcohol in his absence.

Allen was left shocked and on the hook for his last semester at ASU, which his stepfather had agreed to help pay for.

Unable to get financial aid for his next semester, Allen took out a high interest personal loan to return in the fall of 2008. He started working at Wal-Mart to cover his expenses.

The stress of working full time while going to school proved too much, forcing him to leave for the spring semester.

“Previously when I was enrolled I was doing many hours at Wal-Mart and it was just too much,” Allen said. “My opinion now is that kids who go to school should only go to school, it’s gonna take away time to study and other college experiences that I think students need to get.”

He said an average day was a grueling slog that left little time for sleeping or even eating three square meals.

“I would get up about 6, I would eat my breakfast, I would leave about 7:30 from my apartment and I would get to my first class at about 8 o’clock and then I wouldn’t eat or leave campus until after I got out of my final class at like 5:15,” Allen said. “I would get back, eat, and by 6 o’clock I would have to be to work. Then I would work from about 6 to 2 in the morning. Then I would walk home, crash, sleep, get up at 6 and then do it all over again.”

Ralph Lentz, a history professor at ASU, said students in Allen’s situation are not uncommon and that overwork often has an adverse effect on academic performance.

“I had a student last semester I think she was like a senior or something. She was taking a gen ed course with me and not doing well. I come to find out she’s taking 18 hours,” Lentz said. “she’s working though too, she’s working at least twenty some hours a week”

When Allen returned to ASU for the fall semester of 2009 he said he was back on financial aid, trying to work less and focus more on school but had trouble making ends meet.

“I never could make enough working to get my head above water,” Allen said. “That was the one thing that financial aid did, was it give me a large sum of money that I could go ahead and take care of the bills and then any money I got down the road could get me further ahead.”

Balancing the two proved difficult and Allen said he was usually in the red by January, after winter break rolled around and he would be left scrambling to pay the bills.

“For most people when the semester ends they’re on break, they get two full weeks off to, like, go home and rest,” Allen said. “I would immediately go ‘Ok let me go to the financial aid office and see if I have everything good for my spring semester.’”

Allen said he got increasingly frustrated with the financial aid office, claiming the way aid was administered was not suited for those with no family to lean on during breaks.

“Financial aid is only designed to cover nine months of the year but the problem is that the year is twelve months,” Allen said. “So I would always have to figure out, ‘OK, how do I pay my rent for the last three months?’”

Lori Townsend, interim financial aid director at ASU, said federal regulations mandate that the cost of attendance only include periods when the student is enrolled at a university.

Allen said he became increasingly frustrated with ASU, partially due to how much he was struggling while the football program only expanded, and partially due to his growing discontent with classes that did not challenge him intellectually.

Michael Behrent, a history professor at ASU, said that disinvestment from higher education means schools are forced to “market” themselves and leave students to foot the bill.

“I like to wonder sometimes, as Allen was sleeping in a park in Portland or Mike was living out of his car in Hickory, exactly how much money they each contributed to the six figure salaries of ASU coaches,” Behrent said.

Allen said his grievances and the way he aired them only became more pronounced, giving him a reputation as a troublemaker.

He said he tried any avenue he could to attack university policies he felt were unfair, hosting a radio show for one semester and trying to start his own newspaper.

Allen said he felt it was important that his voice was heard and puts great stock in being honest, even to the point of being a contrarian.

Lentz said that as his academic career went on he saw Allen’s condition continue to worsen.

“It was kind of a steady going down, that’s what I noticed is just increasing frustration, increasing exhaustion, increasing burnout,” Lentz said. “Again, being under that much stress he just burned out. He just crashed. I’m surprised he made it as long as he did to be honest.”

Allen said his frustration culminated in an essay he wrote for a political science class comparing the modern university model to a factory.

He failed the class and shortly afterwards lost his financial aid. He was able to find friends to stay with for a while, but started living on the streets of Boone in the spring of 2012.

Allen said he left ASU with over $60,000 in student debt, significantly hurting his credit and hurting his chances to find work or housing.

“It’s always there in the back of my mind, because I don’t deal with it because there are other problems, like finding food and finding somewhere to live,” Allen said.

Allen said it quickly became clear that NC State was not going to work out. He got a job at the university dining hall, which after being denied admission, made him feel as if he was beneath them.

After losing his apartment and his job at the dining hall, Allen went to New York City to stay with a friend, but returned to the streets soon afterwards.

Allen said the shelters in New York proved too dangerous and after being assaulted twice during his stay he decided to fend for himself.

After 8 months living on the streets of New York City, Allen moved to Portland and said he fell in love with the city as soon as he got there.

Unfortunately, he couldn’t find a permanent job. Allen said he was living in limbo between temp jobs and subsisting on $6 a day from food stamps, or when that wasn’t enough, finding other ways to get by.

“I’m not ashamed to say that I’ve been there,” Allen said. “I got to a point in Portland where I would have to end up stealing because $6 would not be enough.”

Beyond finding food or a place to sleep, Allen said he had struggled most with finding a place to use the bathroom.

Allen said that despite his best efforts, finding a steady job that would get him off the streets always hung just outside his grasp.

Allen said that after two years in Portland he had to leave, fearing for his safety after having his life threatened over a sleeping spot.

Allen moved to Orlando, where he has been living in a tent he pitched in a friend’s backyard. He is currently looking to find work and said he is doing better now that he has access to the amenities he was hard pressed to find on the streets.

Allen says that throughout his time on the streets, his laptop has been his lifeline, allowing him to find places to stay and even providing the means to connect with students back at ASU.

Both Lentz and Behrent said that they have invited Allen to speak to their classes via Skype.

“When I’m teaching the world empires class I like to have him speak in my class on my lecture on globalization and it’s been very powerful, it really opens students’ eyes,” Lentz said.

Behrent said he initially invited Allen to speak in his freshmen seminar on social justice and the common good in the fall of 2015 because he thought Allen’s experience presented a relevant moral issue that could spark discussion for the class.

“I don’t want to speak for my students. They were an intelligent, thoughtful group and we had a good discussion,” Behrent said. “But I think dealing with someone who could be your peer, who had once been on our campus, and knowing that he’s homeless and is facing these difficulties was not easy to digest.”

Allen said he tried to get across the scope of the problem and that even getting a job is not enough to get out of a situation where you largely lack the luxury of even planning one day ahead.