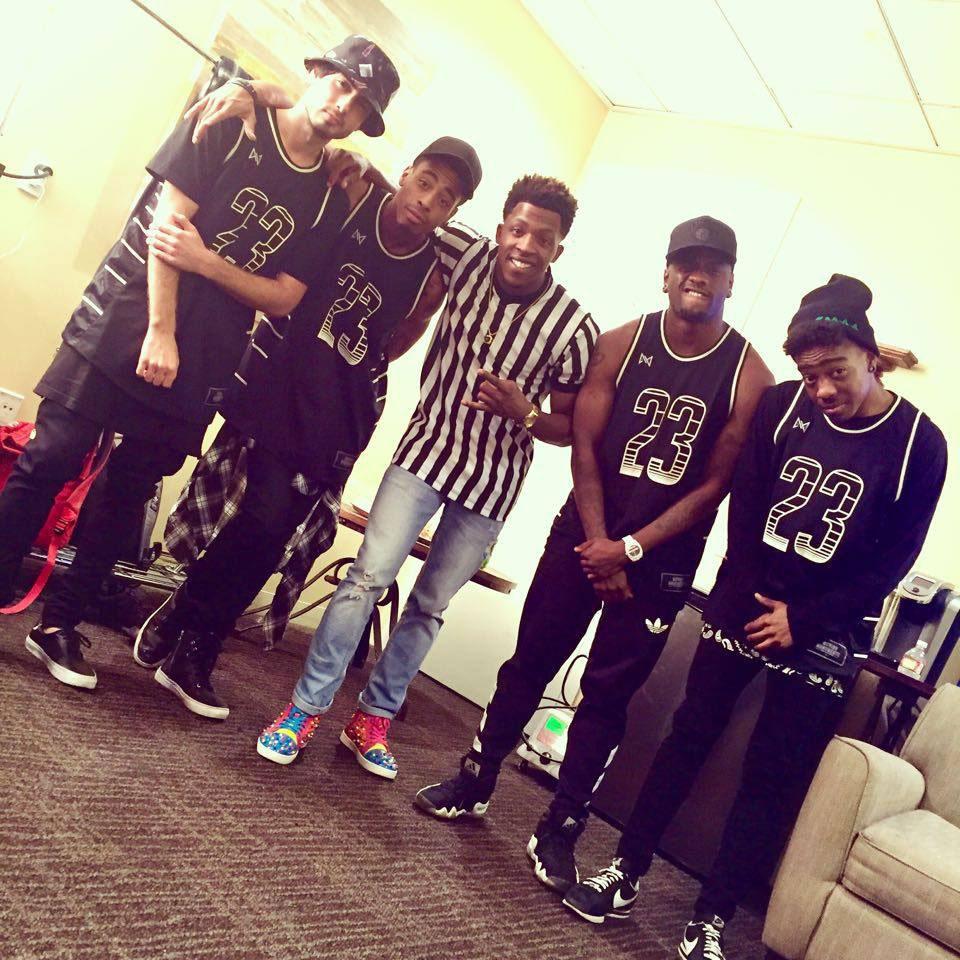 Carr is one of four dancers who performed the viral choreography to “Hit the Quan” with rapper Richard Colbert. Colbert recently changed his stage name to iLOVE Memphis, according to an article by WMC Action News 5.

Traveling to LA in July allowed Carr to discover a community of passionate dancers, including David Moore, a fellow “Hit the Quan” dancer. This was a critical step in his journey to the DeGeneres stage, Carr said. “Hit the Quan” coordinates with movements similar to other recent sensations like “Watch Me (Whip/Nae Nae)” by Silento, he said.

“When I came to LA I did a project with [Moore], who has a pop sound. His video went viral very quickly. When it happened around August we didn’t think anything of it, but one day we got a message from Moore saying he needed some dancers to perform with him on this show.  Ellen happened out of the right circumstances and knowing the right people at the right time.”

Performing on the show, Carr said, is a fast process. Television is a glamorous business to the public eye, but participants experience a unique journey.

“We got on set during production and spent the majority of the time backstage,” Carr said. “We had our own room and we talked to the producers about what they wanted, and we shot it in front of a live audience with us trying to engage them. It was very quick and still very fun and the first time I’ve ever been a part of something big.”

While at Appalachian, Carr co-founded Entropy Dance Crew to help provide students with opportunities unavailable in the universities own dance department. Carr attributes much of his skill to time spent in Entropy during college. The group has grown tremendously in size, he said, and completes a large amount of programming in terms of performances and marketing.

“Being out here, I see that Entropy is leaps and bounds ahead of where it should be for a small group. I’ve seen what we’ve done and it’s been astounding,” he said. “I’ve worked with companies beyond anything that I would have professionally previously, and I’ve seen that what we’ve done in our short time and it’s astounding — the group is incredible.”

In October, Carr organized a show called “Invite Only” in LA and danced in a show called “Carnival.” For three months he danced with a company called “Mob.”  Currently Carr is taking time off from dancing to focus on working and moving into an apartment. He hopes to share his experience with students at Appalachian State University.

“It was a very interesting thing to deal with someone else and their choreography and their structure, and hopefully when I return to NC, this is something I can bring back and talk to Entropy and say, ‘Here’s how a professional company does this and here are the things we can change, and what we definitely don’t need to change.'”

Many students at Appalachian hope to move out to a big city upon graduation, like Brianne Armstrong, senior English major. It is a constant theme for artistic students to flock to an urban area after graduation in hopes of making a way to their perspective fields, she said.

“I am a big fan of Ellen DeGeneres, and seeing [Carr] perform reminds me of my own future journey to either San Francisco or LA to intern at a publishing company,” Armstrong said. “My heart goes out to him as a fellow artist, because Boone is a supportive community and I’m sure leaving it can be hard.”

Carr “hit the ground running” after his arrival in LA, he said.

“I started immediately with a bunch of dance stuff, for those first three months I was on stage six or seven times, but honestly I don’t think I was prepared for the idea of living out here and living a sustainable life. I’m currently saving up money so I can have things to live on. It’s a very different environment,” Carr said.

The professional industry in LA emphasizes community and other factors like appearance, resume and connections, he said.

“There’s an emphasis on how do you look, who you have worked with, what you can do and who do you know. The community is really built around itself,” Carr said. “In Boone we built our own, but the community is so old here that you have a lot of the same names creating the same things. To make anything, you have to learn where the community came from and so I’m learning how to navigate the different sides in terms of who you should interact with, how to work certain jobs and intern, and how to have a certain type of headshots.”

LA is not Carrs end game, he said. He plans to return to North Carolina after figuring out how to make LA work in his own terms. In LA it’s important to be careful with a product, he said. Many are trying to make it and might take advantage of another’s work to gain opportunity.

“The cool thing in LA is that everyone is trying to get to the same place, so people will exchange talents. Same with photographers — maybe you have a person who needs headshots for portfolio, and with video it’s really big out here for dancers, so having footage of yourself dancing. There’s a lot of opportunities with collaboration.”

As many performers know, it’s possible to follow your dreams and accept hard work in the process, Carr said.

“Anyone that wants it should go for it. It’s not going to be easy. Especially following Ellen, I feel like it was great but there is this misconception that everything was awesome, but there’s still a lot of work that needs to be done,” he said. “Just go for it and trust yourself to make the right decision and the right move because everything is different when you put yourself on the line for what you want.”