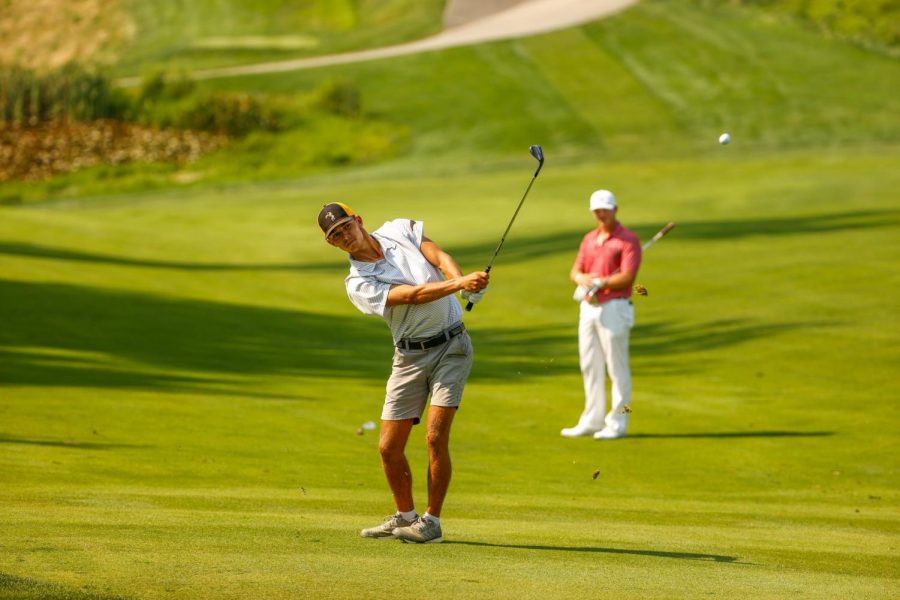 Ryan Marter joins the Mountaineers as a graduate transfer ahead of the 2021 men's golf season. Marter spent the previous four years at Wofford where he was an All-Southern Conference performer and finished in first place at the 2021 Wofford Invitational.

Before the 2020 season, App State men’s golf needed a new head coach, and former men’s basketball assistant Jason Allison stepped in as interim for the 2020-21 season where he didn’t disappoint. The Mountaineers finished third or better in six of their nine tournaments, earning Allison his spot as the head coach for 2021.

Senior Timothius Tamardi had his best season last year, earning a spot on the All-Sun Belt Second Team with a stroke average of 72.24. Tamardi also made the record books in Boone, having the fifth-best stroke average in program history. Tamardi made history in the offseason, being the first App State men’s golfer to compete in the NCAA championship, where he came just a few strokes short of the finals.

Behind Tamardi, the Mountaineers return juniors Addison Beam and Sverrir Haraldsson, who started during the 2020 season and were a large part of the success. Beam won the Gaston County Amateur in 2020 as an individual and had a T13 finish last season. Entering 2021, the Cherryville native will have to step into a big role. Haraldsson, who came to App State from Iceland, had a career-best stroke average of 74.17 in 2020, including three top 15 performances.

The Mountaineers also reloaded in the offseason, welcoming one transfer and three freshmen to the roster. Ryan Marter transferred from Wofford, where he had a stroke average of 72.11 in the spring. The other newcomers include Josh Baxbaum, James Gradisek and Ben Locker.

After one of the best seasons in program history, the Mountaineers men’s golf team is poised for another strong season under Allison.