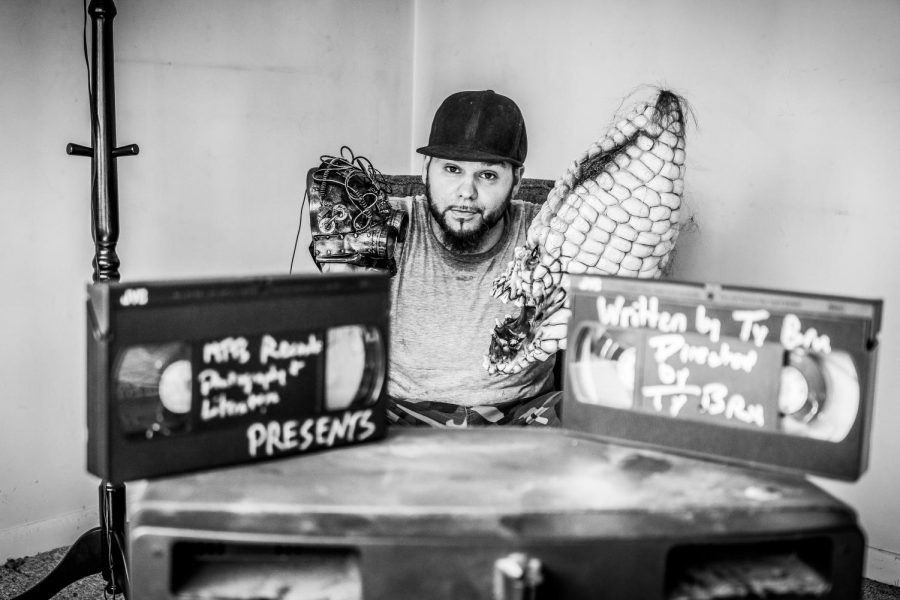 App State alumnus Ty Brueilly and his new short film "Meng Hau Lu" was selected for the Oaxaca Film Festival. Brueilly discussed how most of his films deal with "addiction" and that his new film could be taken as a "daydream" or even an "anxiety attack".

App State alumnus Ty Brueilly wanted his new film “Meng Hua Lu” to engage his audience while leaving the message up to interpretation.

“Meng Hua Lu” is a 13-minute short film without dialogue that was picked up as an official selection to play at the Oaxaca Film Festival.

The Oaxaca Film Festival started in 2010 and is an eight-day international film festival in Oaxaca, Mexico. Half of the festival is for screening films, and the other half gives filmmakers a chance to attend workshops, brainstorm and network. This year’s festival will take place Oct. 4-10.

Bruielly said his films are mainly about addiction, but not in a way that is meant to overwhelm his audience.

“If (addiction) happens to you or your family members, you feel it, but it’s almost like this feeling of being ashamed to talk about it,” Bruielly said. “That was my inspiration in doing it, so abstract and so art driven to where the viewers don’t know they’re actually seeing something that’s rooted in addiction.

Bruielly said in the long run, films like this could help people accept that addiction is a major societal issue.

Although “Meng Hua Lu” was released less than a year ago, it was screened at over 20 film festivals worldwide during that time. In December, the film won Best Film Noir Short at the Independent Shorts Awards in Los Angeles.

“SHUCKS” came out on Veteran’s Day in 2017 and was shown at Asheboro’s Sunset Theatre. Brueilly said he sent it to nearly 40 film festivals, but did not get any responses.

Brueilly said he had friends in the industry who told him people didn’t have the attention span for a 50-minute silent film, especially as his first film.

“I guess with the shorter amount of time and it also being silent, it could reach more countries,” Brueilly said. “One of the festivals said that I was accepted, and after that, it was kind of a good fire spreading and spreading. One saw it, then the next wanted me to submit, and for about four months straight it was good news about this.”

Bruielly said he normally doesn’t go to festivals because he has an 18-month-old son, but he will attend this year’s Oaxaca Film Festival for five of the eight days.

“I can’t really just jump in a car and go to New York, or fly to Paris just to sit in a coffee shop, or a bar and be there for the film,” Bruielly said.

Despite his career as a filmmaker, Brueilly did not take any film classes at App State.

Brueilly originally pursued journalism and was a sports reporter for The Appalachian. His goals changed when he studied abroad in China his junior year.

Bruielly moved to China after graduating and lived near Shanghai for five years.

“I loved it at App. It was a totally different place then. My first year was 2000, and I graduated in 2005,” Bruielly said. “That campus has grown, changed and flourished since then, but the opportunities I got were straight from Appalachian.”

He encourages students to study abroad, because it will “crack your mind open to where you can absorb so much more.”

“Meng Hua Lu” will play at the Oaxaca Film Festival on Oct. 6.