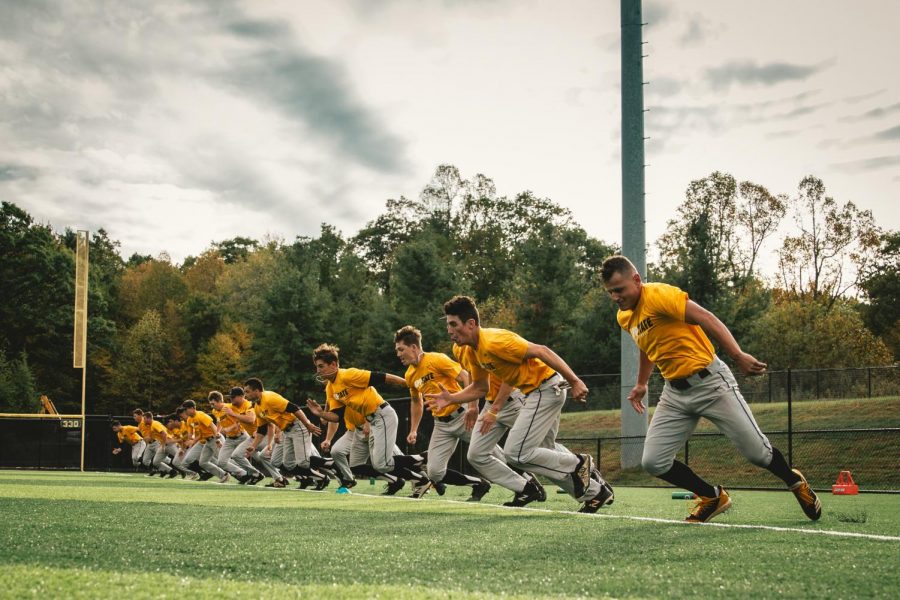 The App State baseball team finished 22-31 and fifth in the Sun Belt in 2019. After losing seven seniors from the 2019 team, the team will have a lot of new faces with six freshmen and four transfers coming into the 2020 season.

Senior pitcher Andrew Papp said many of the young players have shown a lot of promise.

“I think Noah (Hall), our right-handed pitcher, is gonna have a pretty significant role,” Papp said. “I mean, just watching him this fall, he’s definitely got some really good stuff. Not just the stuff he has on the mound, but his mental game toward going out there and pitching, he doesn’t act like a freshman on the mound. I can see him being really big for us in some big-time spots.”

Hall was a second-team honor on the 2019 Collegiate Baseball High School All-American team. The Providence High School graduate is part of a group of six freshman Papp believes will make a big impact in their first year.

Papp has seen a lot of ups and downs in this program, but said he is very hopeful for this year. The team won 19 games when he was a freshman, and they haven’t finished above .500 during his career at App State. He said he believes that they have improved in recent years, and this year could be where it all comes to fruition.

This was a sentiment affirmed by head coach Kermit Smith.

“My expectation is that there is a group of guys in that locker room that is gonna go out every day and win a baseball game,” Smith said.

Luke Drumheller, a sophomore infielder, had an impactful freshman year in 2019 that featured a .337 batting average, 37 RBIs, 67 hits and 15 doubles. He broke the school record and tied the NCAA record with five doubles against Furman.

“You just know he’s going to show up every day and that resonates in the dugout and throughout the locker room, so it’s nothing that really needs to be said, and I think that’s a leadership characteristic,” Smith said.

Coming off of a year they believe didn’t reach their expectations, the Mountaineers are hopeful to make some noise this season. Smith has built the roster so everyone can make an impact, not just the juniors and seniors. This is a characteristic that the coaching staff believes can help them throughout the season, knowing every guy can step onto the field looking to make a big play to help pick up a win.

“We just need to play better baseball. Guys settling into roles and making sure the coaching staff is evaluating the guys in terms of getting pressure outs or pressure hits and who we want out there that’s going to make that play,” Smith said. “The better we evaluate that and communicate as a coaching staff, the better situation we will put our team in to be successful.”

Smith said he believes players will present themselves as being able to make the big plays, and those will be the guys that play more this season.

Papp has seen all of these players grow with him throughout the fall and believes many of them will have a large part in helping this team be successful.

“We’ve got Jack Hartman coming back, he throws hard…Peyton (Idol), the competitive attitude that guy brings to the field every single day,” Papp said. “In years past, it seems like they struggled to be what makes them good, and it seems like this group is really being themselves.”

The Mountaineers open the 2020 campaign on Feb. 14 at Gardner-Webb.