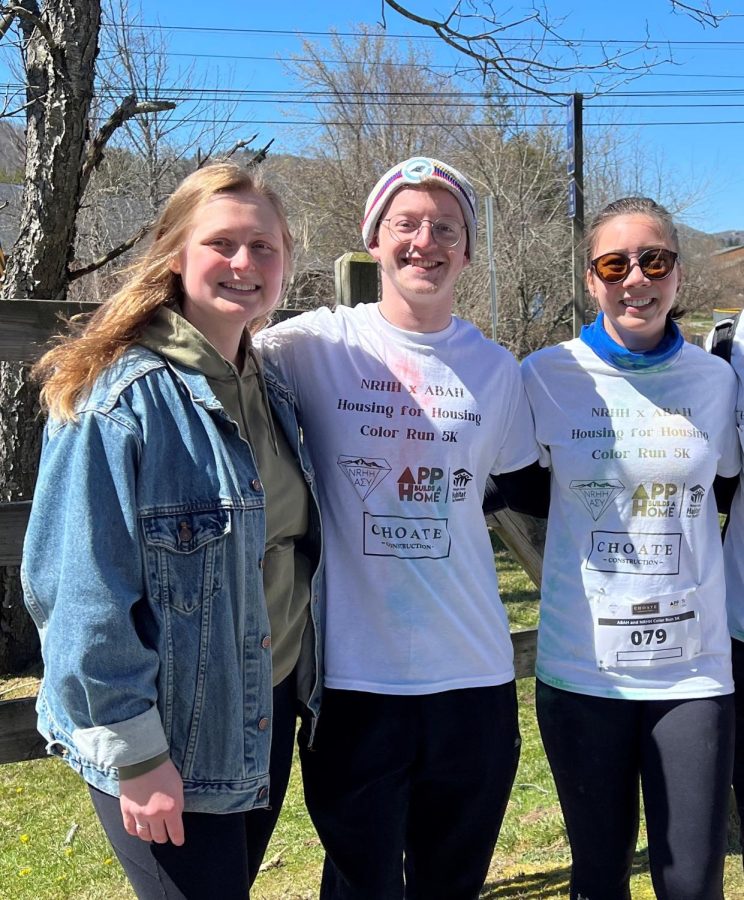 This past week, App Builds a Home hosted its first spirit week with events raising funds for a third charity home in the High Country.

ABAH, a university partnership with Watauga Habitat for Humanity, builds safe and affordable homes for local partner families. From a concert in Hayes Music Hall to building the interior walls for the next home, there were several volunteer opportunities for students to take part in. ABAH’s goal is to construct one house a year for a family, and this year is dedicated to the Paterno home.

According to ABAH’s website, Kim Paterno is a hard worker who is loved by those that work with her and a straight-forward individual valuing accountability. ABAH and Habitat for Humanity wrote they are inspired by Paterno’s spirit, and they look forward to working together on her new home.

ABAH is finishing up the second home, and then will build the third home in a few months, said Misty Mayfield, faculty advisor for ABAH.

The other two homes that ABAH assisted are the Barker home, finished in fall 2019, and the Potter home, where the interior work is almost completed.

“We named it ‘from the ground up’ because App Builds a Home is a part of building a home from the foundation to raising the roof,” said Mackenzie Millett, student director of ABAH.

“We had over 70 people registered, so we’ve raised over $700 for our next home, which is just amazing,” Millett said. “The fact that people came out to run still on this cold day has been really inspiring.”

In attendance was also the upcoming president of the NRHH, Austin Balent, and current NRHH president, Anna Thomson.

“We didn’t have a goal coming into it. It’s our first time doing this event, and this honestly is my goal,” Balent said, pointing to the crowd of people.

“If you’ve never been to a Hayes school of music concert, they always put on the best music, and we got to see some amazing faculty demonstrate their talent,” Millet said. “So that was really awesome on Tuesday night.”

Millett said it was an awesome opportunity for students who live on campus and might not be able to get to the building site on their own.

“This 5K, graciously sponsored by NRHH, is helping us achieve our fundraising goal for house number three, and we are pretty close to reaching that fundraising goal,” Mayfield said.