App State employee of 18 years dies due to COVID 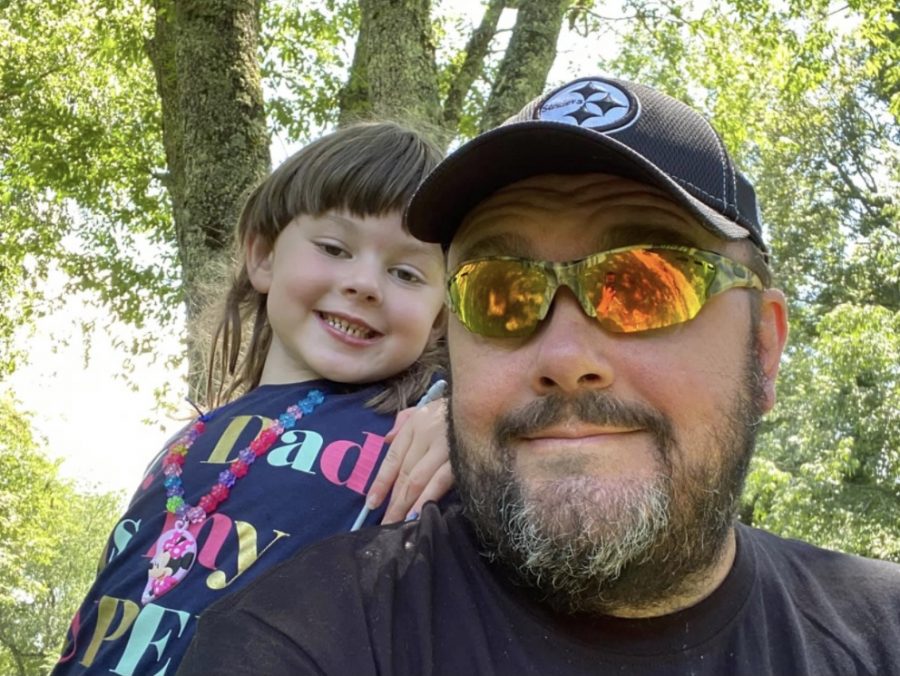 An App State employee died Sept. 15 due to complications that arose after he contracted COVID-19. He was 46.

Johnny Bunton, a Watauga County resident who worked at the university for 18 years, is survived by his 6-year-old daughter Paige Bunton, his mother Linda Bunton and partner Lindsay Taylor, Paige’s mother.

“He was a great guy. He loved, loved, loved his daughter,” Taylor said. “He lived for that little girl. He loved her so much.”

Bunton tested positive for COVID-19 the fourth week of August and was hospitalized Sept. 4. He was put on a ventilator Sept. 8, developed a blood clot in his lungs and was put into a medically induced coma. He passed days later.

Before being put into a coma, Bunton, who was not vaccinated against COVID-19, said he wished he had gotten the shot, Taylor said. She got the first dose of the Moderna vaccine Sept. 23 following Bunton’s passing.

When not at work in Plemmons Student Union with the building services staff, Bunton spent time with his daughter, “his number one joy,” Taylor said. The two would play hide-and-seek and tag, play with Paige’s Barbie dolls, go down the slip-and-slide and make snowmen.

The family loved going to the Tri-Cities flea market in Bluff City, Tennessee, and shopping in Tennessee on weekends, Taylor said.

A great admirer of Nascar and all things racing, Bunton had a YouTube channel dedicated to the sport with a following of over 1,000. Bunton lived with and took care of his mother Linda Bunton in Flat Springs, 30 minutes outside of Boone.

Bunton originally worked at the now-demolished Broyhill Center and later as part of the building services staff in the student union. Sandra Presnell, one of Bunton’s co-workers, said it feels like Bunton isn’t really gone, more like he is away on vacation but will be back soon.

“It’s weird to think that he won’t be back. I can’t think of it that way,” Presnell said. “It feels like he’s just out.”

Tammy Ritchie, who worked with Bunton for his entire career at the university, said he was a big jokester. Bunton and his co-worker Gary Wolfe made a bet with Ritchie and Presnell that the Denver Broncos would win Super Bowl 50 in 2016.

“They wanted steak and potatoes cause they won. He won. So, we got them some beef jerky for the steak and some potato chips for the potatoes,” Presnell said.

Ritchie said none of her doodles or drawings were safe in the housekeeping office in the union because Bunton would “write something crazy on it every time.” The office would always have something related to the Pittsburgh Steelers, Bunton’s favorite team, written on a whiteboard or a piece of paper taped to the wall.

Bunton, an avid listener of heavy metal and a video games fan, was always laid back, said co-worker Brian Reece. Gary Wolfe, who worked alongside Bunton during the second shift for nine years, recalled memories of playing pool and going out to dinner with Bunton and their friend Clayton.

“It’s hard. But time heals everything,” Wolfe said. “Johnny is gonna be missed. He was an awesome guy.”

Correction: A previous version of this story misstated the name of the museum at Grandfather Mountain.