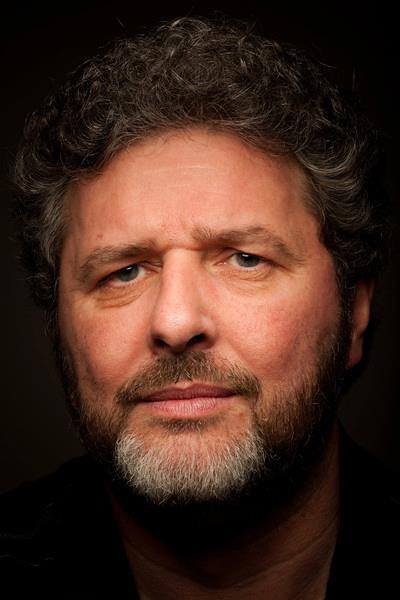 Joseph Bathanti, poet, novelist and professor in App State’s English department, read a brief biography of Rice and reflected on Rice as a friend and author.

“I’ve known Adrian since 2011 but it seems like so much longer, simply because he’s become, in such a short time, such a sturdy friend and fellow poet,” Bathanti said. “He’s a dazzling poet, but also a rounded and caring human and humane individual.”

Rice was born in Northern Ireland, but is now a resident of Hickory, North Carolina.

He said he was brought up in a “hood,” and was inspired by one of his high school teachers. The teacher recited a John Keats poem from memory on the first day of school.

“Even though I didn’t understand most of it at that point, I understood the rhythms of the language and the passion in which he read,” Rice said. ”I just thought, ‘My goodness, whatever that is, I need more of that.’”

Before moving to the United States, Rice graduated from the University of Ulster with a bachelor’s in English and politics, along with a master’s degree in Anglo-Irish Literature. He has also participated in writing workshops, lectures and readings in the U.K., Ireland and the U.S.

His first sequence of poems were featured in “Muck Island,” a collaboration with poet Ross Wilson, and are now showcased in the Tate Gallery and the Museum of Fine Arts, Boston. Rice began his reading with a poem by Wilson.

Rice’s first collection, “The Mason’s Tongue,” was shortlisted for the Christopher Ewart-Biggs Memorial Literary Prize, according to his website.

“His poems and reviews have been broadcast internationally on radio and television, and have been published in several international magazines and journals,” according to his App State bio.

Rice is a doctoral student in the Educational Leadership program in the Reich College of Education. He also teaches first-year seminar and reading education graduate courses.

“Adrian’s writing is, quite simply, extraordinary,” Bathanti said. “It’s never been more apparent than in ‘The Strange Estate,’ where we get a sense of his astonishing range, not just subject matter but his language.”

“The Strange Estate” is now available for purchase online.