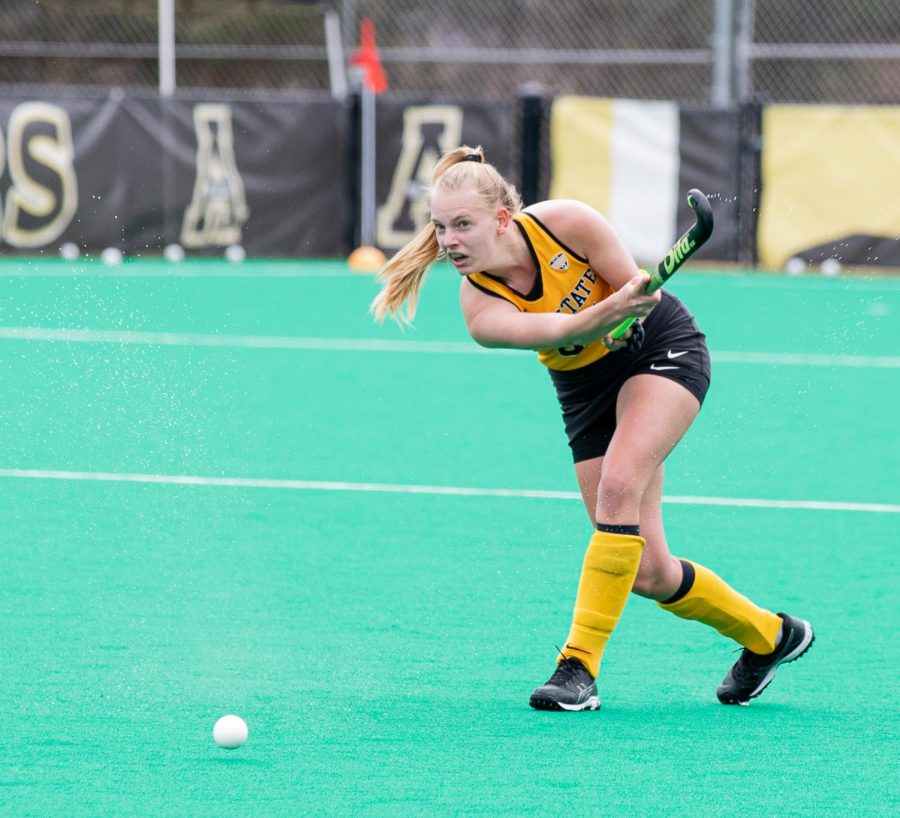 On Monday, App State field hockey took down Atlantic-10 opponent Saint Louis 3-2. The Mountaineers trailed by two goals before scoring twice in the second half to force overtime, where senior captain and midfielder/forward Meghan Smart knocked in the game-winning goal on an assist from senior midfielder Veerle Van Heertum.

“I’m excited we could get out here, get the result that we wanted against a tough team that really challenged us today, so I’m really really proud of our team,” sixth-year head coach Meghan Dawson said.

At the end of the first period, both teams were scoreless, but Saint Louis quickly drew first blood five minutes into the second period. After holding the Mountaineers scoreless for the remainder of the period, Saint Louis extended its lead to 2-0 just over a minute into the third period.

Just before the third period ended, the Mountaineers scored their first goal on a shot from freshman midfielder Grace Ball. The equalizing goal came six minutes later when Van Heertum scored her first goal of the season on a pass from senior captain and midfielder Annette Jarosz. Both defenses held strong for the remainder of regulation, sending the game to a sudden-death overtime period.

App State wasted no time securing the game-winning goal as Smart found the back of the net just 47 seconds into overtime, giving the Mountaineers a 3-2 win. As a team, App State took 25 shots, 14 of which were on goal. Saint Louis goalie Kendyl Underwood recorded 11 saves on the day. The final two Mountaineer goals, by Van Heertum and Smart, were the first for each  senior leader of the new season.

With the win, App State improves to 2-2 on the season after falling in its first two games of the year. The Mountaineers knocked off Ball State 1-0 March 13 for their first Mid-American Conference win of 2021.