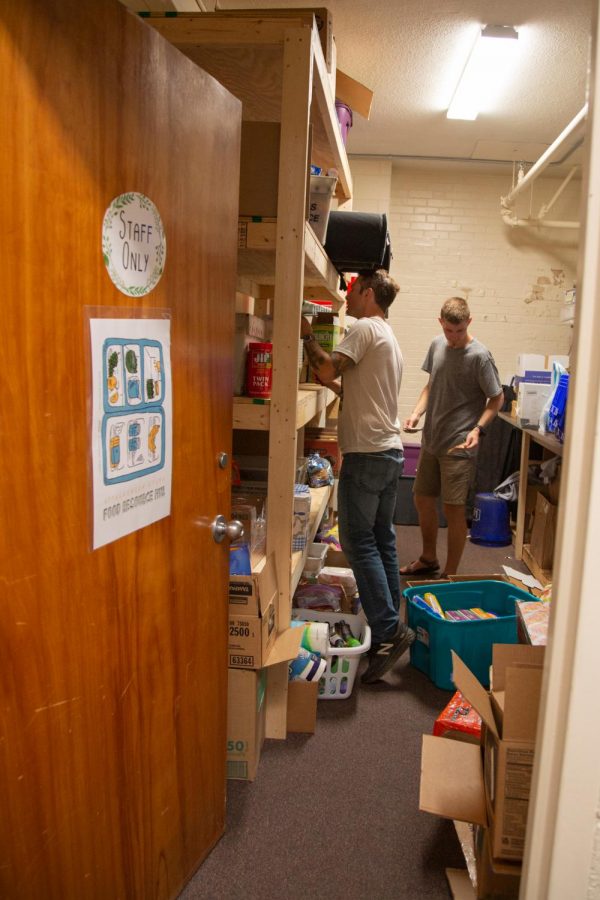 Volunteers stock the pantry at the Food Resource Hub in 2019. App State has spaces across campus where students and faculty can get a variety of items including food for free to eliminate food insecurity, a problem that has been exacerbated by the pandemic.

Some students stress over studying for tests. Others worry about how and when they will get their next meal.

The New York Times published an online article by Anthony Abraham Jack entitled “I Was A Low-Income College Student. Classes Weren’t the Hard Part.” in which he briefly mentioned App State’s food pantry.

Jack mentioned the food pantry, along with other resources at colleges and universities, when discussing the nearly 40% of undergraduate students who are food insecure nationally.

“There are practical and immediate steps that can be tailored to the campus and student body,” Jack wrote. “Opening food pantries and food banks, as at Bunker Hill Community College, Appalachian State University and Columbia University.” 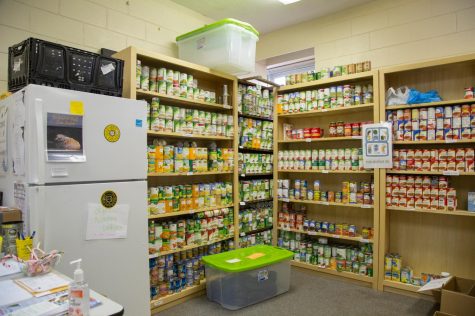 With food pantries on so many campuses, what sets App State’s apart?

Rebecca Walton, sustainability outreach coordinator for the Office of Sustainability, started her job about a year ago, and she said one of her first tasks was to research other UNC System food pantries.

“We, by far, have the biggest and the most open hours with the least rules,” Walton said.

Because the pantry is run by staff instead of students, unlike other universities, it is open from 8 a.m. to 5 p.m. to serve App State students, faculty and staff. While it is not intended to serve locals of Boone, pantry staff do not turn anyone away.

The Office of Sustainability opened smaller food pantries around campus in Garwood Hall and the Reich College of Education. For this reason, the main food pantry, located in the basement of East Hall, is now called the Appalachian State Food Resource Hub.

“We act as a food hub instead of a food pantry in a singular location,” Walton said. “We do weekly routes and drop off food.”

A graphic design capstone class helped the food pantry rebrand as a food hub last fall. Students designed new logos, posters and stickers. Walton said because of this, more people on campus became aware of the food hub, which saw an increased number of visits.

The food hub ensures students do not go hungry. They also welcome community members’ help if they can.

“Having the ability to give back is very meaningful to people,” said Jennifer Maxwell, sustainability program manager.

People can leave notes about what the food pantry means to them in a box in the main food pantry. One person wrote an anonymous letter stating, “I’ve had so much anxiety and uncertainty alleviated due to the food pantry and free store. Thank you so much for being here for us. I don’t know that I could ever fully express my gratitude.”