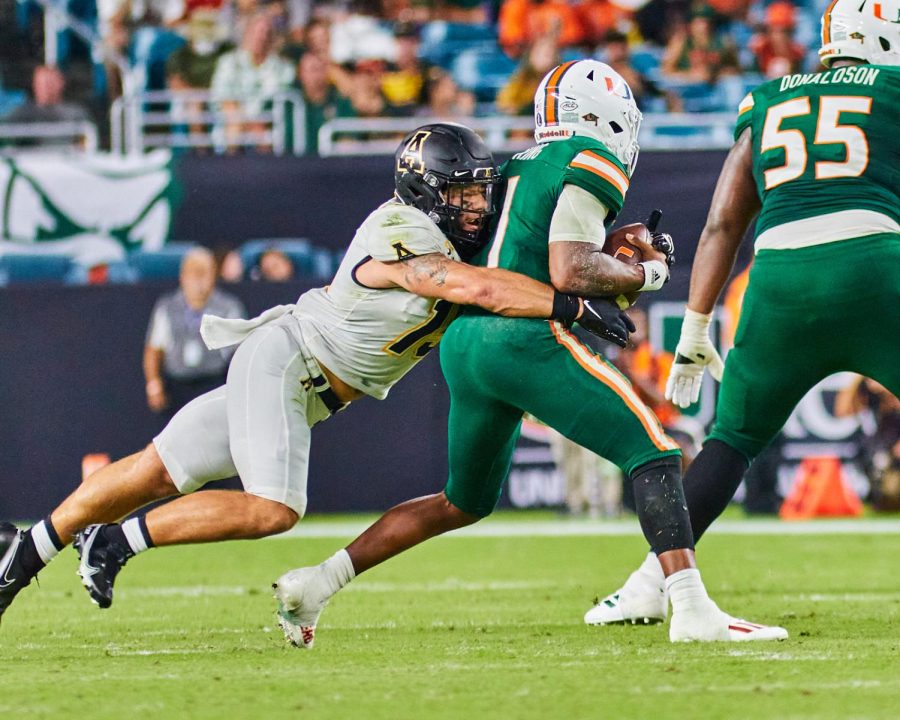 The Mountaineers are coming off a heartbreaking loss in Miami and turning their focus to the Elon Phoenix. Members of the Colonial Athletic Association, Elon is 1-1 on the season with a win against Campbell, who App State throttled 52-21 last season. This is the home opener for the Mountaineers, where a sold-out crowd in Kidd Brewer Stadium awaits.

“We’ve turned our focus now on Elon. This is the biggest game in school history in my opinion and again to get a chance to come back to The Rock with a sold out crowd, and we’re looking forward to it,” App State head coach Shawn Clark said.

Coming into this game, the Mountaineers were just a couple of mistakes from still being undefeated versus a Power-5 opponent and now face an FCS matchup. Elon is an in-state opponent. App State’s biggest issue in this game will be trying to contain quarterback Davis Cheek. Now a three-year starter, Cheek is a pocket passer who has 41 touchdowns in his career with the Phoenix, and he will also have his hands full with the App State defense.

“I have a lot of respect for Tony and his program down in Burlington,” Clark said “(Cheek) is 6’3, 217 pounds, got a fantastic arm, makes great decisions.”

The Mountaineers gave up just 25 points against ranked Miami, including a touchdown where the Hurricanes started inside the App State 5-yard line. With six sacks through two games, the Phoenix will have to contain the super senior defensive end Demetrius Taylor and junior linebacker Brendan Harrington in pass protection. Cheek is not a mobile quarterback, and keeping him standing will be a key for Elon to keep it competitive.

Turning it over to App State’s offense, the formula has changed under offensive coordinator Frank Ponce. The Mountaineers have continued to run the football heavily, but graduate transfer quarterback Chase Brice has opened up the offense to take more shots and extend the run game through quick passes to super senior wide receivers Thomas Hennigan and Corey Sutton.

The App State rushing offense still fits the identity, though. Through two games, the Mountaineers have 353 rushing yards, averaging 4.7 yards per carry. Junior running back Cam Peoples brings the power with his explosive speed, while sophomore running back Nate Noel is the lightning of the backfield, using his smaller frame and quickness. Elon gave up 262 yards on the ground against Wofford, and if App State relies on the ground game, they are capable of vaulting that number.

“Anybody can beat anybody on any given day in college football, and we’re not taking this game lightly,” Clark said.

Saturday’s game will also feature the unveiling of College Football Hall of Fame coach Jerry Moore’s statue. The Mountaineers kick off vs. Elon at 3:30 p.m.