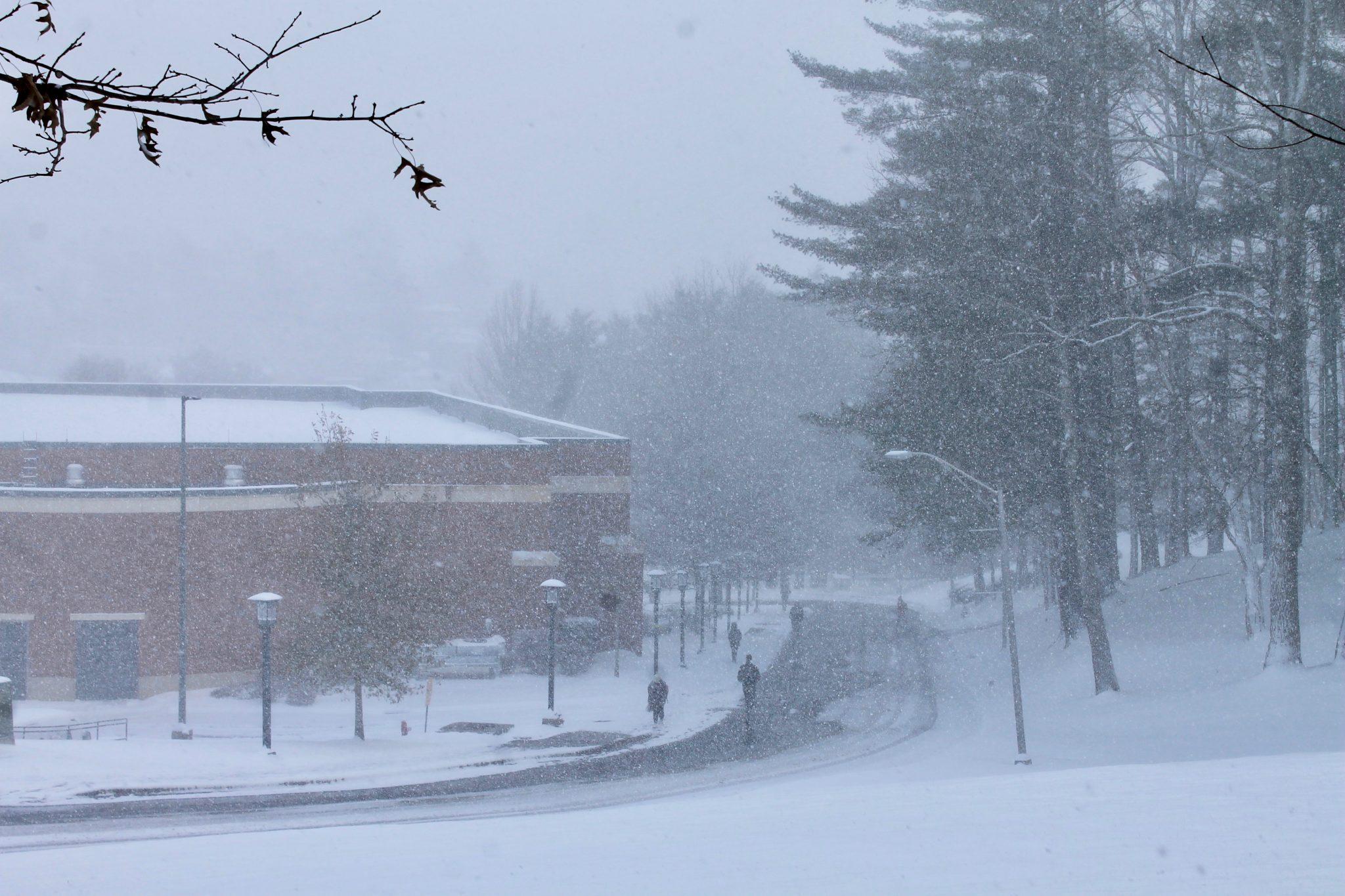 Boone woke up Wednesday to snow-covered roads. Watauga County was under a winter weather advisory issued by the National Weather Service from 8 p.m. Tuesday until noon on Wednesday.

AppalCart will be running limited routes for the rest of the day until 6 p.m. However, Craig Hughes, director of AppalCart, said if drivers think conditions have improved in areas they do not serve on limited routes, they will continue driving.

“At 4:30 this morning we talked, AppalCart was good to go, conditions were looking OK on roadways. There were no concerns from our snow crews on campus,” Jason Marshburn, director of Environmental Health, Safety and Emergency Management, said. “The forecast itself did call for snow showers but no more than a dusting, maybe a half inch a most.”

Marshburn also said the school has to make a decision by 5:30 a.m. on whether or not to close.

AppalCart tweeted at 8:21 a.m. that all routes would be held until the snow eased and the road conditions improved. At 8:53 a.m. it tweeted that routes were running on limited service.

“We were hopeful all morning that the weather would clear and we could go on as scheduled but we did the best we could and went with limited routes and picked people up where we could,” Hughes said.

Hughes said he woke at 3 a.m. to start looking at weather and the forecasts. He said the decision to stop routes came after the roads became “very slick very fast” and visibility became low.

There were two AppalCart buses and a van that got stuck in the snow and one bus was hit when a car slid down the hill at Winklers Creek.

Marshburn said EHSEM saw more snow showers than were forecasted, as well as heavier snowfall. The NWS issued an extension to the winter weather advisory until 3 p.m., which is why classes starting at 1 p.m. were canceled.

“In talking with AppalCart and some other groups, we decided it was best to kind of cancel classes,” Marshburn said.

The snow crews look at the main travel paths on campus to try to keep those as clear as possible. They divide the campus into sections and try to maintain the walkways as much as possible.

“It’s always trying to determine the right time to make that call and it can be tough sometimes,” Marshburn said.

Marshburn said EHSEM are preparing for the potential snowfall this weekend by looking at the big picture, watching the forecasts and making sure equipment is ready.

Exams scheduled for Monday may be moved online or professors can meet on Thursday at the same time and location it would be on Monday.

Featured photo caption: Snow on campus near the SRC.