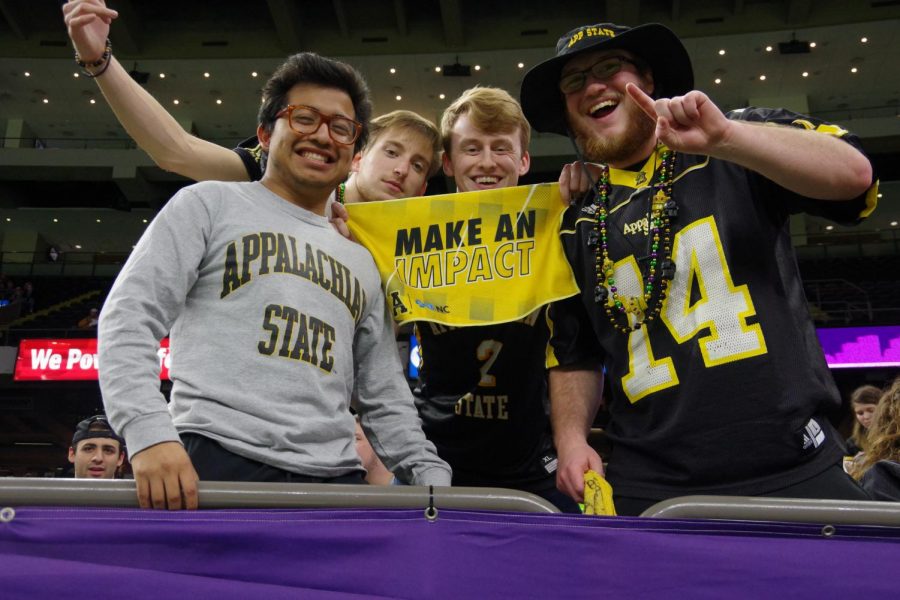 App nation showed up strong to cheer on the Mountaineers in their fifth straight bowl win.

The 2019 football season saw the Mountaineers break records. They became the first team in North Carolina to win 13 games in a season; the first team to win its first five bowl games; achieved a new App State and Sun Belt record for an AP Top 25 ranking at No. 20; and was ranked in the College Football Playoff rankings for the first time in school and Sun Belt history.

The 2019 season also saw a spike in attendance from the 2018 season to lead all schools in the Sun Belt Conference. Kidd Brewer Stadium hosted a total of 148,022 people during home football games this past season. That averages out to 24,670 over the six regular season home games. The total and average does not include the Sun Belt Championship game, which 18,618 people attended.

The next closest school was Troy with 140,996 total, which averages out to 23,499 over the six home games. Sun Belt rival Georgia Southern was last in total attendance with 83,785 at its six home games for an average of 13,964 per game.

“The App State fan base is among the most passionate in all of college football, and we see that displayed regularly on fall Saturdays at The Rock,” Athletic Director Doug Gillin said. “Our students, alumni and fans are among the reasons the football program has been able to sustain its championship level year after year.”

App State increased its home football attendance by over 31,000 from the 2018 season.

Multiple home games in Boone were marred by weather this season, including a 2-hour lightning delay in the first quarter on Sept. 28 against Coastal Carolina. The game against Georgia Southern on Oct. 31, the Mountaineers’ only loss of the season, included freezing temperatures and precipitation.

This is the third time in four years the Mountaineers have led the Sun Belt Conference in attendance for home football games. App State led in attendance during the 2016 and 2017 seasons, with an average attendance of 26,153 and 25,787 respectfully.

“We’re proud to have led the Sun Belt in home attendance three of the last four years,” Gillin said. “The most exciting part is that we still have room to grow.”

The total home attendance for Sun Belt Conference football teams was 1,096,161 over the course of the season.