App State loses to Troy in an error-filled game 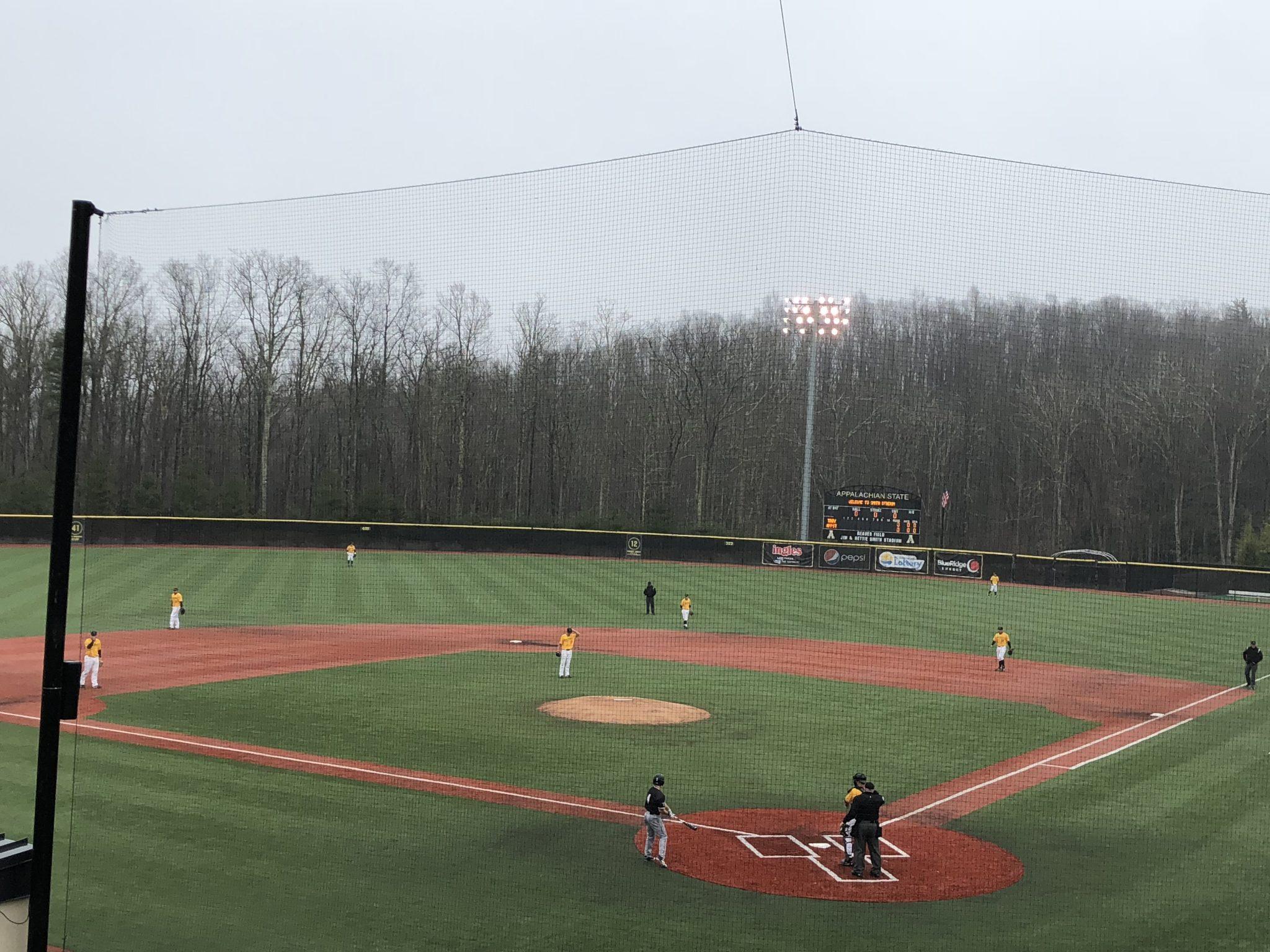 The Mountaineers defeated Georgia State 9-2 on Saturday to even the series 1-1. The tiebreaker will be played Sunday.

A day after head coach Kermit Smith hit 500 career wins with a 5-2 win on Friday, the Mountaineers lost to Troy 6-2 on Saturday. App State falls to 1-10 in the Sun Belt Conference and 8-20 overall.

Junior infielder Joel McDaniel led the Mountaineers with two hits and one RBI. Redshirt sophomore outfielder Beau Myers had the only other RBI in the bottom of the fourth inning. The Mountaineers had four hits in the game.

McDaniels said that he just had good pitches and he was able to hit them and that against Troy on Sunday they are going to have to hit the ball more.

The Mountaineers had three errors in the game.

“We had a debatable fourth error and that’s — we just got to catch the baseball. I mean it’s real simple,” Smith said.

McDaniels agreed and said that they just need to catch the baseball. The team has 33 total errors on the season.

Junior pitcher Andrew Vaccacio started the game on the mound for the Mountaineers. He finished the game with five earned runs, nine hits, seven strikeouts and four walks before being replaced by freshman pitcher Will Sprinkle.

Sprinkle came on to relieve Vaccacio in the top of the sixth inning. He pitched one hit, three strikeouts and no walks in relief.

“I was just trying to come in and fill up the zone,” Sprinkle said. “Basically just keep the game close and make it so they couldn’t start swinging and coming back.”

Sprinkle said that he felt good on the mound today and that his change-up was good during the game.

Smith said that weather definitely changed from Friday’s win at Troy but was more disappointed with how the team came out and played.

“Really disappointed in the way we came out today. Today’s a day that I feel like, as a program, would take pride because this is the kind of weather we compete in quite a bit,” Smith said. “We practice in this weather and compete in this weather you know in the late fall or early winter and it just didn’t look like we were prepared to get out there and do that today.”

The weather for opening pitch was 42 degrees with light rain.

Sprinkle thinks that the team needs to come play with more focus in the series finale against Troy on Sunday.

Smith thinks that they need to have a better mindset on how they are playing and the results the team is seeing.