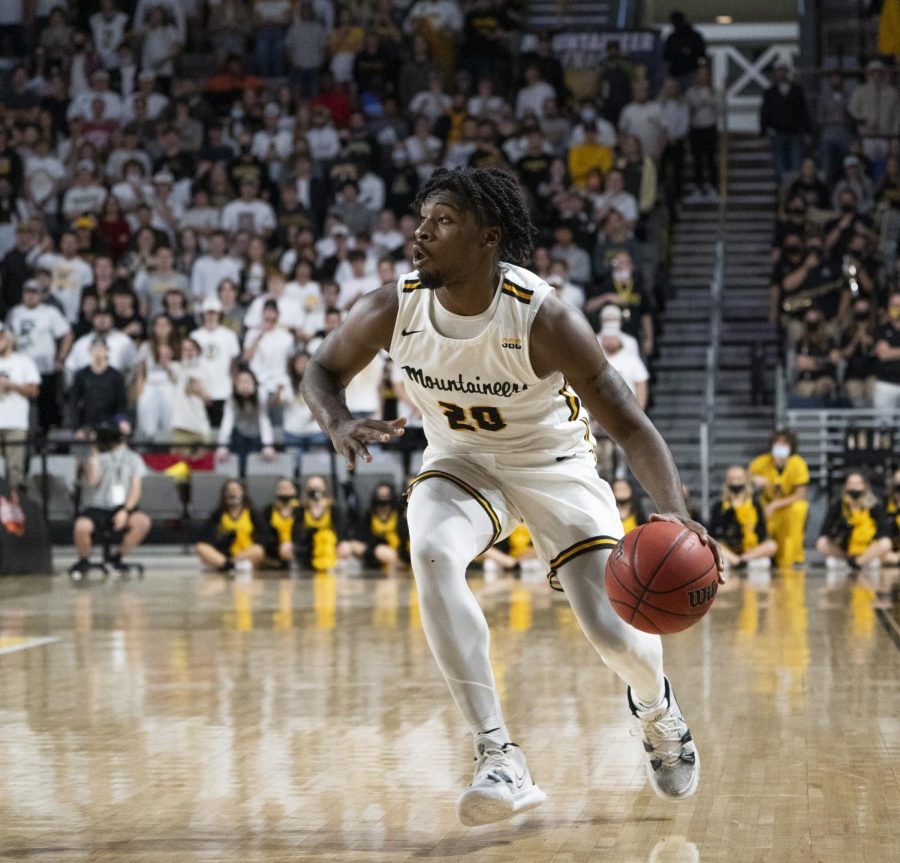 App State men’s basketball traveled to Texas for matchups against Texas State and the University of Texas at Arlington, eyeing to keep the win streak alive.

In the first contest against Texas State, the Mountaineers struggled in the first half on both ends of the court. As a team, they shot only 33% from the field, with senior guard Adrian Delph being the lone bright spot on offense. He had 15 points with three rebounds and two assists. Texas State shot 53% from the field and 57% from the three-point line in a balanced scoring effort.

Going into halftime, the Bobcats commanded a 41-29 advantage.

Texas State controlled most of the second half, holding a double-digit lead. With around eight minutes left, The Mountaineers began a 10-0 run to tie the game. The last few minutes were tightly contested, with neither team able to separate themselves. App State had a chance to steal a win, but super senior guard Justin Forrest missed the go-ahead basket. Texas State survived for a 68-66 win.

The loss snapped a prior six-game win streak for the Black and Gold. Delph finished with 22 points, while junior forward Donovan Gregory was the only other Mountaineer in double figures, finishing with 17 points and six rebounds.

Early on, both teams struggled offensively. App State and UT Arlington traded blows until the Mavericks gained separation in the back end of the first half. The Mavericks used a 10-0 run to command a 15-8 advantage and outscore the Mountaineers 27-12 in the final 10:44 of the half.

Down 34-20 at halftime, App State only had three scorers; graduate guard Michael Almonacy had six, while Gregory and sophomore forward CJ Huntley added seven apiece. Despite the large deficit, the Mountaineers had no intention of going away quietly.

Delph came alive in the second half, igniting the offense with 12 points in a five-minute span early in the half to begin chipping away at UT Arlington’s lead. Down 11 with 14 minutes left, App State went on a 12-0 run to take a 45-44 lead capped by two consecutive threes from Almonacy.

After the Mavericks responded with four points of their own, Almonacy and Forrest hit back-to-back threes to regain a lead App State held for the rest of the game. The Mountaineers went on to win 70-61, improve to 9-3 in conference play and give head coach Dustin Kerns his 50th career win with App State.

Four App State players scored in double figures, led by Huntley with 19. Almonacy scored 17 with five made three pointers. Delph finished with 14 points and 10 rebounds, his second double-double of the year. It was also the fourteenth consecutive game where Delph had 10 or more points. Gregory tacked on 13 to round out the double-figure scorers.