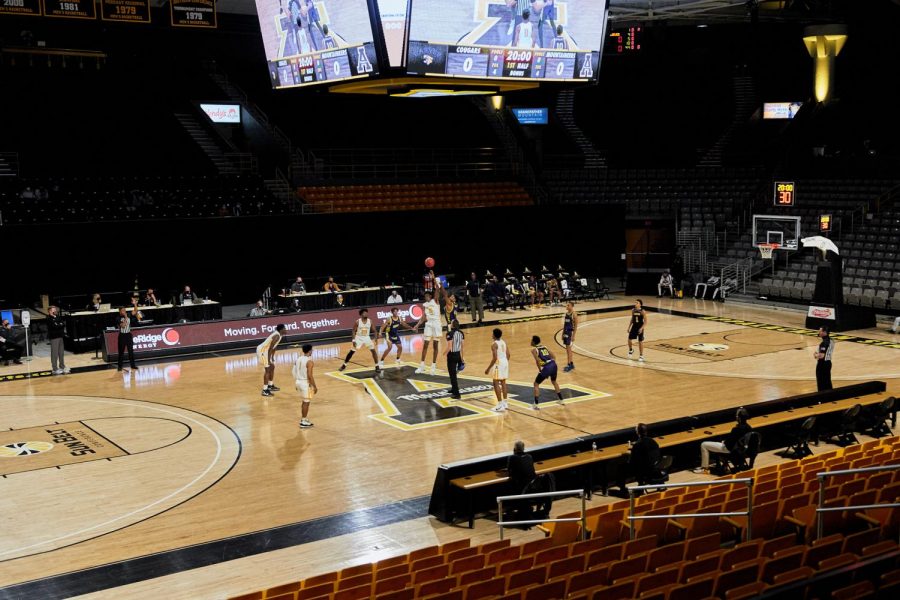 “This was about App State, this was about us,” said head coach Dustin Kerns. “We’ve got a young team and an experienced team and I don’t think I quite expected what I saw.”

This was the Mountaineers largest margin of victory since 2017 when the team beat Toccoa Falls College 135-24.

Every App State player who saw playing time against Carver scored in the game, shooting a combined 50% from the floor.

Carver College is a private college in Georgia that has an enrollment of 60 undergraduate and graduate students. Carver is a member of the National Christian College Athletic Association.

The Mountaineers allowed 12 points in the first half, 11 second half points and shot 91% from the free throw line.

Thirteen of those turnovers came from steals with sophomore forward Kendall Lewis leading the team with three.

“We really wanted to speed them up and pressure them a little bit,” Kerns said. “That was part of our game plan to just really just speed them up in the mistakes.”

Freshman forward CJ Huntley said one of the keys to the team’s defensive success was communication, which Huntley attributed in part to not having fans and being able to hear each other better.

Due to COVID-19 and Gov. Roy Cooper’s executive order on indoor gatherings, App State is only allowing 25 people into the stadium who are relatives of the players.

“It felt good to finally be out on the court especially in Holmes (Convocation) Center with my guys,” redshirt freshman forward R.J. Wilson said.

Wilson said the Mountaineers put it on themselves to keep the energy up in the nearly empty stadium.

“We have to bring our own energy from the jump and it fuels it for the rest of the game,” Wilson said. “Everybody just keeps adding to the energy all night long.”

Kerns said he told the team the game was about App State, getting better, and finding a way to improve moving forward, especially as a young team.

App State only has two seniors on the roster, and Kerns said having the younger players get out there and play was a positive experience. The five Mountaineer freshmen combined for 40 points.

points and eight offensive rebounds and 13 total in 15 minutes. The center from Vladivostok, Russia played for Russian national teams before playing two seasons at the Blue Ridge School near Charlottesville, Virginia.

Kerns pulled all the starters — who combined for 42 total points — with just under 11 minutes left in the game. No Mountaineer played more than 18 minutes and all 15 players that saw action played at least 11 minutes. Eight Mountaineers scored eight or more points.

App State’s next game is against Bowling Green at 6 p.m. at the Holmes Convocation Center on Monday.

“We’ve got a really, really good Bowling Green team coming in here Monday night,” Kerns said. “We’ve got to turn the page quickly, we got to get back to practice and really find a way to get better.”