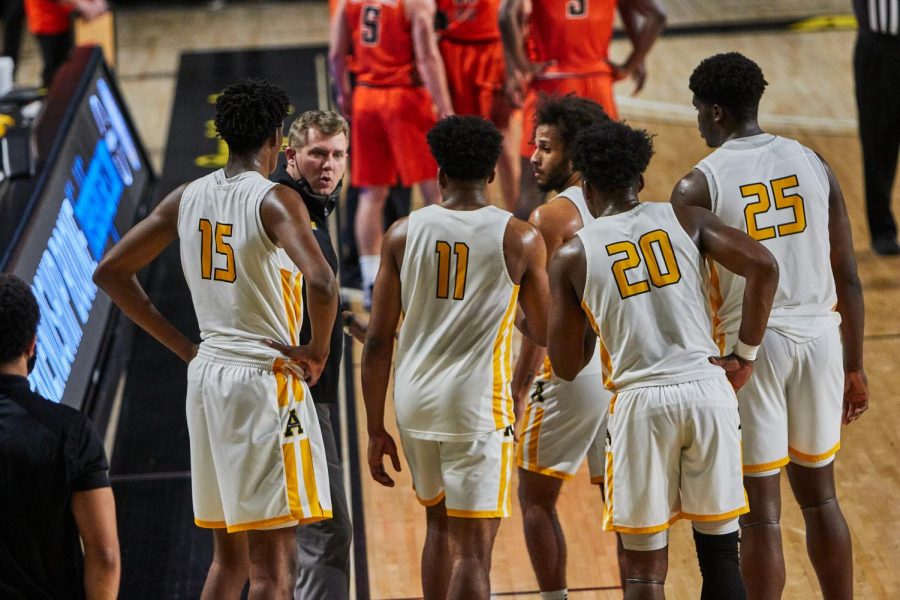 The App State men’s basketball team announced Tuesday morning that its game against St. Andrews University will not be played. The cancellation comes after a positive COVID-19 test from a member of the St. Andrews team. This is App State’s second game canceled so far this season after the matchup against Carolina University was called off Nov. 27.

The Mountaineers were looking to bounce back after an overtime loss to Bowling Green, but they will have to wait until Sunday to get back on their feet when they take on North Carolina Wesleyan. Tip-off for that game is set for 4 p.m. on ESPN+.