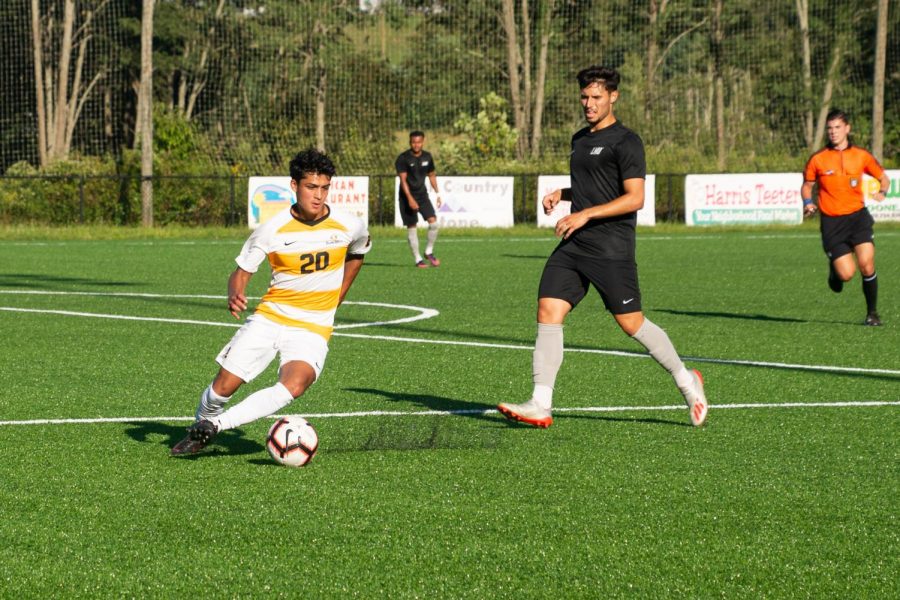 Despite its opening season loss, the App State men’s soccer team has gotten off to a hot start and is showing similar form to last season’s squad, which started off 4-1.

After a 2-0 loss to St. Johns on Aug. 30, the Mountaineers evened out their record with a 2-1 win against Loyola Marymount on Sept. 1, a 2-0 win against George Mason on Sept. 6 and continued the streak with a 1-0 win against American on Sept. 8. .

The win against Loyola-Marymount was a special occasion, as two players scored their first career goals for the Mountaineers.

Freshman forward Nick Rogers and sophomore Marshall transfer Kelan Swales both found the back of the net within two minutes of each other in the second half of the match and showed they could make an immediate impact with the squad.

The matchup against George Mason was a stalemate in the first half until junior defender Zeiko Harris broke the deadlock with a header, and forward Alex Hernandez scored his first goal of the season two minutes after Harris.

“Alex put a great ball in, and I just attacked it,” Harris said. “We started off pretty rough (for the first) couple games and we’re just getting into it, but it’s important, as we get into conference play later in the year, just having the feeling of winning and continuing on.”

Last season’s leading scorer sophomore Camden Holbrook scored late in the first half to earn his first goal of the season in the win over American. It was also the second straight clean sheet for the Mountaineer defense and  for redshirt freshman goalkeeper Jacob Madden.

Head Coach Jason O’Keefe’s squad has shown it’s not only diverse off the field, but on the field, as well. The squad currently has five different goalscorers, four players have registered at least one assist and 23 different players have seen game time throughout the season.

“We talk about it every day. It’s a ‘we’ mentality,” O’Keefe said. “If we share the ball, we’ll get what we want. Ultimately, we want to achieve things as a team, and I think guys have checked all their egos at the door every day and play for the team.”

The Mountaineers will play the last of five consecutive home games when they take on High Point, Sept. 14. They will follow up with back-to-back road games against Elon and UNC Greensboro.