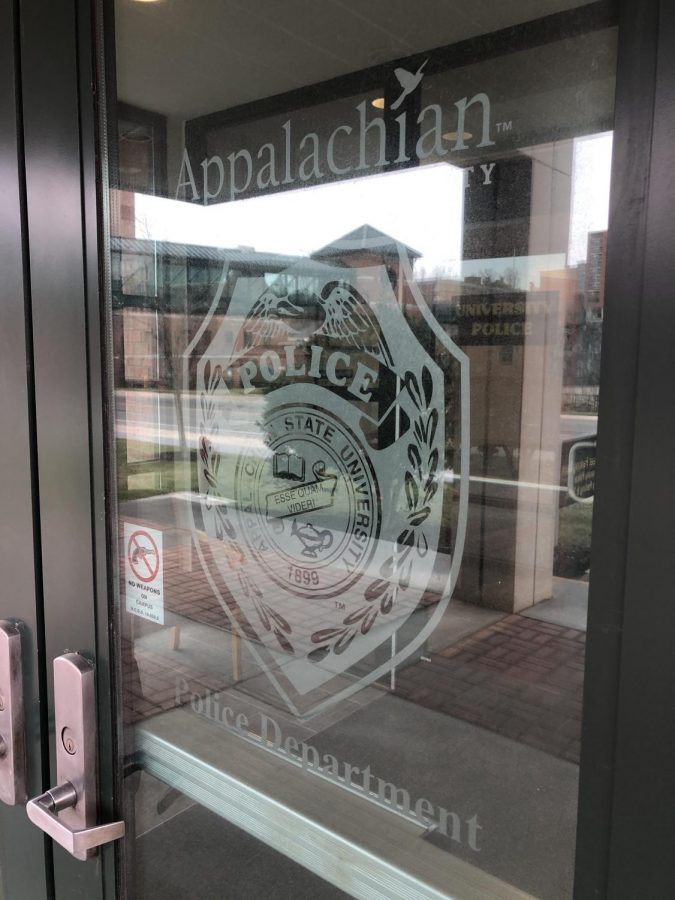 App State Police was recently ranked as one of the top 25 university police departments in the nation; however, Police Chief Andy Stephenson wants to keep growing

The App State Police Department was listed 18th in the Top 25 University Departments in the Country by the National Campus Safety Summit, but Police Chief and Director of Public Safety Andy Stephenson wants to climb even higher.

The rank comes after the department was awarded Law Enforcement Agency of the Year by the North Carolina Police Executives Association in 2019.

“We appreciate the recognition, obviously. Our employees work hard, and they deserve recognition for the work that they do,” Stephenson said, but sitting at 18th in the nation is “absolutely not good enough for us.”

While recognition at the summit is an honor to the department, Stephenson said how the students, faculty and staff perceive App State Police is really what matters.

“What’s far more important to us is how our community would rank us,” Stephenson said.

App State Police is working on several projects to increase its involvement in the community and the connection between the department and the student body, Stephenson said.

“We are doing a lot of good things. I’ve been here two years, and we’re not where we want to be yet,” Stephenson said.

One of the biggest changes Stephenson said is implementing in the department is the style of their police work.

Traditional policing is a reactive form of police work that focuses on enforcement and quantifiable statistics such as the number of tickets an officer writes or number of arrests an officer makes, Stephenson said.

“I am a believer that traditional policing does not work,” Stephenson said.“The officer who makes the most arrests and writes the most tickets is not necessarily the best officer.”

Instead, Stephenson said he encourages App State Police officers to practice a more proactive rather than reactive, style of law enforcement.

Bryce Helms, a patrol officer with APD, attributes the department’s success to the connection that the officers have built with one another.

“We spend 12 hours a day, four days a week with our shift mates,” Helms said. “You really grow a connection, a bond, with the people you work with.”

That strong connection, Helms said, allows a level of trust among coworkers that enables them to do their job to the best of their ability.

“When we go to a call, I know that if I need somebody, they’re going to be there in a minute,” Helms said.

The officers are all working toward a common goal that each of them understands, Helms said.

“We’re all working for the safety of the campus, of the students, the professors and any faculty and staff,” Helms said.

The National Campus Safety Summit is put on by Safe Campus, “the premier conference on university and college safety,” according to its website

According to the website, nominated departments are chosen by a selection committee based on a list of criteria. Multiple criteria focus on actions, policies and proof that the department is improving campus safety.

The conference took place Feb. 26 and 27  in Las Vegas, though App State did not send a representative to the summit, largely due to travel expenses, Stephenson said.

The recognition is something to be proud of and makes App State Police officers want to work harder, Helms said.

“There’s a standard, but we try to go above the standard,” Helms said. “People are looking at us now like, ‘What is APD doing different, and how can we be like APD?’”