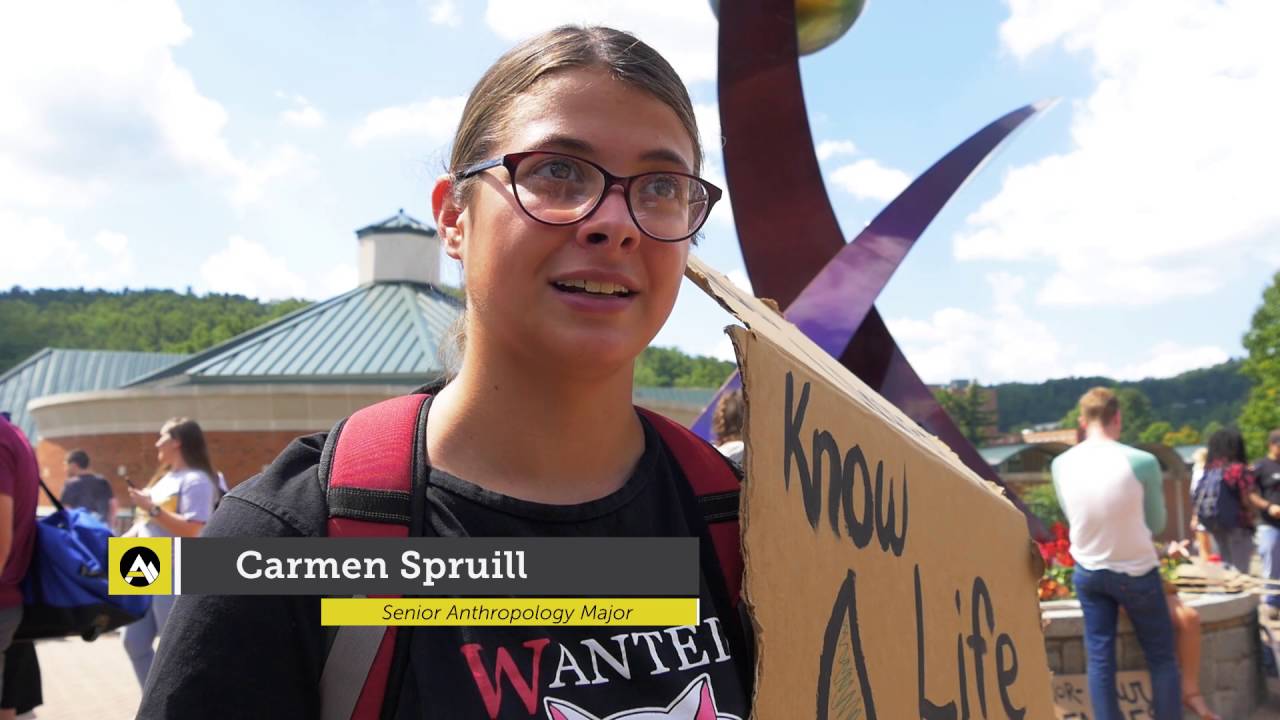 Over 100 people gathered on Sanford Mall under the midday sun to protest the construction of the Dakota Access Pipeline.

“The sacred burial grounds is how we connect to our culture, it’s our history,” Poole said. “For them to destroy it is a genocide in itself and it needs to stop.”

The protest was organized by the Native American Student Association with involvement from App State Student Power and the Sustainable Development and Geology clubs.

“This is a human issue, it really is, Flint Michigan’s water is predominantly African Americans, the poisoned wells in Eastern NC that have been poisoned by Duke Energy, those are predominantly white families so it really is a human rights moment,” Bryant said. “Figuring out whether we are going to stand for clean drinking water.”

Brian Zimmer, a lecturer in the Geology Department, said he feels America has treated indigenous peoples poorly and wanted to show support.

Bryce Mather, a Freshman Sustainable Technology major, said he worried about the ecological impacts of the pipeline.

Bryant said that despite the intervention of the Obama Administration there is still a lot of work left to stop the Dakota Access Pipeline.

“That ruling has a lot of people under the impression ‘OK awesome, we won, the danger has passed,’ At best this might be the end of the beginning, but this is definitely just one step,” Bryant said.

Bryant said the ruling was encouraging but if the pipeline is to be defeated people need to stay focused on the issue.

The protest was also organized to help connect people with the Native American Student Association and get them thinking about indigenous rights, Poole said. NASA is planning to host an indigenous people’s day later in the semester.