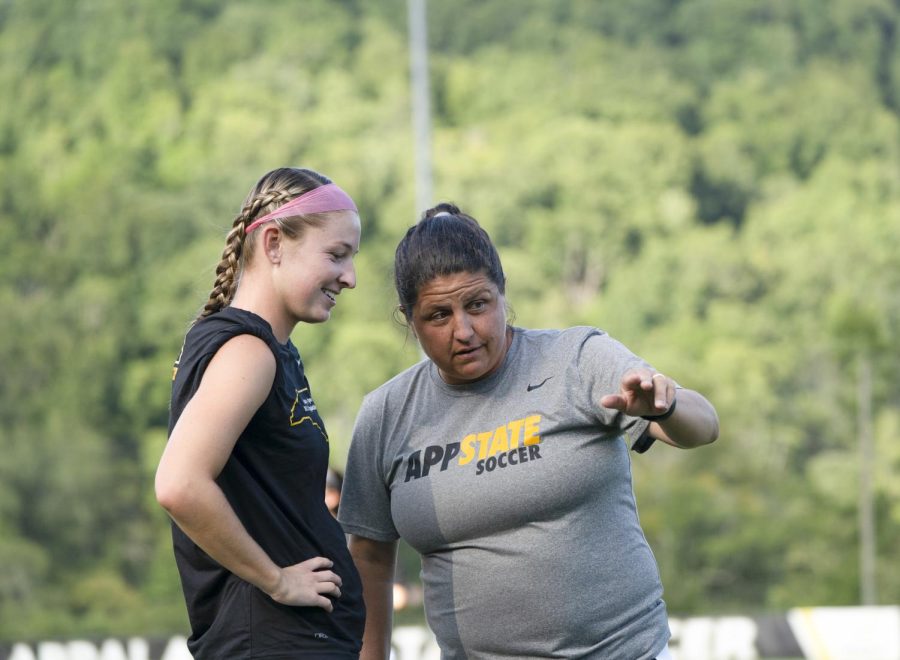 App State’s head coach of women’s soccer will transition to a new role in the athletic department, according to Doug Gillin, director of athletics.

Sarah Strickland has been in charge of the program for more than a decade.

“We thank Sarah for her hard work and leadership over the last 12 years,” Gillin said in a press release. “Our vision for the App State women’s soccer program is to annually compete for a conference championship and berth in the NCAA Tournament.”

App State women’s soccer was eliminated in the quarterfinals of the Sun Belt Women’s Soccer Championship this season, getting knocked out by No. 3 Georgia State in overtime.

“It has been an incredible honor leading the women’s soccer program over the past 12 years,” Strickland said in a press release. “Never a day went by that I took for granted the opportunity entrusted to me to mentor young women and serve both our university and our community. I will forever cherish the memories that I have with these amazing women on and off the field.”

Strickland declined to give further comment regarding her role change.