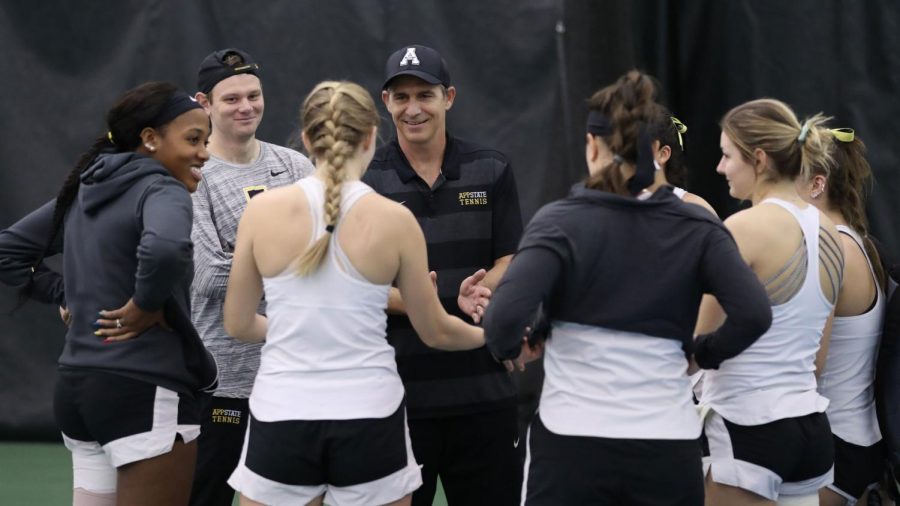 For the first time in program history, the App State women’s tennis team won the Sun Belt Conference regular season championship, securing the title with a 4-1 victory over Texas State on April 14.

With the win over the Bobcats, the Mountaineers finished the regular season with a 15-5 overall record and a 9-1 Sun Belt record, losing only to the University of Louisiana Monroe.

“We’re so proud of this group and all the hard work they’ve put into this season,” head coach Blake Mosley wrote in a press release. “All the credit goes to the ladies and their dedication to a growth mindset.”

It’s been a growth process for women’s tennis, who went 5-19 in Mosley’s first season in 2016. Since then, the Mountaineers have won over 60% of their Sun Belt matchups, including a Sun Belt tournament game in 2018.

Seniors Jeannez Daniel and Rebecca Morse finished the regular season with a 9-1 record in doubles competition, including an undefeated record in the Sun Belt. Sophomore Teodora Sevo picked up her 10th singles win of 2019.

The team will travel to Peachtree City, Georgia, to compete as the No. 1 seed in the Sun Belt Championships. The championships take place April 18-21.