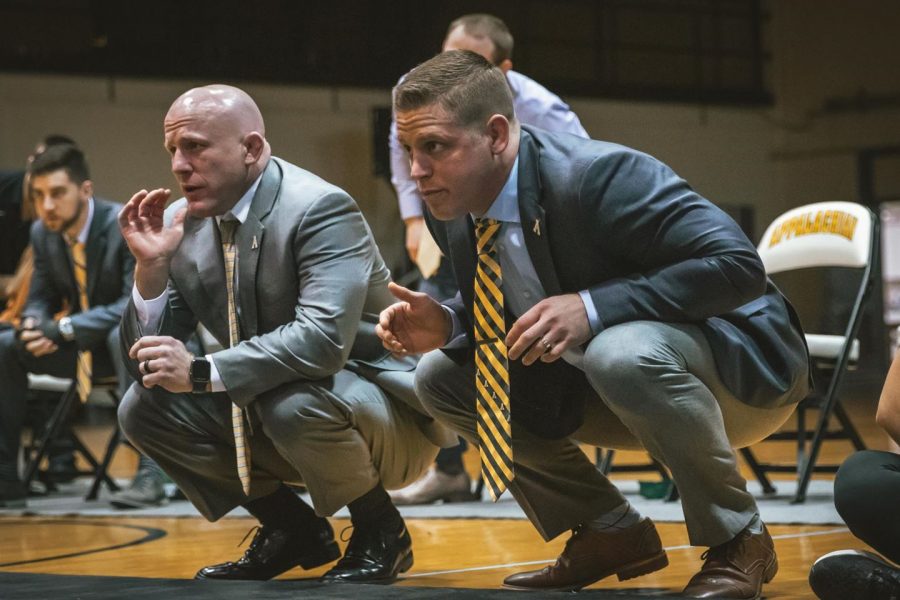 “I would like to thank JohnMark Bentley, Doug Gillin and the rest of the Appalachian State University athletics department for helping to shape me into the coach I am today,” LeBlanc said in a press release. “I will be forever grateful to have had the opportunity to coach alongside coach Bentley and work with the amazing student-athletes who have been part of the wrestling program these past four years.”

After a standout wrestling career at Indiana, LeBlanc began his post-college coaching career at SUNY-Cortland in 2015. He started his coaching stint in Boone in 2016, and was promoted to co-head wrestling assistant in 2018.

In 2016, the Mountaineers finished 13-3, and were at one point ranked 16th in Intermat’s national rankings.

In his four seasons at App State, the team finished in the top two in the Southern Conference each year, including three regular season championships. LeBlanc  mentored 13 individual conference finalists, seven conference champions and 10 NCAA qualifiers.

“I’m extremely happy for Ryan — he is extremely deserving of this opportunity,” Bentley said. “I believe he is well-prepared, and The Citadel is getting a good man. I consider Ryan a close friend and am thankful for all his contributions to App State wrestling.”

“It’s a testament to the type of championship culture we have at App State,” Bentley said. “I think it says something when you have two assistants who are both offered head coaching jobs at the same time.”

During his wrestling career at Indiana, LeBlanc was a three-time NCAA qualifier, a three-time academic All-American, a two-year captain and a Big Ten Academic All-Conference team member for four straight seasons. His career record is 103-51.

LeBlanc was also named a Big Ten Medal of Honor recipient, one of the most prestigious conference awards in college athletics. First awarded in 1915, the Medal of Honor is given to one student athlete from the graduating class of each university who attains “the greatest proficiency in athletics and scholastic work.”

LeBlanc graduated from Indiana in 2014 with a bachelor’s degree in exercise science before receiving his master’s in sports management at SUNY-Cortland and relocating to Boone with his wife, Morgan.

LeBlanc will remain in the SoCon as he takes over at The Citadel. The Bulldogs went 4-6 overall and 2-5 in the SoCon in 2019-20. App State knocked off The Citadel 44-0 on Feb. 8 in Charleston