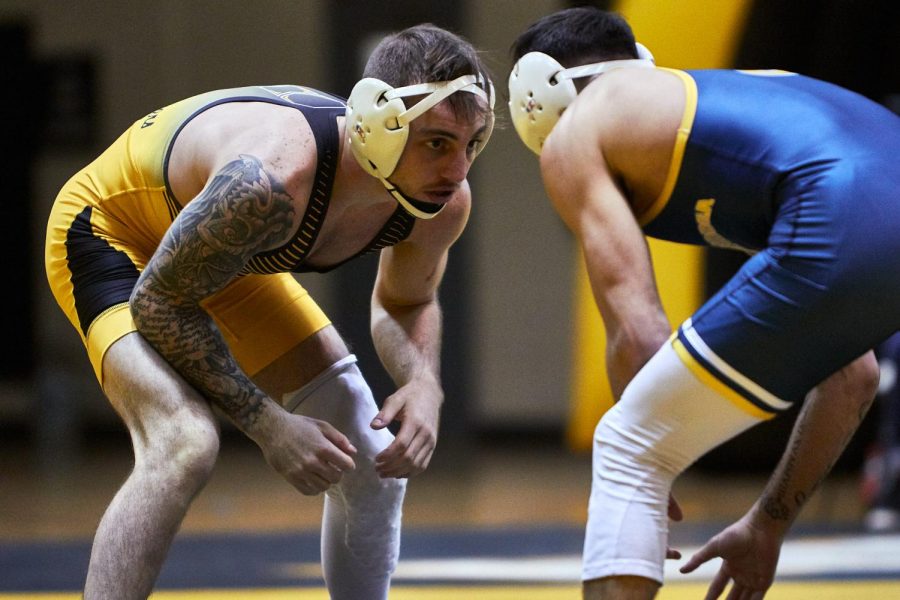 “Overall, it’s always good to get two wins,” head coach JohnMark Bentley said. “Chattanooga’s a good team and they always get up to wrestle us. We have a little bit of a rivalry there.”

The Mountaineers opened the meet against the Chattanooga Mocs, who entered the weekend unbeaten in conference play.

Gutierrez held a late 3-2 lead until Russell completed a takedown with less than a minute remaining. Russell prevented Gutierrez from escaping and secured the clutch 4-3 decision.

App State stretched out an 11-point team lead before the Mocs scratched back within four points heading into the heavyweight division. The visitors were in need of a bonus-point win, but Michael Burchell took down Chattanooga’s Grayson Walthall with one and a half minutes left to earn a 4-1 victory. The Mountaineers won 20-13.

“I don’t necessarily think we wrestled with the emotion that I’d liked to have seen us wrestle with in that first match,” Bentley said. “But at the end of the day, a lot of guys dug down deep and got it done.”

The second match of the day generated less drama as App State trounced Presbyterian 54-0. The Mountaineers have shutout three of their six SoCon opponents this year.

App State recognized eight seniors on Senior Day, including two student managers. Paul Carson, Thomas Flitz, Ramon Rodriguez, Codi Russell, De’Andre Swinson-Barr and Tim Warren were all acknowledged for their careers in the Black and Gold. Russell and Flitz each went 2-0 on the day and have 70 and 63 career wins, respectively.

Thanks to the NCAA’s decision to grant all student athletes a free year of eligibility due to the impacts of COVID-19 on college athletics, all seniors have the option to return to Boone next season.

The Mountaineers travel to Lexington, Virginia to cap off the regular season against SoCon competition VMI and The Citadel on Friday.