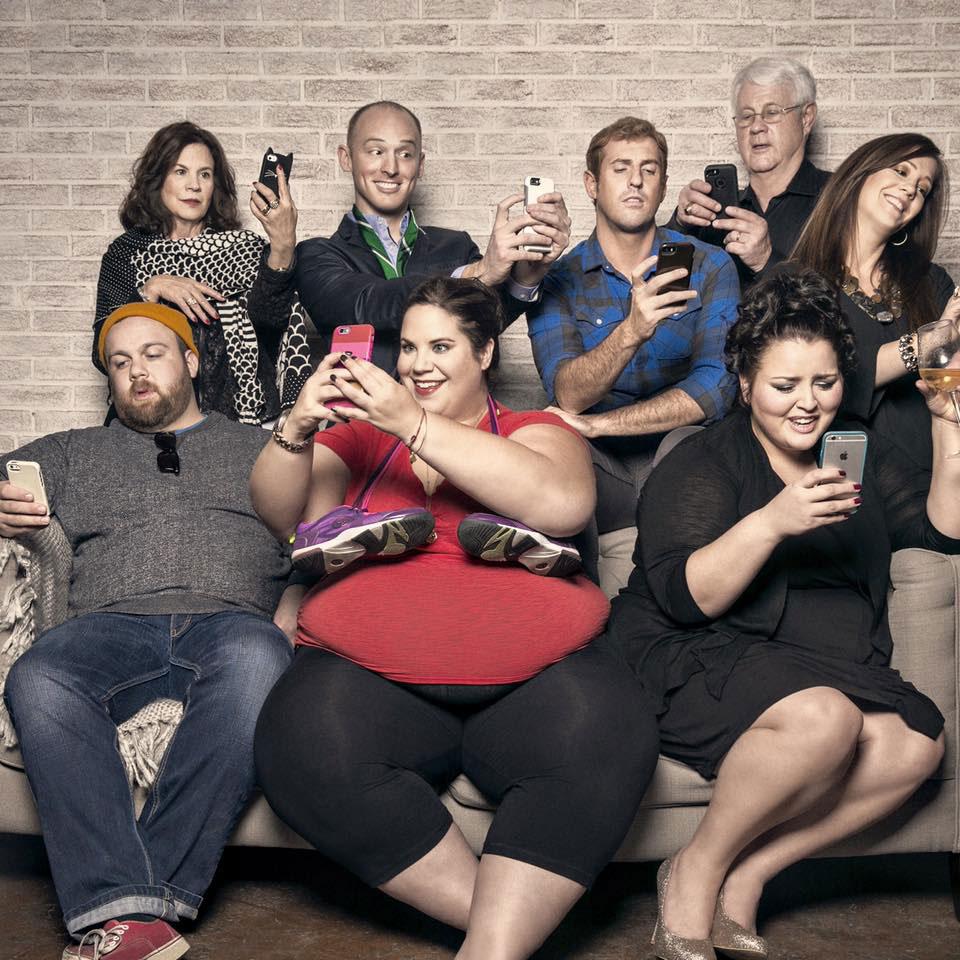 Alumna Whitney Way Thore’s accomplishments have been vast since graduating from Appalachian State University in 2007.

Currently, Thore can be found Wednesday nights on TLC in her own reality television show, “My Big Fat Fabulous Life.”

In 2014, Thore’s YouTube video series, “A Fat Girl Dancing,” went viral and ignited her campaign of body positivity throughout the U.S. media. The video led her to interviews with “The Today Show,” “Good Morning America” and “The View.”

The series, and her online movement called the “No Body Shame Campaign,” aims to help audience members develop a positive body image by understanding their personal intrinsic value. When people base their worth on the judgments of others, Thore said, they’ll never see themselves as good enough.

“The way our bodies work doesn’t dictate the course of our lives and how valuable we are,” Thore said. “It’s recognizing we only have one body, and we have to be in them until the day we die. It’s about loving your body instead of being its critic.”

It pays to “look forward instead of outward,” she said.

Thore was not always in the spotlight broadcasting a body positive message, though. Growing up, she was a dancer and an athlete, and had high hopes of studying theater and dance in college.

After gaining 20 pounds during her freshmen year of college, she dropped out of her dance classes. By the end of her first year, she’d gained 100 pounds. Thore was diagnosed in 2005 with polycystic ovarian syndrome.

Her turning point came in 2011 while working on her health and attending the gym regularly, she said. While leaving the gym one day, a group of guys insulted her, calling her a “fat-ass.”

“They had no idea how much I was working out and being healthy,” Thore said. “You have to be confident in what you’ve done, because no one else knows what all you’ve done to get there.”

Through weight fluctuations, depression and eating disorders, Thore made the decision to love and accept herself. From this change in mindset, “A Fat Girl Dancing” was born.

“I decided I’d just do what I wanted in the body I had, and that was the inspiration for me to make the dance videos,” Thore said.

For current students at Appalachian, Thore’s message hits close to home, senior Megan Gatts said. Going to the gym can be an uncomfortable and self-conscious experience for anyone. For those deemed overweight, trying to “get healthy” again can be especially difficult or leave a person feeling targeted.

“It is truly not anyone else’s business what people do with their body,” she said. “A lot of body shaming comes from people just wanting others to be healthy, but at the end of the day you cannot tell someone’s health from body or shape. It’s not really your concern – you are not in charge of their life.”

For Gatts, Thore’s story reminds us all that the student population at Appalachian has work to do in terms of acceptance, both of others and themselves.

“We are constantly told that we are not skinny enough, not healthy enough,” she said. “I don’t think any form of self improvement can come from a place of hatred. Improving needs to come from loving who you are the moment.”

“I know students on campus recently started FEM radio at WASU,” she said, a show focused on the issues facing gender minorities every day.

“Body shaming is one of these issues,” Wishart said. “To know Whitney could go so far with her campaign, right out of ASU campus, is the most incredible thing I can think of.”

Students may wish to follow in the footsteps of Thore themselves. About a month after “A Fat Girl Dancing” went viral, Thore said she received an email from TLC about collaborating. Within months, she had her own series.

“The TV show is just a look at my life,” Thore said. “There’s a focus on my daily life as a fat person, which is important because fat people are underrated in the media. I’m not the butt of a joke or a stereotype.”

Thore was surprised at TLC’s ability to stay true to her story. She said everything viewers see is accurate, and she couldn’t be more proud of what the show has accomplished.

Her friends and family are very supportive of the show, she said, and are happy to display such a positive message to their viewers.

“It’s not just for fat people, it’s for anyone who has been taught to feel ashamed for themselves,” Thore said. “When we live that way, the only person that loses is us.”

Currently, Thore is working on her first book, “I Do It With the Lights On: And 9 More Surprising Truths About Living a Blissfully Shame-Free Life.” The book will be published by Ballantine Books, based in New York.