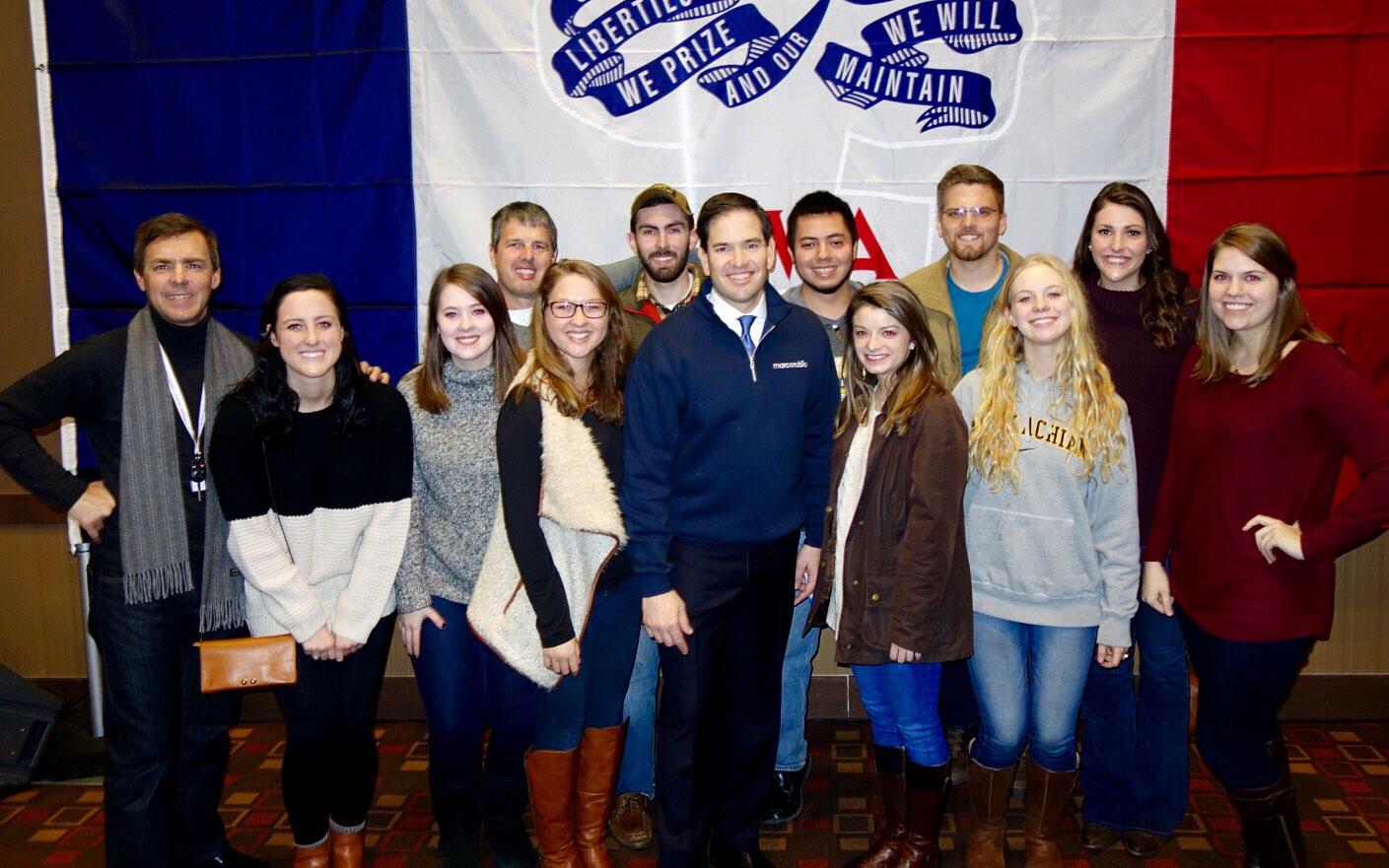 The trip was a part of a course called the Iowa Project, which looks at the importance of the Iowa Caucus in determining the next president of the United States.

“The objective of the course is to study the Iowa Caucus, and more generally, how it relates to the presidential nomination and campaign process,” professor Phillip Ardoin said. “We talk about elections all the time, but it’s not often that we as political scientists actually engage in this process and see it firsthand.”

A caucus is a meeting of voters in a specific precinct. The number of supporters for the various candidates determines the number of delegates those candidates will receive in Iowa’s Congressional District Convention and the state convention, which in turn will determine the amount of delegates for the presidential nominating conventions.

The Democratic and Republican caucuses are conducted in different ways. The Democrats conduct the caucus publicly. People align themselves with the candidate they support and then they publicly count the heads. For the Republicans, the people anonymously fill out a ballot.

“The Democrats and Republicans actually had their caucus in the same building,” Eloise Hincker, a graduate student who went on the trip, said. “However, the Democratic one is much more interesting to witness, so I only watched that one.”

Ardoin said the trip was a learning experience because there are a lot of misconceptions about what a caucus actually is.

“Most people know that the Iowa Caucus is important in the process of electing our president, but very few people actually know what a caucus is and how it works,” Ardoin said.

There were 870 people at the precinct that the Appalachian students went to. The caucus traditionally is very lightly attended, with only a few dozen people per precinct, and Bradway said she believes the unprecedented turnout is indicative of the divisive state of current politics.

“Based on everything we’d read, these things typically don’t have much turnout, but this was absolutely packed,” Courtney Bradway, a graduate student who went on the trip, said. “And I think this is extremely telling about the state of things, how divided this nation is right now.”

“I was absolutely starstruck,” Hincker said. “I likely shook hands with the future president.”

Hincker said that one of the most memorable moments from the trip came when she saw Hillary Clinton because former president Bill Clinton was there as well.

“Even though we didn’t get to meet him personally, just being in the same room as a former president was an amazing experience and I’d never felt anything like that before,” Hincker said.

Bradway said she was surprised at how personable all the candidates they met were.

“Meeting them in person was great, because you really get to see all of their redeeming qualities that way,” Bradway said. “Even candidates who I don’t necessarily agree with, when you go up and talk to them and shake their hand, you understand why people like them.”

Ardoin describes the class, which meets infrequently on Sunday nights and consists of five undergraduate and five graduate students, as unorthodox.

“We’ll have some assigned articles, and our big book this semester is called ‘Why Iowa’ and that’s most of the substance of our class,” Ardoin said. “We’ll meet a couple more times this semester, but for the most part, the students will be spending the rest of the semester working on their final projects.”

Ardoin hopes to be able to teach a similar course again in the future.

“This class has been a joy to teach,” Ardoin said. “Hopefully in four years I’ll be able to teach this course again.”