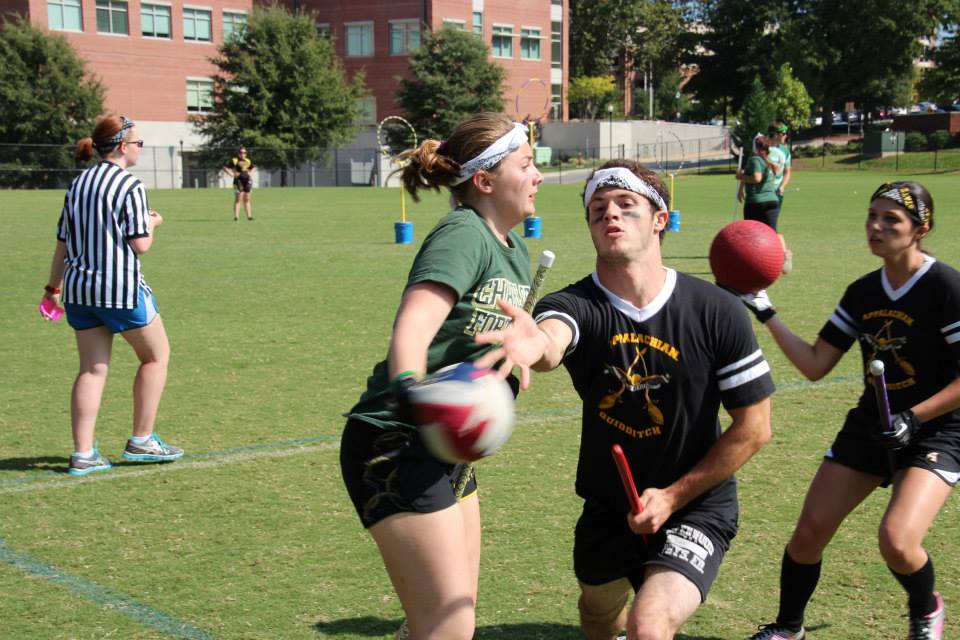 Eight teams from North Carolina, South Carolina and Virginia competed for the cup.

The Appalachian Apparators lost to VCU twice during the tournament – once in pool play (80-40) and again in bracket play (80-50). Both times, the Richmond-based team caught the snitch, a feat that earns the successful seeker 30 points and ends the game.

Appalachian Quidditch chaser captain Greg Astolfi said that losing twice by a snitch grab was unfortunate, but that both games were really close and evenly matched.

“VCU is obviously a really good team that we respect a lot,” Astolfi said. “I thought we played really well taking into account we have a lot of new people.”

The Apparators premiered several new players this weekend, including freshman chaser Trey Pressley, who suffered a minor concussion as a result of a hit in the second game against VCU.

“I had set up behind the goal, and Nathan Love, the keeper, threw me the ball, so I jumped in the air to grab it and was hit from behind, hitting my head on the ground,” Pressley said.

Despite his injury, Pressley said the tournament was “very physical, very tiring, but a lot of fun.”

Appalachian Quidditch beater captain Sam Luke said he was pleased with the Apparators’ performance Saturday, and that the team’s new players show a lot of promise.