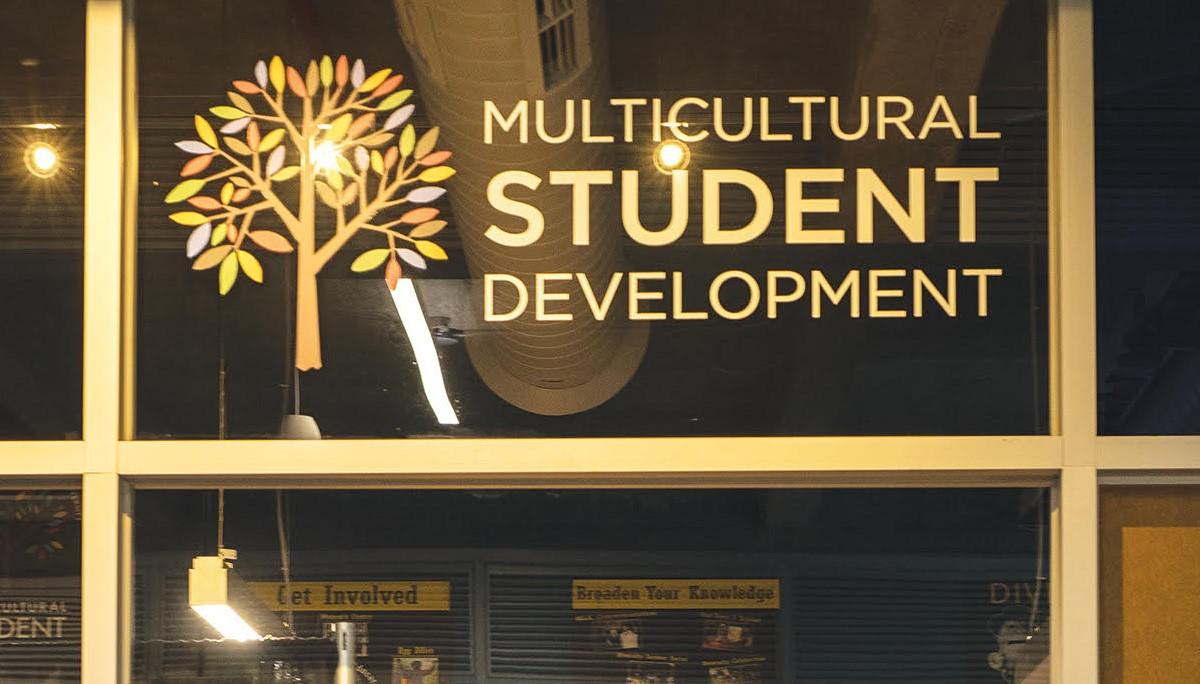 The Multicultural Student Development center is located on the second floor of the student union.

This February is Black History Month, a month dedicated to the celebration of black culture, history and the contributions black people have made to our country and world. At Appalachian State, campus organizations are partnering to offer community-wide educational and celebratory events throughout the month.

Among the countless events being held this month are movie nights, social events and a series of discussions and educational opportunities to learn more about black culture.

Multicultural organizations, including the Office of Multicultural Student Development and the Black Student Association, are working with other organizations like fraternities and academic departments to organize the events.

Appalachian State’s Residence Hall Association, for example, is helping to kick off the month with a Black History Month trivia night. The event was originally to be held on Feb. 1, but the event will now be held Feb. 7 in the Summit Trail Solarium.

The trivia night will feature six categories about entertainment, activism and history influenced by the black community.

RHA president and junior political science major Jake Hofmann said this is not the first time the RHA has participated in Black History Month.

“This is our second year hosting this event,” Hofmann said. “We had a great turnout last year, and I think it’ll be great this year, too.”

Hofmann said he hopes the trivia will offer the campus an opportunity to celebrate and learn about black culture.

The Cultural Awareness and Student Engagement council is also planning events for Black History Month. On Feb. 12, CASE will partner with the Black Student Association, the National Pan-Hellenic Council and the Lyric spoken word club to hold an open mic event.

Senior music industry studies major and CASE chairperson Ana Dell said, “We are bringing Anthony McPherson, a spoken word poet, to perform. He was recently featured on (Black Entertainment Television’s) Black History Month special. We are currently working out logistics, but we also have reached out to Lyric, and they have agreed to do an open mic before Anthony comes on.”

McPherson is a biracial poet hailing from New York City whose work has been featured on BET, Button Poetry and Huffington Post.

CASE is also working with the Black Student Association and the Office of Multicultural Student Development to organize the Black Excellence Awards, an award ceremony on Feb. 28 that will celebrate the accomplishments of black students and faculty at App State.

Drew Wilson, a senior public relations major and president of the BSA, said the awards are an opportunity to shed light on black achievements on our campus.

“We tend to just get swarmed in with everyone else, so it’s really hard to see all the things that we do on campus,” Wilson said. “This event is targeted toward our community, which is really small. So we really use this award show to promote and celebrate all of the great things that a lot of black students contribute to our campus. It’s something that we’re really trying to make sure that this is annual and that we keep doing.”

Wilson said the BSA uses club meetings and social events like these to foster community between black people on campus.

“There’s literally less than three percent of the entire student population that’s actually black,” Wilson said. “So we really try to make sure that we are a group that connects students that look alike and have some kind of cultural similarity, and really just a place where we build relationships among one another.”

The BSA holds meetings on Mondays at 5 p.m. in the McRae Peak room of the Plemmons Student Union.

Wilson is looking forward to “having some kind of celebration of black students and black culture, since there’s not a lot of it that’s really present in Boone, and what presence there is is really small,” Wilson said. “So it’s really awesome that we’re able to create these spaces where we’re really excited about our culture on campus and throughout Boone overall.”

Black History Month is also an opportunity for non-black people to learn more about black history and the issues black people face today. The month will feature many educational discussions and lectures that are open to the public, led by academic departments, professors and the library.

“It’s a really great place to just sit and listen and get an understanding of what’s happening in our country at this moment and how it’s affecting us and how it’s so detrimental to us, and just to get a better understanding of how to go about allyship, because I know that’s really important at this school,” Wilson said.

Wilson expressed the importance of allies taking the first steps to educate themselves.

“Just sit and listen and take that piece to gain some insight, get a better understanding and just come into these spaces so it’s more so them coming in and taking the initiative rather than us being the ones to reach out on issues that we’re facing,” Wilson said.

Over the course of the next month, almost every day will feature some sort of social or educational opportunity to celebrate and learn about the black community. The events are open to the public, and Wilson encouraged anyone to attend.

“Anyone is welcome to come to our events,” Wilson said. “It’s really great for people to just take this opportunity to have fun and learn more about blackness and black culture and just get a better understanding of what our community does and who we are.”