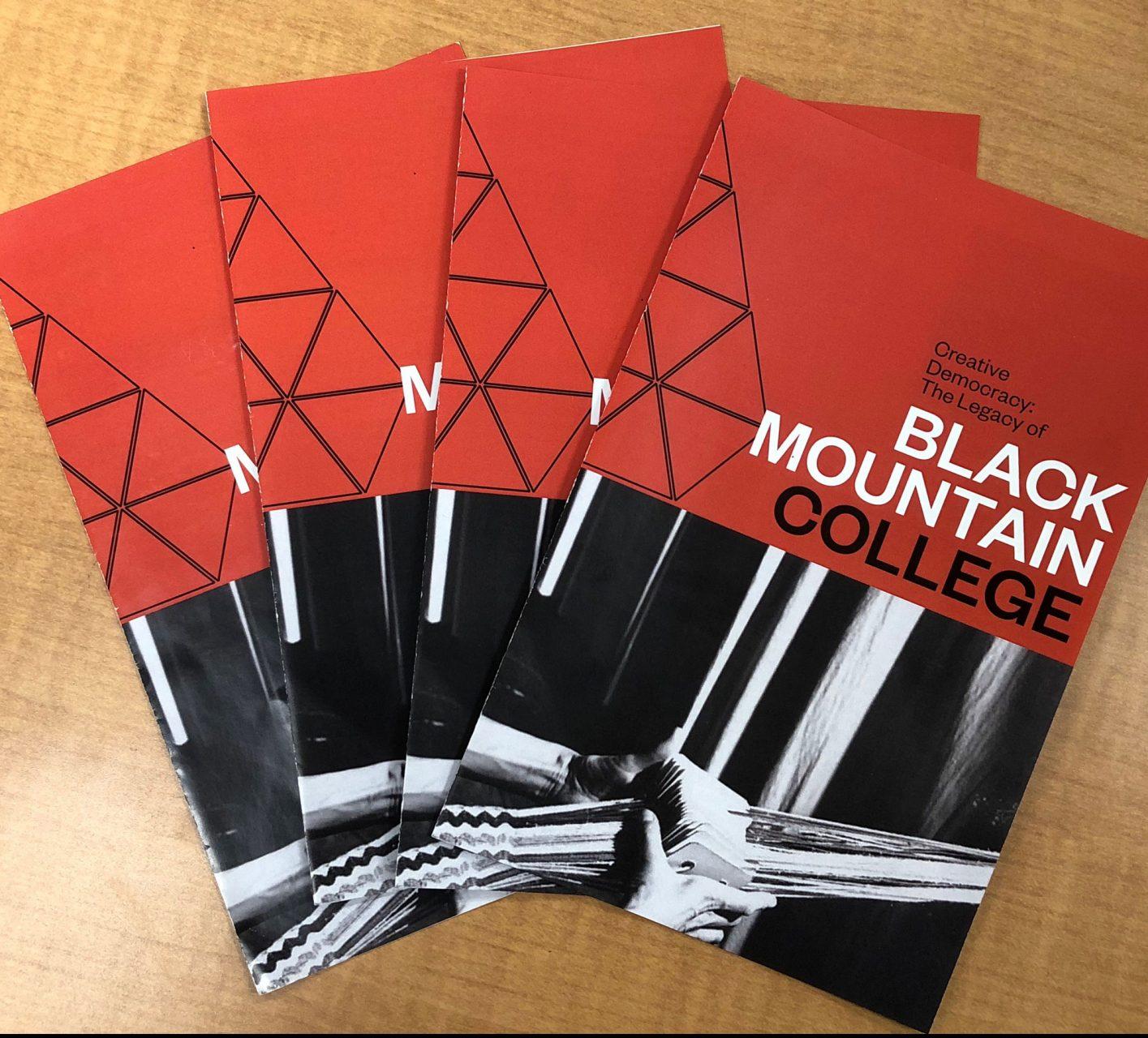 The Turchin Center exhibition "Creative Democracy: The Legacy of Black Mountain College" will be open to the public from Jan. 12 to June 2.

Black Mountain College, which operated from 1933 to 1957, was a small progressive college in the rural Swannanoa Valley, just outside Asheville, North Carolina. The college inspired the works of influential artists and social thinkers alike. Some of its most well-known attendees and visitors include Albert Einstein, Buckminster Fuller and Cy Twombly.

The Turchin Center’s exhibit is a culmination of art and artifacts from the college’s history, from visual art and poetry to the very desks at which the students learned and created.

The gallery touts a wide variety of visual art, with paintings, photography, collages, stained glass and woodwork among the mix. The multitude of mediums and artists whose work was showcased is one aspect that has appealed to the Turchin Center’s employees.

Bella Allen, a junior art and visual culture major, is a receptionist with the Turchin Center who helped assemble the gallery. As she watched the gallery come together, Allen said she admired the craftsmanship that seemed to go into the pieces.

“The vastness of artistic ability that’s being showcased is pretty impressive,” Allen said. “I personally really enjoy the woodwork in there.”

Her favorite piece, she said, was a wooden hammock hanging from the towering ceiling above the gallery.

Another Turchin receptionist, senior art and visual culture major Mellanee Goodman, enjoyed the huge collaboration the exhibition must have taken.

“This is one of the biggest shows Turchin has ever done,” Goodman said. “It probably has the most amount of pieces and the biggest collaboration.”

Another appeal of the Black Mountain College was its location. The college was nestled within the same rural mountainous environment as Appalachian State, and the pastoral scene was one aspect that brought so many artists and creators together.

Gallery ambassador and junior commercial photography major Fritz Finlay felt a particular connection to the exhibit because of its location. Finlay’s mother had gone to school at Warren Wilson College, just near the location of Black Mountain College.

“I was immediately attracted to this exhibition,” Finlay said. “Even though I’d never been to the location where the college was, how they described that area in all the writings around this room is really prevalent in my mind.”

Though such progressive experimental schools were uncommon in the rural South, Finlay felt that the school’s setting added to the artists’ ability to thrive and create in the area.

“It makes a lot of sense that all of these artists culminated there because it’s such a free-spirited and wild setting,” Finlay said.

These pastoral images ring through in some of the work presented in the Turchin Center’s gallery. Basil King, for example, has works across the room; his paintings feature birds and soft, earthy pastel colors. King attended the school intermittently from 1951 to 1956 to study abstract expressionism.

The semester’s exploration is about “contemplating Black Mountain College as an Appalachian phenomenon,”Joseph Bathanti, the Appalachian State professor helping to lead the semester, said. “It happened here. It could have happened elsewhere, but it didn’t. So why was that? Something unquantifiable and far out was going on in these mountains.”

Though the surrounding area seemed conservative, Bathanti said the work the Black Mountain College was producing was entirely new. Bathanti described the college as “the most profound educational experiment ever launched in United States history, as far as I’m concerned.”

The college, started in 1933 by former Rollins College professor John Andrew Rice, began as a place to receive a more holistic education. There was no board of trustees or curriculum requirements; students mostly set their own expectations for themselves and did their own work.

“It was interdisciplinary before we even used the word interdisciplinary,” Bathanti said. “It emphasized inner freedom. It educated the whole person. It gave students terrific freedom to pursue their own course of study.”

Over the decades of the school’s life, Black Mountain College welcomed approximately 1,200 students. Only about 60 graduated; graduation was not always the goal. Instead, education was experimental and collaborative.

The school was groundbreaking in other ways as well. In the summer of 1944, Black Mountain College welcomed the first African-American to attend an all-white Jim Crow school in the South. Alma Stone Williams, a musician from Georgia, made history at the college by attending an 11-week session there 10 years before the Brown v. Board of Education bill.

The college dissolved in 1957 because of a lack of funds.

“Some of the things that were the most amazing about it also did it in,” Bathanti said.

The school did not have an endowment or a board of trustees to keep the business side running. Eventually, debt built up, and the school was forced to close.

Today, Black Mountain College has been celebrated by museums across North Carolina. Appalachian State now owns the original published papers of John Andrew Rice, and Bathanti hopes that the university’s efforts to preserve and celebrate the school’s legacy will continue.

Bathanti currently teaches a course on Black Mountain College every two years through the Watauga Residential College. He discovered the college after teaching for about ten years, through a book by Martin Duberman titled “Black Mountain: An Exploration in Community.”

He first taught the class in 2009, but he hopes that the Black Mountain College Semester will encourage more conversation on App State’s campus in the future.

“My hope is that this will create a kind of ongoing and sustainable commitment to Black Mountain College studies at Appalachian,” Bathanti said.

The Black Mountain College Semester will feature multiple exhibitions across the Appalachia, including the Turchin Center’s exhibit, which will be available to the public through June 12, as well as exhibitions held at the Blowing Rock Art & History Museum, the Belk Library and the Swannanoa Valley Museum and History Center.

This semester will offer a number of educational opportunities throughout the spring, including a series of lectures, readings, workshops and special courses led by Appalachian State and the Turchin Center.

Featured Image Caption: The Turchin Center exhibition “Creative Democracy: The Legacy of Black Mountain College” will be open to the public from Jan. 12 to June 2.