Appalachian State University Through the Eyes of Transfer Students 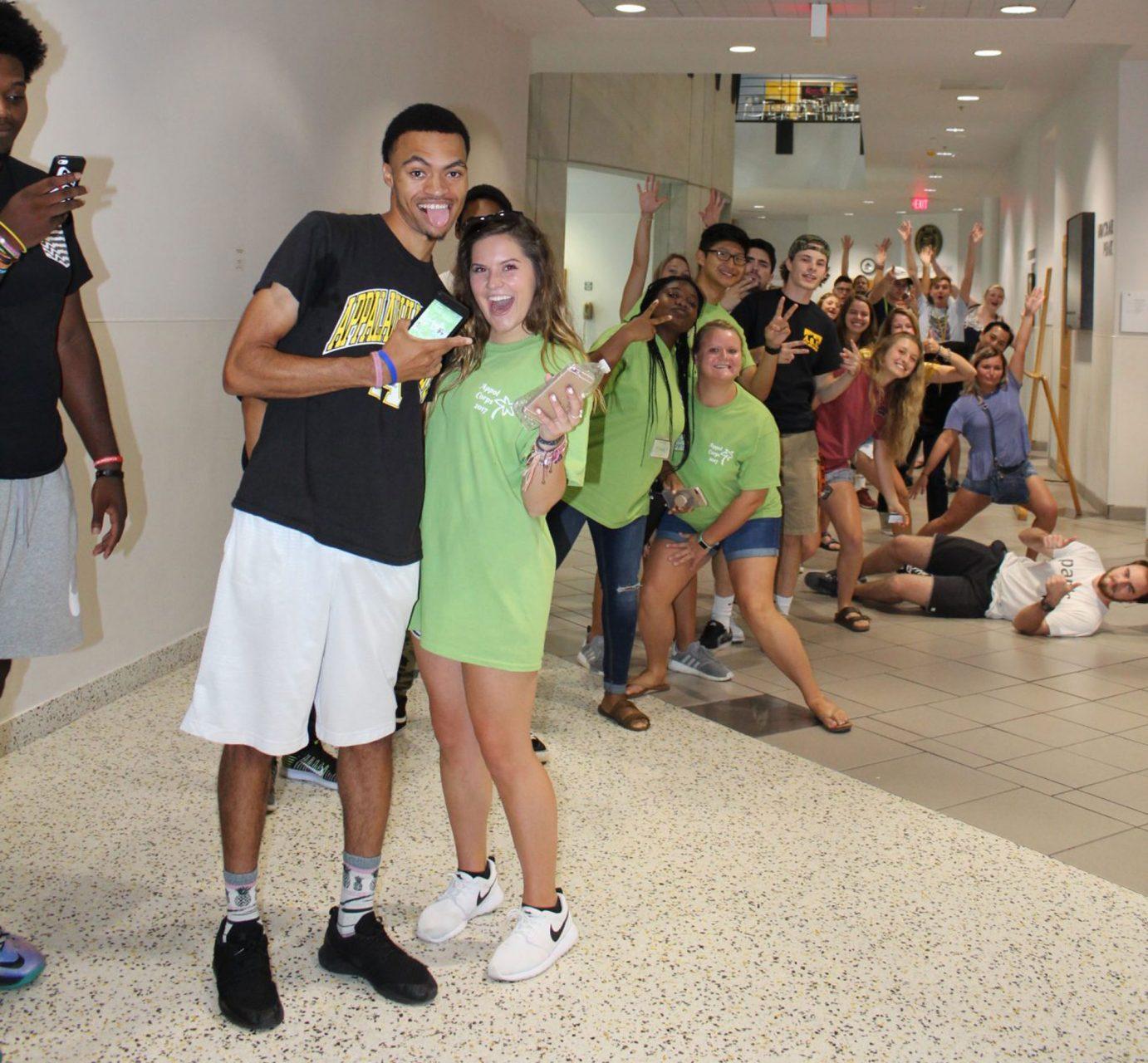 Transfer students line up in the student union for free food at the APPetizer.

According to Appalachian State University’s website, there are currently 18,295 students in attendance, and out of that population, 1,302 are new transfer students.

In total, records from fall 2016 indicate that the 4,711 students are new or continuing transfers.

Though this number is small by comparison to the rest of the student body, it speaks volumes.

Out of any other potential choice in higher education, almost 4,700 students chose App State over all other institutions to pursue a degree while surrounded by beautiful, scenic views, an accepting community and an eclectic university staff that will help you every step of the way.

As a recent sophomore transfer from UNC-Greensboro, I am proud to say that I am one of the 1,302 that recently made the right decision to become a Mountaineer.

During the time in which I attended UNC-Greensboro for my freshman year of college, I decided that it was not right for me and so I quickly began to search for other potential options.

I applied to Appalachian State for the same reasons it has attracted others: the beautiful scenery, high academic credibility and my personal soft spot for the mountains.

Along with the nature and learning aspects, I decided on Appalachian because of its strong support for my major, broadcast journalism.

I found that I am not alone in the reasons that brought me to App State.

Heather Fuchs, a sophomore nursing major, said that her switch was also major-related.

“The nursing program is still pretty new and I want to be a part of something new,” Fuchs said.

While looking at a website that allowed him to compare colleges by what majors they provide and support, Tyler said that he found Appalachian State’s computer science and computer information systems majors were the second best in North Carolina.

Mayra Becerra, a sophomore psychology major, was also drawn to Appalachian State, not only for its psychology department, but also for its professors.

“Every professor seems to really care about your success while at Appalachian State and no matter how busy they are, they will always extend their office hours for their students. Something I genuinely cannot say about most of the other schools I visited,” Becerra said.

Knowing that the transition from one institute to another was going to be trying at times, one can make the best of it by getting to know the campus and fellow peers better.

Over the course of becoming better acquainted to Appalachian’s environment via clubs, organizations and various facilities offered, I began picking out the little “perks” that reminded me why I made this big move.

There are numerous free recreation and festival-like activities that are available on campus several times a week.

I also took note of how easy it is to navigate around campus, and how available my professors are for meeting with outside of class.

Meredith Rogers, a senior social work major concentrating in child protective services, said, “[App State] has so many things to offer, such as any club you can imagine, a great atmosphere, plus a really good football program, which was an added bonus because I love football.”

Rogers said that when she first transferred, she attended an event and ended up meeting her best friend. “To this day, we both joke that if it wasn’t for the Transfer Student Organization, we would have never met,” Rogers said.

“The services for transfer students here at App State are growing to become a better resource for both traditional and non-traditional transfers to make their experience at Appalachian the best it can be,” Rogers said.

In my personal experience, I knew that a beneficial way to transition into my new home and university would be to get further involved on the campus with events involving my major and even exploring new subjects as well.

I quickly began to execute this via joining clubs, attempting to expand my horizons and interests.

For example, it was a very random decision of mine to join Appalachian’s Swing Dancing Club, as I would not say dancing is exactly my forte.

However, it is an attempt at trying out new interests that I had not tried before.

Joe Taylor, a junior exercise science major concentrating in strength and conditioning, decided to reach out to internships in the Boone area that were related to his major.

Taylor currently has an internship with RevFive5 Fitness and Seven Seals CrossFit. “A lot of my time, when I’m not in class or doing homework, is spent helping in the gym. I’ve met a lot of people who are involved with clubs and organizations through the community at Seven Seals,” Taylor said.

It is also interesting to look at the viewpoints of those behind the works of a smooth transfer experience to Appalachian State.

Kim Morton, the assistant director for the Office of Transfer Services, said, “transfers bring so much more varied life to the university. Transfers have gone different paths and different ways.”

Some obstacles that transfers, including myself, may run into is housing. “[Transfers] don’t necessarily understand that our housing is really geared towards transfer students. Then, it’s just, how do you get from your apartment complex to campus? What’s AppalCart?,” Morton said.

The Office of Transfer Services is focused on helping transfer students with various resources, especially answers to these common questions.

Transfer students, while exploring a different environment varying from their past experiences, are definitely not alone in exploring a brand new campus.

As transfers, it is important to realize that though we all have our unique stories and paths, we are united, on one campus, moving forward in our journeys as Mountaineers.

Christina Beals is a sophomore broadcast journalism major from Cary, North Carolina. You can follow her on Twitter at @Christinalala_