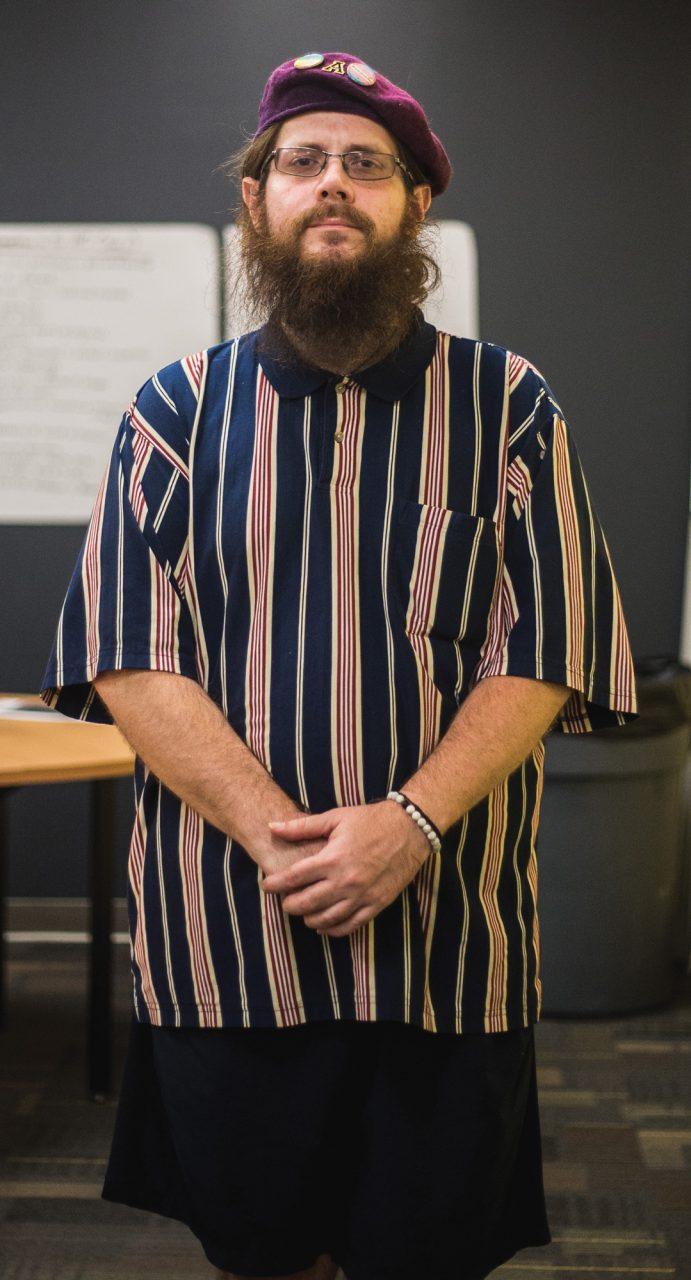 Josh White, founder and president of the Autistic Students and Allies of the High Country. White was urged to establigh the clubs based as his experiences as an autistic scholar and hopes that the ASA will bring together and bond a group of autistic students at App State.

Autistic Students and Allies of the High Country is a group whose mission is to help build a community of autistic scholars here at App State, according to the club president, Josh White.

As a new organization, ASA worked hand in hand with Club Council, which supports and helps new clubs and organizations on campus get started.

“Club Council works to provide resources and funding to clubs and organizations on campus,” Michaela Wilson, a junior psychology major and the president of Club Council, said. “Club Council also helps students get involved with organizations.”

Kaira Harrison, a sophomore health care management major and the director of club development, said that club development works to help new organizations through the first few months of creation through access to Club Hub’s resources, as well as financial funding.

“There are plenty of important clubs that come through that don’t make it through the process. My goal is to make sure that we are a face to these clubs, and we are available to them,” Harrison said. “We only have three clubs pertaining to autism specifically so it is really encouraging to see students coming together to create this club.”

Josh White, a senior social work major, started the organization based off of his own experiences as an autistic student. White is the president of ASA.

“The most common misconception about autism that I see is that people think that just because someone is unable to, or chooses not to communicate verbally, that they don’t understand what’s going on around them,” White said. “I want to help develop autistic student leaders who can help to relay the concerns of autistic Mountaineers to the administration.”

White says that ASA plans to host events such as a vigil for the Disability Day of Mourning in March to remember disabled people who were murdered by their caregivers. ASA will also celebrate Autism Acceptance Month in April.

“There is a saying in the disability rights movement ‘Nothing About Us, Without Us,’” White said. “I want to help initiate a paradigm shift where the lived experiences of self-advocates are taken just as seriously as the opinions of medical experts.”

ASA will be providing a discussion for autistic students on knowledge of self and self-advocacy at the Alliance Bible Fellowship on Sept. 21 from 9 a.m. to 4 p.m.

The talk will cover “essentials of how to foster authentic self-knowledge and self-advocacy, present practical and accessible strategies to teach these strategies, and discuss how to help people on the spectrum confidently ‘speak their truth’ with a strong foundation of: personal awareness,  accessible communication, authentic choice and mutual respect,” according to  ASA’s AppSync page.

Students interested in joining ASA can go to Anne Belk Hall on Wednesday nights at 6 p.m. to room 210.

“I think it’s awesome that this club is coming together,” Wilson said. “Students have spoken up and they have said this is something that we need. Now that there is this new organization, they can partner with similar organizations on campus since they have this common goal.”

Featured photo caption: Josh White, founder and president of the Autistic Students and Allies of the High Country. White was urged to establish the club based on his experiences as an autistic scholar and said he hopes that the ASA will bring together and bond autistic students at App State.