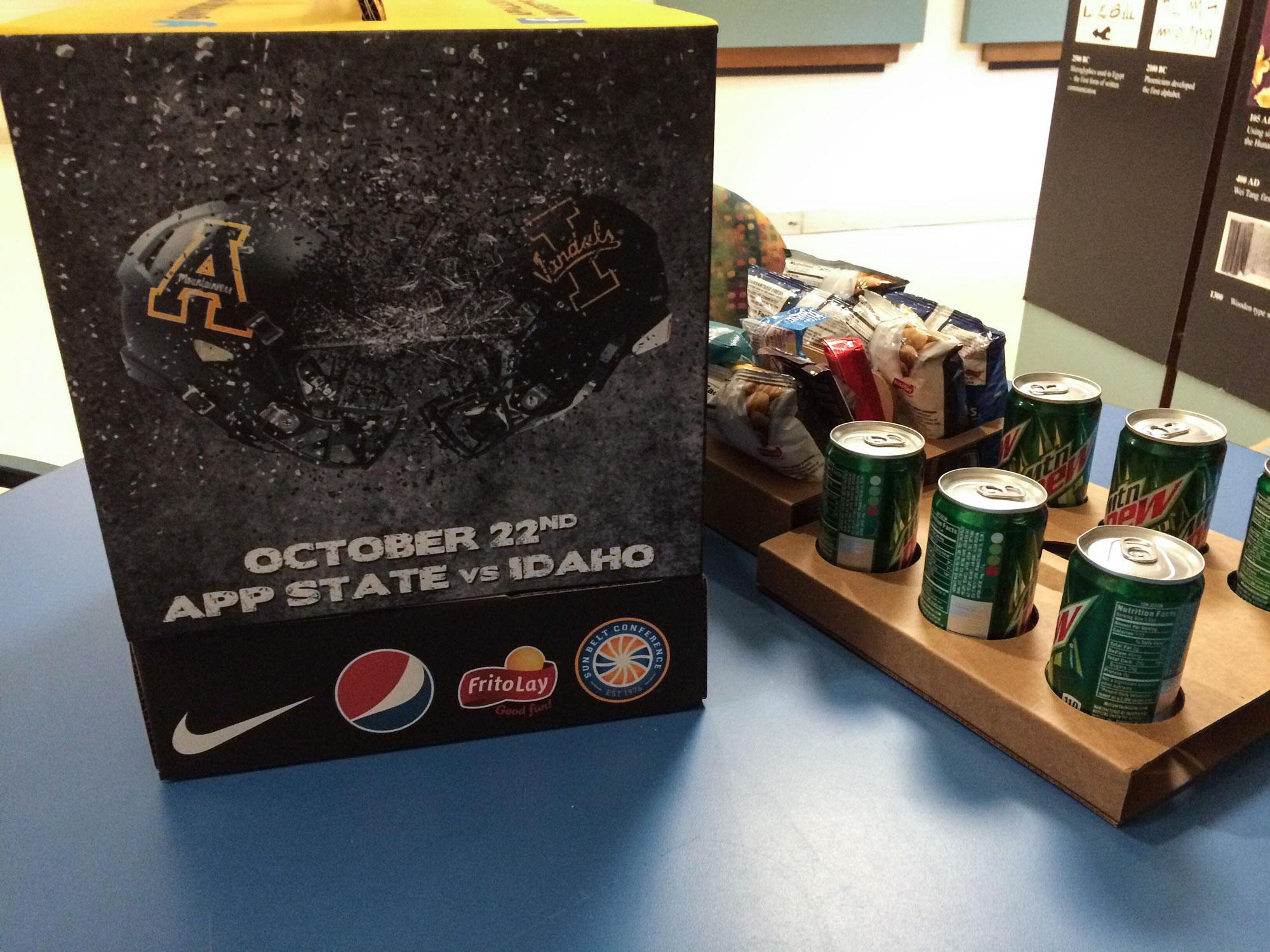 The "Party Pack" for App State homecoming was designed by senior. Morgan batley, a graphic arts and imagining technology major. It was picked by a professor to be entered into the Student Packaging Design Competition of the AICC where it won first place in the graphic design category.

Her design was originally made as a final project and Mandy Wu, assistant professor of graphic arts and imaging technology, picked the best project in the class to be entered into the competition.

“I spent all of reading day last spring recreating it, making sure it was perfect and fixing every little detail on it,” Batley said. “I sent it off and didn’t hear anything for about six months when I got an email saying I had won the graphic design portion of the competition.”

Wu said that Batley put a lot of thought into her graphic designs and that they fit the theme of the competition well.

Batley said the Student Packaging Design Competition is a national competition where different schools from around the country created a tailgating party pack for homecoming.

Batley wanted her design to have a flat top which allows for it to be stacked easier on shelves or displays, she also added a bottom compartment to hold plates.

“Everyone else had the chips or drinks and didn’t think about adding any plates or napkins to it, but the whole point of the bottom was to open it up to put plates and napkins in it, I think that is what set my design aside from other students and everyone else in the competition,” Batley said.

The inside of her party pack has two separate holders, one for chips and snacks and another one for drinks. Batley said she wanted to make sure all the items included were held in a secure insert so that the contents wouldn’t get moved around or crushed during shipment.

“The hardest part was figuring out how to get the inserts set and what material to use without it bending or breaking when you went to lift something out,” Batley said. “My favorite part was making all the graphic design pieces for it because essentially each panel was a different file I created and it definitely helped that I was an intern for App State Athletics so I get access to all those nice pictures.”

Batley received an all expense paid trip to Orlando, Florida where she met with the other winners and received her award at AICC’s SuperCorrExpo last October.

After the awards ceremony, Batley was able to network with different companies in attendance. She met printers who expressed interest in working with the graphic arts and imaging program and got offers from software companies to use their programs in the graphic design program.

Bratley’s party pack will be in a national competition next month after qualifying in the AICC competition.