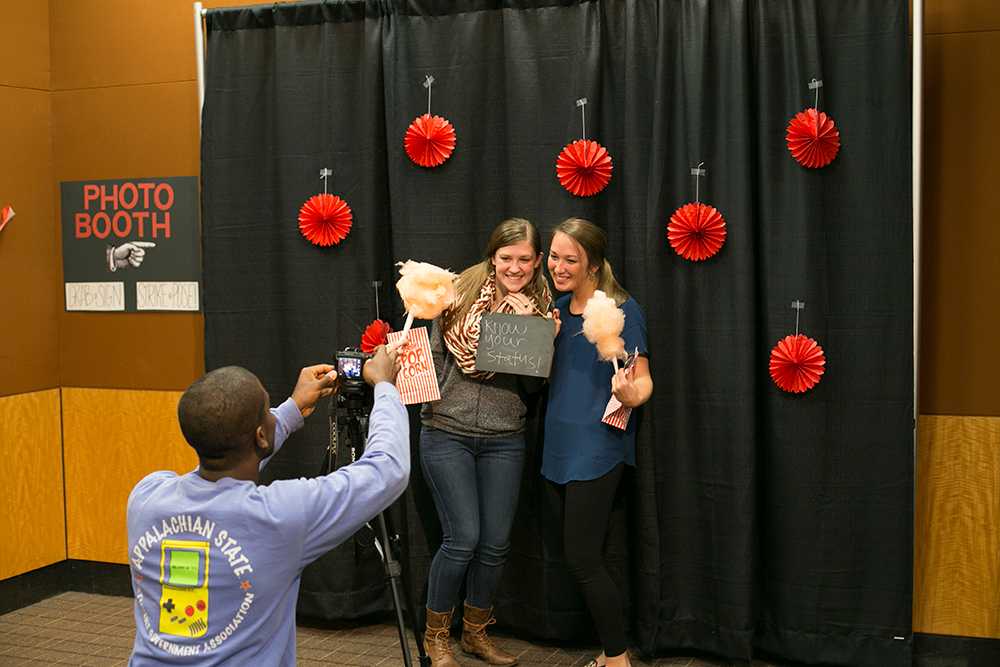 The carnival was held in Price Lake at Plemmons Student Union from 7- 8:30 p.m. Monday.

Faith Morey, SAGA’s vice president of education, was the event head for the carnival and is also managing the rest of the events lined up for HIV Awareness Week.

Morey said two of the main purposes of HIV Awareness Week are to address the stigma surrounding HIV testing and to increase discussion about the virus. She also addressed what makes the carnival an effective approach to education about HIV.

“This is not another educational event where people just sit and watch a PowerPoint,” Morey said.

The purpose of hosting an educational awareness event in the form of a carnival, Morey said, was to take a more fun approach to outreach. The carnival was made up of a photo booth and several game stations where participants could learn facts about HIV as well as precautions to take in order to help prevent the spread of the virus.

Informational pamphlets, stickers and condoms were also made available.

Morey also said the misconception that HIV only affects the LGBT community is harmful.

“HIV affects everyone,” she said. “It’s a big problem in our generation.”

According to the LGBT Center’s Facebook page, around 50,000 people are infected with HIV each year, with young adults being the most at-risk demographic.

Other events will be offered throughout HIV Awareness Week, including free HIV testing on Tuesday, a safe-sex meeting at SAGA on Thursday and a professional drag show at Legends on Friday.