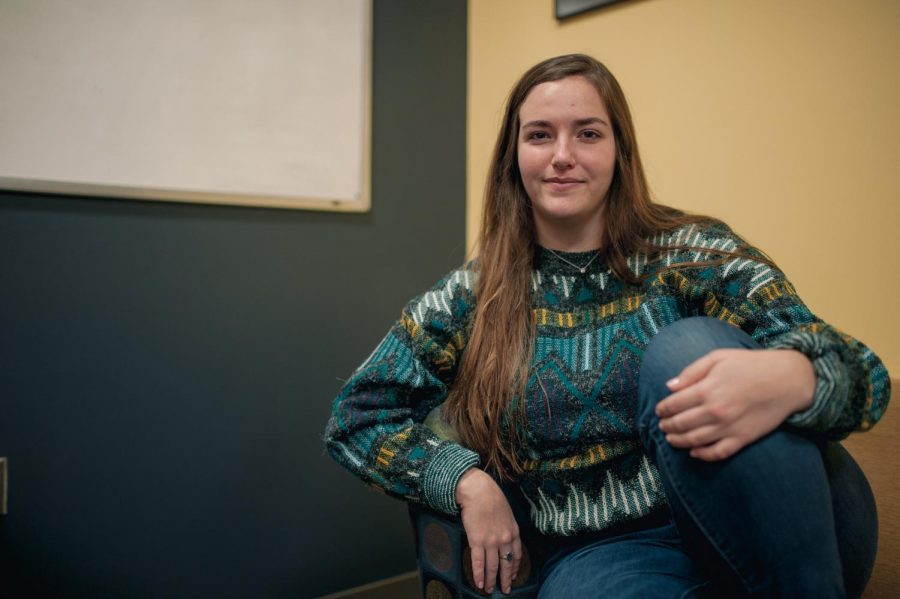 Brigette Kelly, the VP of SGA, is taking the trip to the Iowa Caucus in February in hopes of engaging with the Democratic candidates.

When Brigitte Kelly steps into a polling booth in Boone to vote in the primary election, her vote will be private. On Feb. 3, Kelly, peers and professors from the Department of Government and Justice Studies will see another side to the primary process: the Iowa caucus.

“It’s a beautiful process that we’re not accustomed to here because we just do primaries, and no one really talks about it,” said Kelly, a senior political science major.

Phillip Ardoin, chair of the Department of Government and Justice Studies, is taking 15 students and four professors from the mountains of Appalachia through the plains of Iowa to see the caucus in person from Jan. 30 to Feb. 3.

The caucus differs from a typical primary because votes are public. Those voting in the democratic primary will gather in gymnasiums across the state with the rest of their district and head to their respective candidate’s area of the gym.

As the night goes on, candidates who fail to gain 15% of the vote are eliminated, and their supporters are forced to choose another candidate. These votes are used to decide how many delegates from Iowa will support a particular candidate as the Democratic nominee.

“I don’t know if people realize the caucuses are completely open to the public. And (to) vote in the caucuses, you actually stand in groups,” Ardoin said. “So, it’s completely public. And that, to me, is the thing that I’m interested to see: how the students are going to respond to that.”

Junior political science major Molly Thomas said she is excited to see the “real” side of politics.

“Since this is my first presidential election that I’ll be able to vote (in), I thought, like, what an amazing opportunity to be able to go to the Iowa caucuses, see one of the few remaining caucuses occur and just see what that kind of grassroots political campaign shows you about politicians that primaries and isolated debates don’t,” Thomas said.

Oftentimes, close friends and neighbors might have disagreements about who is the better candidate at the caucus, Ardoin said.

The group will do more than stand in a gym in Iowa on a Monday night. Leading up to the caucus itself, candidates host town halls, private events and concerts the group will attend.

This is not the first time App State has visited the caucus. Taking pointers from some friends at Louisiana State University, who visited in 2008, Ardoin took a group in 2016.

Ardoin said on the last trip, the group of 10 students and two faculty members met eight candidates and attended about 10 events. That was his first time seeing the caucus in person.

Ardoin said by now, many Iowans are tired of the campaign events and politics. In 2016, that worked to their advantage.

“We had the opportunity to sit down with Jeb Bush for, you know, 25, 30 minutes and just talk to Jeb Bush about politics and the campaign,” Ardoin said.

The class is reading a book called, “Why Iowa?” and writing research papers on their experiences when they return.