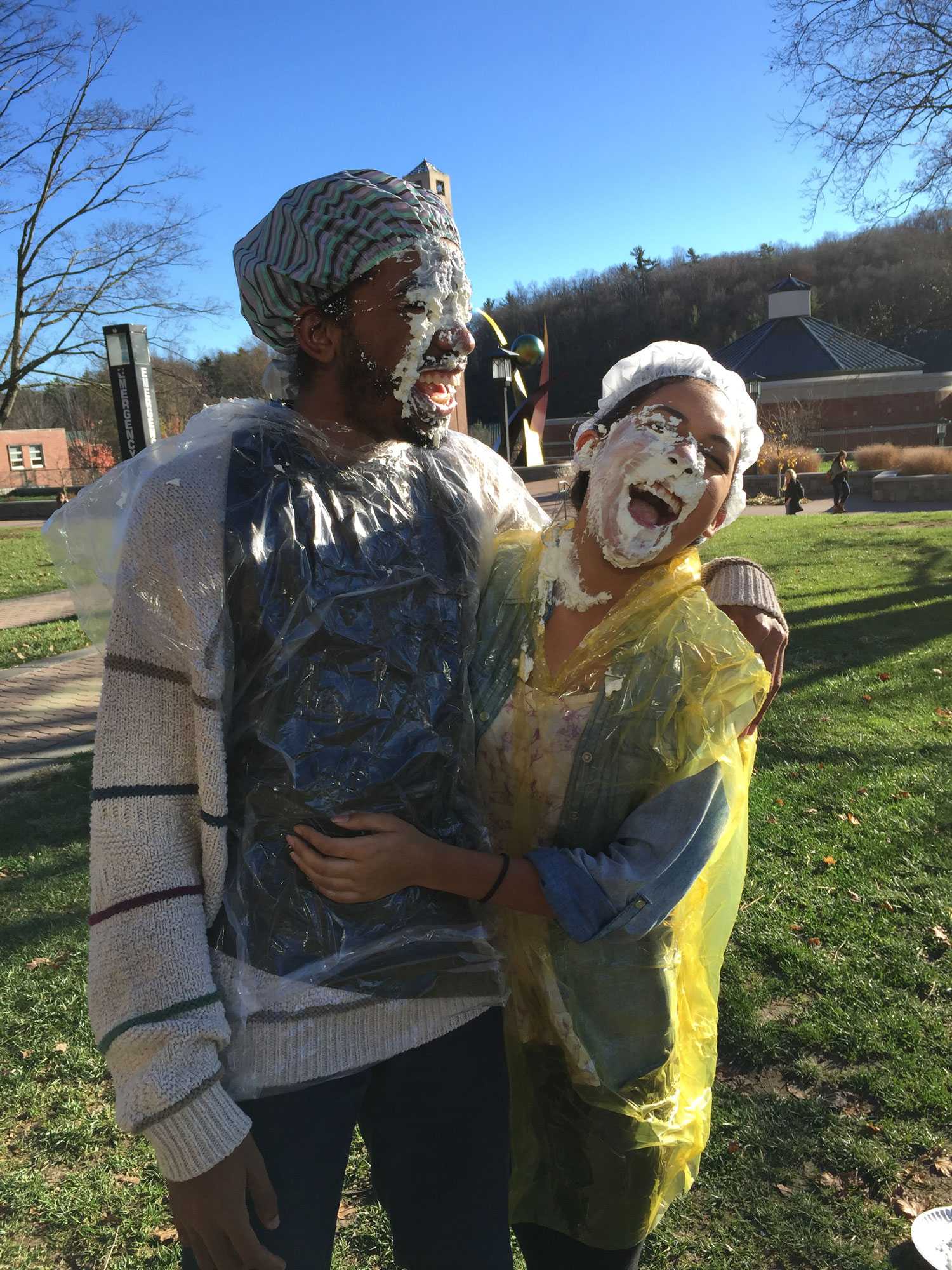 Students of the ASU American Sign Language Club gave students the opportunity to throw a plate of whipped cream at university professors and friends.

Pie-A-Professor is a fundraising opportunity to help raise money for the North Carolina School for the Deaf in Morganton, NC. The club stood in Sanford Mall from 11 a.m. until 4 p.m. offering plates of whip cream “pies” for $3 or two pies for $5. It was the club’s first time hosting this event.

Many of the professors were faculty in the communication sciences and disorders department. Alicia Toomey, an american sign language instructor and faculty adviser to the American Sign Language Club, volunteered.

There was a total of five professors who volunteered to be pied, said the club’s treasurer and social media chair, Alexandra Clark, and each professor was pied an average of five times. Students also pied one another, and there was even a case where a professor pied a student.

“Overall, we had a great turnout for our first time of an event we hope to make a semi-annual tradition,” Clark said. “We were able to raise just over $100, and could not be more grateful to the students of Appalachian State University who contributed their time and money to this amazing cause.”

Junior Cara Nelson pied a professor in the face.

“Usually I wouldn’t bother paying for something, but I’ve never actually seen a fundraiser for this particular cause on campus. I remember two years ago there was a workshop to teach students how the blind navigated daily, but I haven’t seen something similar since.”

Often, students won’t pay for fundraisers, Nelson said, because they won’t have cash on them or there’s no option to take a credit card.

“I for one always make sure to carry some cash on me, because it’s important to show school spirit by supporting small fundraisers or bake sales put on by the clubs we don’t hear about as often,” she said.

“This is a really great idea and unique, not something you see a lot — I think anyone could raise money if they did this. The other unique fundraiser I saw was a pumpkin smash, where students paid to use croquet mallets to smash old pumpkins collected from the grocery store around Halloween,” he said.

Mace said it’s important for the American Sign Language Club and other clubs to continue developing unique ideas for fundraising.

“College life is not boring by any means, but it’s the interesting events you see on campus like the car smash that make it really memorable and also unique in the ways we donate to charity and other good causes,” Mace said.

The club hopes to host another Pie-A-Professor event in the near future.