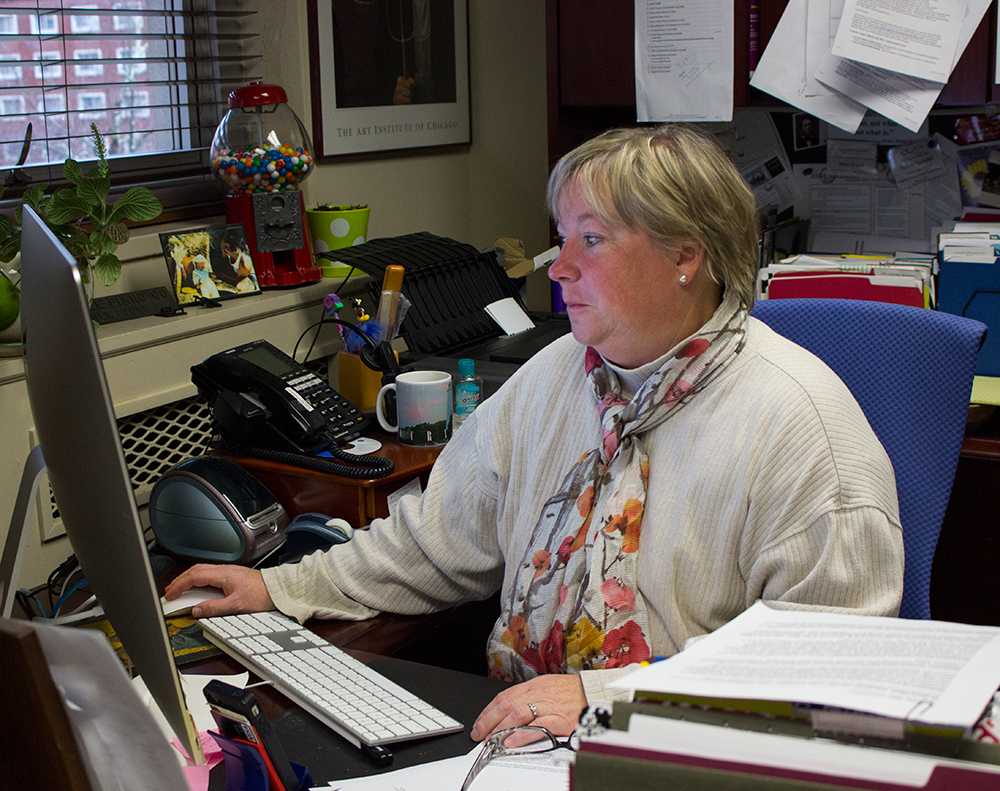 Associate Dean of the College of Arts and Sciences Neva Specht looks over work in her office. Photo by Dallas Linger | The Appalachian

Appalachian State University has been chosen to be included in the National Park Service’s 21st Century Conservation Service Corps.

Although Appalachian does not directly receive any money as a result of joining the 21CSC, the membership allows the university to more effectively bid for jobs that the National Park Service might have.

When the university and the National Park Service apply for federal funds for joint projects, preference is given to institutions included in the 21CSC.

Neva Specht, the associate dean of the College of Arts and Sciences, said it basically serves as a seal of approval.

“Instead of having to go through some huge bidding process, it basically says to a park, ‘We’ve already vetted Appalachian and we know that they’re a good partner, so you can go ahead and work with them,’” Specht said.

These jobs include trail maintenance of national parks, removal of invasive species and renovations to cultural buildings.

Mark Spond, the liaison between Appalachian and the Blue Ridge Parkway said being a member of the 21CSC is a big benefit to the National Park Service, which often doesn’t receive the federal funding it requires.

“The National Park Service, year in and year out, is one of the most celebrated components of our government, but they’re also operating on a budget that’s a little smaller than what they would like to have,” Spond said.

Specht said the important thing about this partnership is student interns will be doing most of the work.

“We really do have a lot of students interested in these kinds of issues,” Specht said.

Spond said students involved are able to gain a first-hand understanding of how government works.

“Students learn about being a state employee, and they learn about the cooperative efforts that are needed between state and federal agencies as well, so there’s a lot of ways the students can take these experiences and learn some real-world skills with them,” Spond said.

Spond said it also serves to make the student employees excited about working for the National Park Service in the future.

“It’s a training opportunity,” Spond said. “It’s an investment for [the National Park Service] to say, ‘Hey, you like doing this as an intern? Have you ever thought about being a National Park Ranger?’ We need these people.”

Specht said in terms of benefits, the partnership is about more than just money.

“It’s a really great experience for students to work with the National Park Service,” Specht said. “This is not a money-making effort, it’s really about giving opportunities to students.”

Becoming a member of the 21CSC is a continuation of a partnership with the National Park Service, which began in 2009 and ended this fall.

Spond believes this new agreement is more detailed than the previous one. Specht said Appalachian will have to reapply again in another five years.

Ultimately, the 21CSC is important because it protects national parks.

“This preserves things that otherwise might just be taken over by development,” Specht said. “And I think the national parks are a real treasure that we have in the United States.”