Appalachian State University baseball was tabbed to finish third in the this year’s Southern Conference preseason coaches poll, which was announced Thursday. 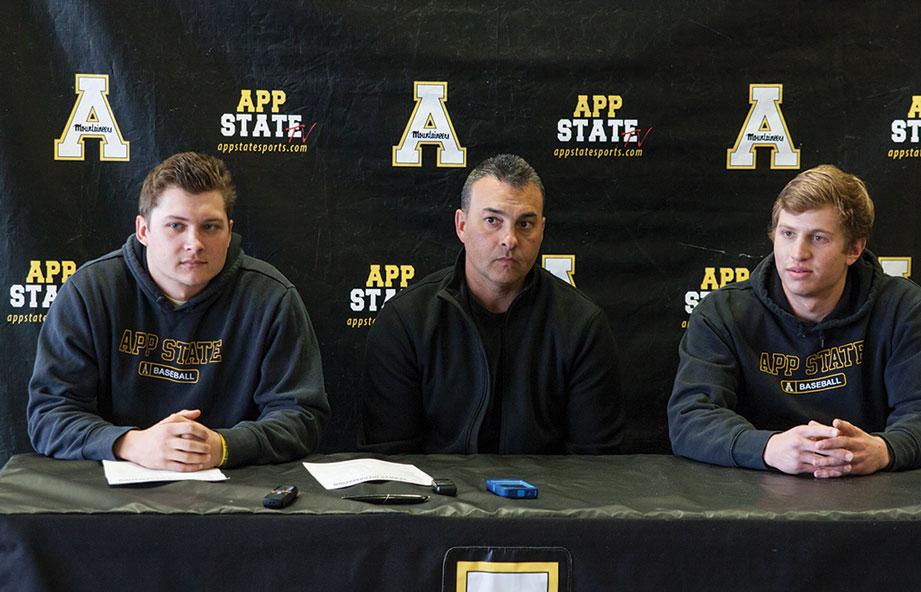 The Mountaineers went 30-24 in 2013, finishing off a school-record of seventh-straight 30-win season.

“Our expectations are simple, we have a championship to play for and we feel like we have a good group and a good mix of lower- and upperclassmen,” Jones said. “We’re excited for what’s ahead of us.”

First-team outfielder Tyler Zupcic earned preseason all-conference recognition despite not having stepped on the field in 20 months.

During App State’s 5-4 victory over Oklahoma in the opening game of the 2012 NCAA Regional in Charlottesville, Va., the fifth-year senior journalism major suffered a torn LCL, PCL and a fractured fibula and was unable to compete in the 2013 season.

Zupcic hit .338 with 17 doubles and 12 stolen bases as a junior in 2012 to help lead the Mountaineers to their first SoCon championship in 25 years.

“My health is good and I’m ready to go,” Zupcic said. “I’m really excited to be back out there, it seems like it’s been a while since I’ve been able to play and the expectations for myself are going to be the same I’ve had for my past three years of playing.”

Returning pitcher Jamie Nunn earned second-team all-conference honors. During the 2013 season, he tied for most wins in the Southern Conference with nine and ranked 11th in the league in strikeouts (77).

“This year I feel like our pitching is going to have a lot more variety,” Nunn said. “We’re not going to be as reliant on one or two guys, and all of us get along really well. I don’t think there’s going to be much nerves.”

The Mountaineers will begin the 2014 campaign when they take on Arkansas on the road in a three-game series starting Friday.

App State continues its stretch of 12 straight away games with some against Tennessee, N.C. State and UNC. The Mountaineers will then take on UNC Asheville in their home opener March 7.